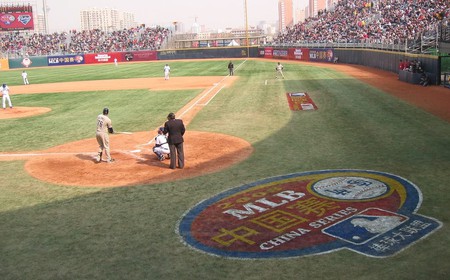 Major League Baseball (MLB) has teamed up with Tencent to increase baseball’s visibility in China, the league recently announced. Tencent, a lead provider of internet services in the nation, will live stream 125 games including MLB jewel events on an exclusive basis on Tencent PC, mobile, and OTT platforms.

In celebration of the multi-year partnership, Tencent launched Super Baseball Week with five consecutive days of games from April 4-8. Following that, Tencent will live stream regular-season games on Wednesday, Thursday, Saturday, and Sunday each week, as well as the MLB All-Star Game, Home Run Derby, and every game of the postseason and World Series.

“As MLB continues to expand the participation, viewing, and engagement of baseball in China it is critical to partner with the best organizations in the country to form mutually beneficial co-operations,” Jim Small, MLB Vice President, Asia Pacific, said in a release. “… We are confident that the assortment of MLB games, shows, and events that Tencent will stream will entertain millions of sports fans in China and help continue to grow the sport.”

Interest in baseball has continued to expand in China. The sport is played in more than 80 colleges and universities — double the number from seven years ago — and more than 40 new facilities have been built in the past year by local governments and individuals.

In 2017, MLB and Beijing Enterprises Real-Estate Group, a top Chinese state-owned enterprise, announced a 10-year relationship to continue to grow the sport in China, particularly in building baseball facilities to keep up with the growing demand of participation in baseball. MLB would consult on facility design, field management, and operations.

The league maintains three development centers in China in Wuxi, Changzhou, and Nanjing.