Macau’s Native Language Is on the Verge of Disappearing 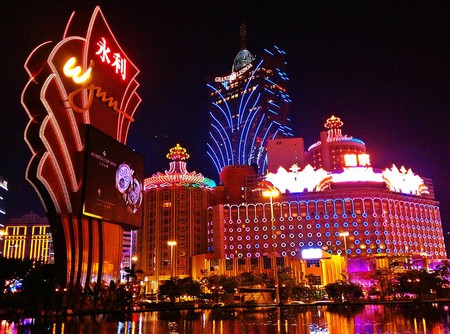 Macanese patois is now a UNESCO critically endangered language spoken by fewer than 50 people. However, a small community of Macanese people is spearheading an effort to revive the language and hold onto it as a medium of Macanese culture.

In the years since Macau was handed back to China, after over 400 years as a Portuguese colony, it has been a city of rapid transformation. In the past two decades, Macau has transformed into the world’s most successful gambling city, with annual profits seven times greater than Las Vegas. The booming gambling economy in Macau has resulted in the city becoming one of the richest territories on earth.

Macau has transformed into the most successful gambling city in the world. Caption | © Courtesy of Stefan Magdalinski / Flickr.

However, what you hear less about is what Macau has lost or is losing. The Macanese people are of mixed race (Portuguese and Chinese ancestry), but those who stayed after Macau transferred back to Chinese sovereignty in 1999 are today in the minority. Fewer than 8,000 Macanese reside here. Meanwhile, Macau’s population of 600,000 is about 95% Chinese and rising. Surprisingly, more Macanese now live in the US and Canada than in Macau, having emigrated prior to the handover.

The diminishing Macanese community in Macau has meant that its culture and traditions have also been affected, and none more so than Macau’s native language known as Macanese patois (Patuá).

The origins of Macanese patois date back centuries to when Macau first became a Portuguese trading post in 1557. It’s a creole language that blends Portuguese with Cantonese and Malay, plus traces of other languages from countries where the Portuguese stopped off.

Patois used to be the mother tongue of the Macanese community and was widely spoken. However, the language started fading out of use from the 1930s onwards as pressure was put on Portuguese colonies to speak ‘good Portuguese’. Macanese patois took a back seat to standard Portuguese, and people were often mocked or derided for speaking it.

A song in Macanese patois

UNESCO officially listed Macanese patois as a critically endangered language in 2009. Today, it’s thought that fewer than 50 people still speak patois in Macau. Patuá is almost non-existent among the young people, alongside Portuguese, as they are losing the ability to speak in their native tongue.

However, all hope is not lost for the endangered language, as a small handful of locals are heading the effort to revive patois as a medium of Macanese culture.

Among them is Miguel de Senna Fernandes, a local lawyer and president of the board of the Macanese Association who is one of the main faces of the Patuá dialect revival. Currently, he is director of Macau’s Patuá-language drama group called Doci Papiaçam di Macau. For over 20 years, they have been preserving the language through original and humorous plays performed in Patuá by local actors. The group’s performances have become one of the most anticipated regular features in the annual Macao Arts Festival. They present their plays with subtitles in English, Chinese and Portuguese.

Another Macanese local who is passionate about reviving patois is Elisabela Larrea, a PhD student and local expert on the language. Elisabela has initiated a bilingual blog that introduces Macanese culture and Patuá dialect flashcards to English and Chinese readers.

“Our parents gave up what was ours for a language that isn’t; now we are left to grab back what truly represents our culture, our spirit. Patuá is our language; it is ours,” says Larrea.

With a rising Chinese population, languages such as Cantonese and Mandarin are becoming ever more dominant in Macau, and both Portuguese and Macanese patois are being squeezed out. However, the likes of Fernandes and Larrea are determined not to give up the fight to keep their beloved patois alive.

“I believe that Patuá, a creole dialect seen as facing extinction, is like a terminal cancer; as a responsible doctor, we have to continue fighting, in hopes that a miracle will come,” says Larrea.