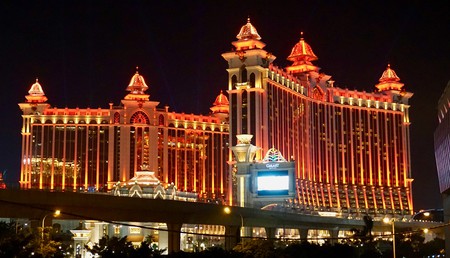 Macau, the small autonomous territory on the southern coast of China, is predicted to overtake oil-rich Qatar to become the world’s richest place, in terms of GDP per capita, by 2020. Famous for its casino resorts, we checked out the most extravagant ones that have helped the city’s wealth soar to a top position.

Sometimes referred to as the “Las Vegas of the East”, in the past decade Macau has swelled into the most successful gaming capital in the world, regularly raking in as much as five times more in annual casino revenue than Las Vegas.

Tiny Macau, which is only 30.8 sq km (around 40 times smaller in land size than neighbouring Hong Kong), has now been predicted by the International Monetary Fund to overtake oil-rich Qatar to become the richest place on earth by 2020. The city’s GDP per capita is expected to reach US$143,116, far ahead of Qatar’s US$139,151. This is a mighty feat for such a small city.

Ever since Macau liberalised its casino industry in 2002, opening up to foreign investment, new multibillion-dollar casinos have been popping up all over the place resulting in jackpot earnings from casino taxes. Last year the Macau government reported fiscal reserves of US$68.8 billion. 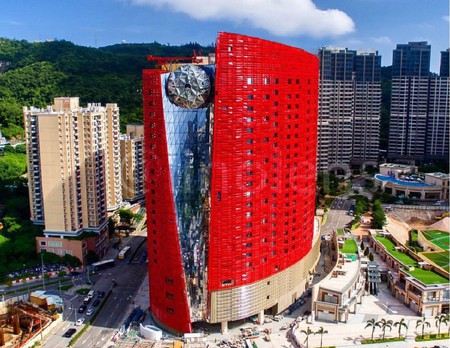 The US$1.6 billion The 13 hotel has been touted as the ‘world’s most luxurious’. Room rates are expected to reach US$100,000 a night. | © South Shore Holdings Limited

From the outside, the hotel is designed to resemble a royal red robe surrounding a crystal core with a huge diamond ornament sitting atop the hotel. A fleet of 30 bespoke red Rolls-Royce Phantoms chaperone guests to and from the property, with top villas renting for US$100,000 a night.

Other ostentatious examples of Macau’s enormous wealth are dotted all over the city. The striking Grand Lisboa, the city’s tallest building, is a giant gold-coloured structure in the shape of a lotus flower. Inside, it features a casino, lavish hotel rooms, and a number of fine-dining restaurants including two three-Michelin-starred eateries: Robuchon au Dôme, serving European cuisine, and The 8, a fine-dining Chinese restaurant. 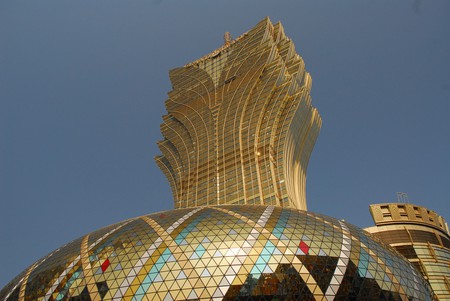 Another recent opening is the equally striking ‘Morpheus’ hotel. Situated on Macau’s Cotai Strip (the city’s equivalent of the Vegas Strip) it’s the first tower in the world to be supported only by its aluminium exoskeleton casing. Designed by world-renowned Zaha Hadid Architects, the US$1.1 billion project features 770 guest rooms, suites and sky villas, gaming rooms, a spa, a rooftop pool, and world-class restaurants with chefs such as Alain Ducasse and Pierre Hermé. 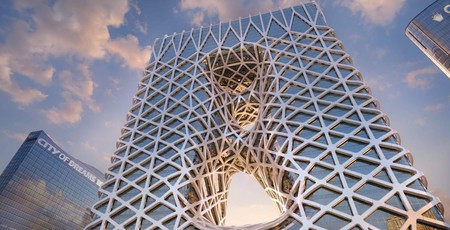 Meanwhile, Macau is also home to the world’s largest casino. Located inside the landmark Venetian resort, here the casino space measures upwards of 34,000 square metres. It’s home to 878 gaming tables and 3,300 slot machines and is three times the size of the biggest casino in Vegas. What’s more, the resort is home to 3,000 guest suites and boasts a total floor area the equivalent of 56 football fields. 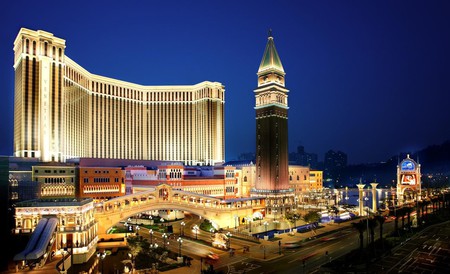 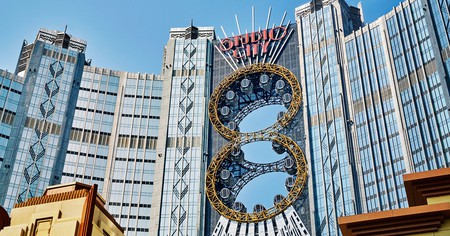 It’s not just the casino resorts that are enjoying the city’s prosperity. Given Macau’s vast riches and its small population of only 653,100 (as of 2017), the local government has been issuing residents with a small annual cash dividend. Every year since 2008, permanent Macau residents receive 9,000 patacas (US$1,107), funded by huge profits from the city’s casino taxes. Nonpermanent residents receive 7,000 patacas. Therefore, at least for now, it literally pays to live in Macau.