Macau in the Movies: 6 Times Macau Hit the Big Screen 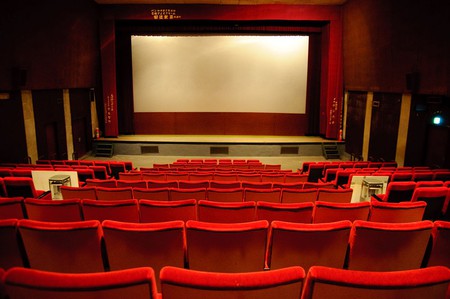 With it’s unique mix of East-meets-West architecture and culture, Macau has become a popular filming location for movie makers the world over. From James Bond to Johnny English, here’s a collection of Macau’s Hollywood best bits so far.

This movie was the first to put Macau on Hollywood’s radar. Starring Roger Moore in the lead role of James Bond, Macau was selected as a shooting location because of its prevalence of casinos. The movie featured shots of a floating casino by the name of ‘Macau Palace’. This old Macau icon was eventually closed in 2007 and removed to make room for new development. As of now, it remains in our memories (and James Bond films) only.

The opening scenes of this Hollywood classic were shot on location in Macau. In the movie, Indiana Jones (Harrison Ford) was seen trying to escape the baddies by jumping out of the window of Club Obi Wan in Shanghai. In real life, that club was actually a former hotel in Macau by the name of Pensão Sun Sun Hotel, which was located near to the inner harbour along Praca De Ponte E Horte. In the past, Macau was frequently used as a location to shoot scenes replicating China as access to mainland China was restricted at the time. Today, the old hotel has been replaced by a new one called Best Western Hotel Sun Sun.

This romantic comedy starring then husband and wife, Madonna and Sean Penn, filmed several scenes in Macau. Notably, in the film, Penn’s character was staying at a hotel called the Penang Hotel. In reality, this was an old dilapidated hotel by the name of ‘Hotel Cantao’, located in Macau at No. 286 Rua do Guimaraes. Today, it has been renovated into a stylish café. Penn later revealed that he was arrested for attempted murder in Macau after dangling a photographer over a ninth-floor hotel balcony while filming there. Penn escaped prison and was later pardoned by the government. The film was a huge flop, costing US$15.5 million to make and earning a measly US$1.1 million.

Starring Rowan Atkinson (Mr Bean) in the title role as a spy, the action briefly moves to Macau and features exterior and interior shots of both the Casino Lisboa and newer neighbour Grand Lisboa (Macau’s tallest building, often nicknamed “the giant golden pineapple” by locals, as its shape bears a striking resemblance to the fruit.)

The 2012 James Bond hit, starring Daniel Craig, featured scenes of the ‘Golden Dragon Casino’ in Macau. Unfortunately, this casino, along with all the clips of so-called Macau, were actually created and filmed at Pinewood Studios in the UK. Yet, the huge success of the movie still helped to raise awareness of little-known Macau around the world.

A large portion of this magic caper thriller, starring the likes of Woody Harrelson and Daniel Radcliffe, were shot in Macau. Several scenes were filmed inside the lavish suites at the Sands Macao Hotel. Other major scenes were shot at the futuristic-looking Macao Science Centre, The Venetian Macao, Rua da Felicidade (a popular alley in Macau, nicknamed ‘the street of happiness’) and also Iong’s Magic Shop – one of the most renowned magic stores in all of Asia.