Here's Why Macau Is Perfect For Culture Lovers 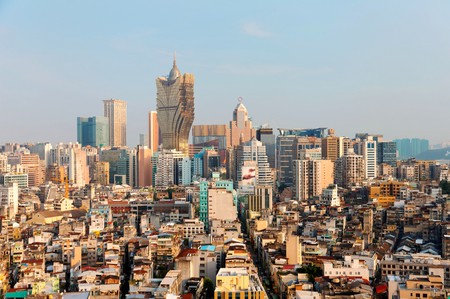 It’s known as the Las Vegas of Asia, but there’s far more to be found in Macau than just casinos. Venture beyond the glittering betting halls and you’ll be pleasantly surprised at how a city so small can offer so much. Here’s just a handful of reasons why, for culture lovers, Macau is a sure bet. 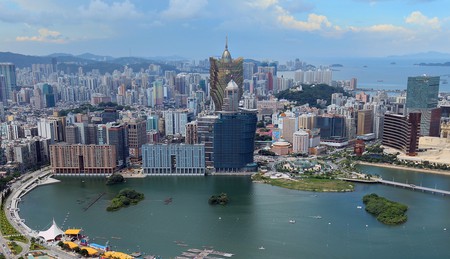 Macau sits nestled on the west side of the Pearl River estuary, 60km west of its bigger, more famous neighbour Hong Kong. It’s best known for its gambling, but it’s beyond the casinos that you really start to discover this diverse city. Take a walk around and you’ll be in no doubt as to why it’s fast becoming one of the most popular destinations to visit in Asia. With its unique fusion of East-meets-West architecture, UNESCO World Heritage sites, top restaurants, street eats and internationally famous sporting events such as the Macau Grand Prix, you needn’t even step inside a casino to enjoy your time here. In fact, for every type of culture lover, Macau has you covered.

A former Portuguese colony, Macau is the only place where stunning Catholic churches stand yards away from ancient Chinese temples. This unique assimilation of Eastern and Western architectural influences makes Macau very photogenic. Given that so many of its heritage buildings are well preserved and in close proximity to each other, a walk around Macau to marvel at its architectural hits is a must. 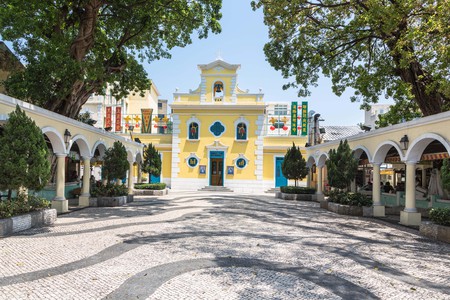 The church of St. Francis Xavier in the charming village of Coloane in Macau | © AsiaDreamPhoto / Alamy Stock Photo

St Lazarus district exemplifies the charm and beauty of Macau’s architecture. This hidden gem is located just a 10-minute walk northeast of the Ruins of St Paul’s and Senado Square (see below). Complete with Portuguese-style cobblestone paving and colourful colonial-style buildings, this lesser-visited district is home to some of Macau’s prettiest streets.

A must-see is the beautiful and historic St Lazarus Church, one of Macau’s oldest Catholic churches. The streets surrounding the church are some of the city’s most colourful; don’t miss Albergue SCM, a beautiful courtyard with two striking camphor trees standing before a cluster of mustard-coloured 19th-century buildings. Tap Seac Square with its distinctive red and yellow public art gallery is also well worth a visit. 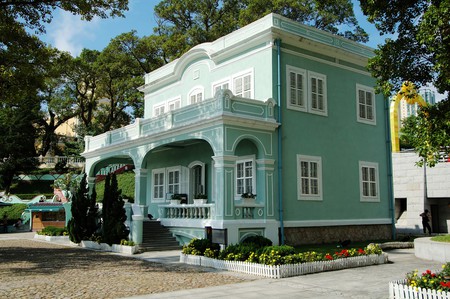 A stone’s throw away from the main casino strip lies Taipa Village. Regarded as Macau’s leading destination for culture and heritage, it’s one of the best-preserved parts of town. You’ll find great restaurants and souvenir shops, in addition to some of Macau’s key architectural highlights, among them the Taipa Houses-Museum. Built in 1921, these distinctive green houses once served as a residence for the Portuguese governor and other high-level civil servants and their families. In 1999, they were transformed into a museum complex.

It’s not just colonial buildings you’ll find in Taipa, however. Among the village’s winding lanes and pedestrianised alleys you’ll find fine examples of Macau’s architectural juxtapositions, with Chinese temples – such as Pak Tai temple, with its own worship pavilion – within the same neighbourhood as stunning Catholic churches, such as Our Lady of Carmel.

In 2005, the historic centre of Macau was inscribed as a World Heritage site, recognising the unique combination of Chinese and Portuguese influences that have shaped the city. In total, 22 sites have been recognised by UNESCO for having cultural and historical significance. Here’s just a handful that history buffs would be remiss not to visit. 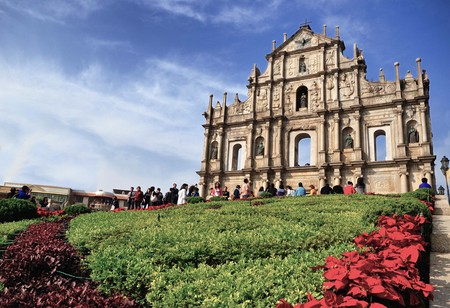 Built between 1602 and 1640 by Jesuit priests who spread Catholicism to the East, this is one of Macau’s most visited landmarks. St Paul’s was once one of the largest churches in Asia and was known as the “Vatican of the Far East”. The site is formed of a beautiful granite facade with a grand staircase leading up to it, which are the remains of St Paul’s College and the Church of St Paul.

Macau’s oldest and most famous temple, A-Ma temple, was built in 1488 and is dedicated to the Chinese goddess Mazu, protector of seafarers and fishermen. It is also believed to be the source from which Macau’s name is derived. 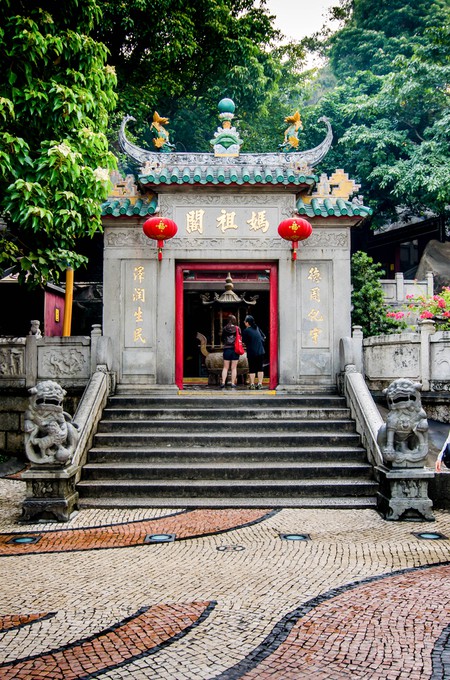 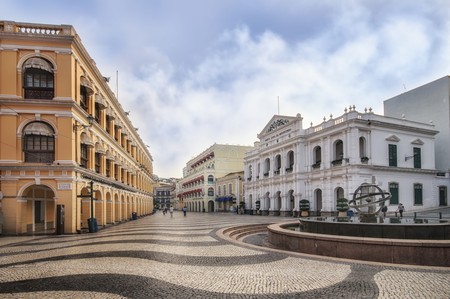 There’s a saying that goes, “You haven’t been to Macau if you haven’t been to Senado Square”. Indeed, Macau’s colourful town square is not to be missed. Its surrounding pastel-coloured buildings and distinctive mosaic-tiled paving make it one of the most visually striking squares in the world. 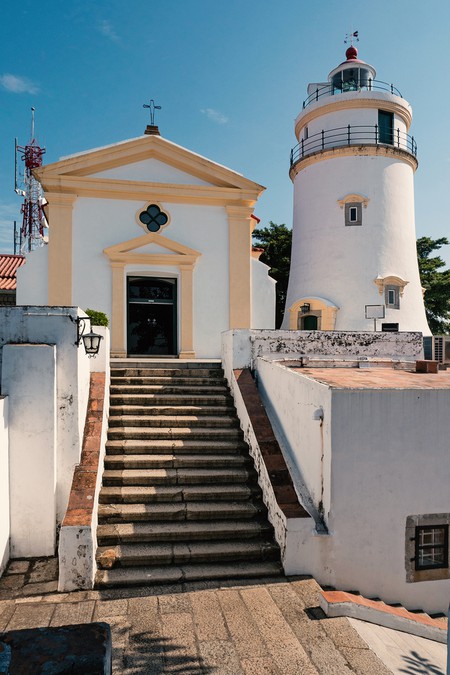 The chapel and lighthouse at Guia Fortress | © pio3/Shutterstock

Constructed in the early 1600s, the fortress features a fort, a chapel and an adjacent lighthouse. The lighthouse was finished in 1865 and was the first Western-style lighthouse on the Chinese coast. If you walk through the Flora Garden Gate at the foot of the hill you will find a cable car that takes you to the top, where you can enjoy some of the most picturesque views in Macau. 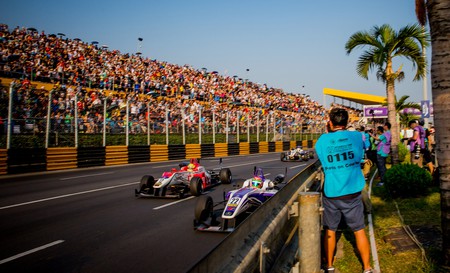 Macau’s biggest annual sporting event, the Macau Grand Prix, races into town every November. The roaring action takes place on one of the most exciting and challenging race circuits in the world: the Guia Circuit. Winding its way around the hills of Macau with narrow points and tight hairpin bends, the Guia Circuit has earned its reputation as one of the world’s greatest street racing courses. Hundreds of thousands of spectators turn out to catch the action and soak up the adrenaline-charged atmosphere every year. It’s an opportunity to see some of the world’s finest sports cars and witness the technical brilliance of the best Formula Three racers around. It’s also a chance to spot the future stars of tomorrow. Past winners have included top names such as David Coulthard and Michael Schumacher.

It’s with good reason that Macau was named a Creative City of Gastronomy by UNESCO in 2017. With a culinary legacy dating back over 400 years, Macau’s own native Macanese cuisine is a unique blend of Portuguese and Chinese cooking and is widely considered the world’s first fusion food. Try delicious Macanese signature dishes like minchi and African chicken at local Macanese restaurant Riquexo. Managed by 102-year-old Aida de Jesus – dubbed the godmother of Macanese cuisine – and her daughter Sonia Palmer, Riquexo’s delicious homestyle dishes hit the spot every time.