Lulu Wang On How ‘The Farewell’ Balances Chinese and American Cultures 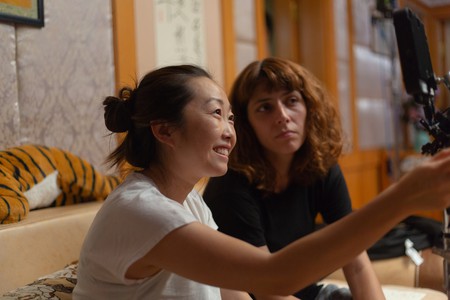 Having wowed audiences at the Sundance Film Festival, family drama The Farewell has also been a hit with critics around the world. Writer and director Lulu Wang tells Culture Trip how she went about making such a personal film that bridges two very different worlds.

“When I set out to make the film, I wasn’t expecting it to be that big. I made it very specific to Chinese-Americans and my immigrant family, and some people said that would be too niche. I grew up watching families that don’t necessarily look like mine, but I was always able to relate to them myself,” Wang says, highlighting one of the many challenges The Farewell faced even before cameras started rolling. 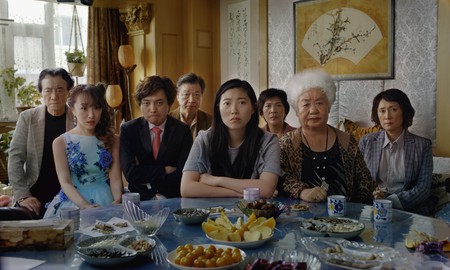 The filmmaker was born in Beijing but relocated to Miami with her family when she was six, a move that is mirrored in her movie. The central character of her latest film is loosely based on herself, and the secret at the heart of the movie is also inspired by a real-life family situation.

Largely set in Changchun, China, The Farewell (Bié Gàosù Tā) tells the story of Billi Wang (Awkwafina), a struggling writer in New York, who has recently seen her application for a Guggenheim Fellowship rejected. Although she is close to her parents, who moved with Billi to America from China when she was just six years old, the family all gravitate towards genial Nai Nai (Billi’s paternal grandmother).

When news reaches the American family that Nai Nai has terminal cancer, the Wang clan agree to keep the illness a secret from Nai Nai – much to Billi’s chagrin. A plan for a hastily arranged wedding is put into action, which in reality is a pretence for the whole family to gather by Nai Nai’s side in China without giving away “the secret”.

“I had to convince people it would work,” Wang says, explaining why the film is in both English and Mandarin. “When I first pitched the story to American investors, they felt elements might be too alienating for a Western audience. But then even Chinese investors were worried that the main character was actually American and had an American perspective on this situation. It was a battle to get people to understand it, but that’s my job as a director, to get that across.”

Making a film that was so personal to her, Wang was keen on keeping the locations we see in the movie as close to home as possible. “My grandmother actually lived there,” says Wang. “It’s her city. China is obviously vast, and each region is different, with its own customs and cultural rituals. I wanted to make sure we didn’t misrepresent anything about the culture, so setting it and filming it where my family actually lives meant that I could stay true to all the details.”

As China develops commercially and economically at a rapid rate – not least in terms of cinema attendance, which now tops that of any other country – The Farewell touches on these changes in subtle ways. “You look at Beijing and Shanghai,” says Wang, “and you wonder how much can it possibly change, but that feels like everywhere. The speed of it all is what can be jarring. Every time I go back it feels different to me. Making this film meant that I got to spend a lot of time with my family in China, and they came to set. It was a tremendous gift to get to spend some time there.” 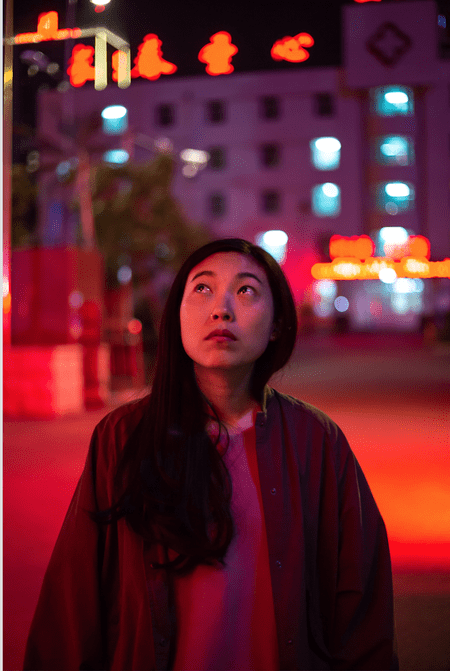 Awkwafina in ‘The Farewell’ | © A24/Entertainment Films

For the role of Billi, Wang cast Nora Lum, better known by her professional name, Awkwafina. “I had to find someone who was authentic in terms of an actor who could portray a ‘fish out of water’, but for someone who looks like every other fish in that water! Visually she belongs, but her essence and body language felt different. For Chinese audiences that can instantly tell that she has an American accent when she speaks, it was obvious. For American audiences we have people in the script saying it. Nora actually speaks much better Chinese than I do, so I crafted the script so that it was tailored for her. I definitely didn’t want an imitation of me for the role, but for Nora to put herself and make Billi a conduit for the audience.”

Wang cites the family dramas of Mike Leigh and Ruben Östlund as inspirations for The Farewell. Tonally, Wang’s movie blends melancholy humour with a sense of robust family dynamics in flux. It’s a tough pitch to sell, but the director knew that this was the type of film she wanted to make. “It’s the way I see the world. It’s funny and absurd but also really sad at the same time. I just had to find the right way to find that balance.”

Other unlikely forms of inspiration came from viewing the film as a horror or thriller. “The sense of dread of the lie being discovered was portrayed by placing the camera as they do in horror films, with a constant fear that the monster – which in this case is the lie they are all partaking in – could come out at any time.” 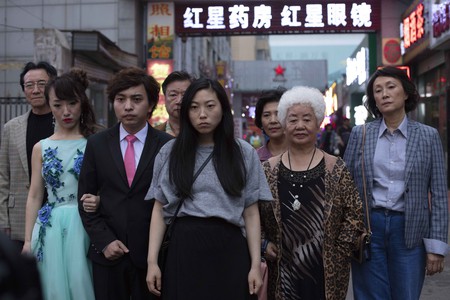 The Farewell has played on the international film-festival circuit and been on release in the US for a while. General Chinese audiences will get to see the film soon, and judging by the audience’s reaction at a screening at the Shanghai Film Festival earlier this year, the movie might hit home in a different way than it does in America. “There were plenty of laughs and tears,” says Wang, “but my team that went there told me that the laughs were very different to the ones we get in America. I want to know actually where they laugh.”

Wang says the idea to turn her real-life experiences into a film came to her as soon as she lived them. “As soon as I knew that I would be following this decision [not to tell Nai Nai that she was dying] that my great aunt made, I felt like it was so absurd that it would be a screwball comedy. I think it was also a way of surviving the situation, but then I had so many detailed memories of it that I had to write it down. The film made itself in that way.”

Highlighting just how personal a project this was, Wang cast her great aunt to play herself in the film. “She was the only non-professional actor in the movie, but getting her to a place to play herself felt so good, because I was sharing someone I love so much with the world.”

Finally the lie itself, the one that inspired the film and is a constant presence in The Farewell, has to be addressed. Wang hasn’t changed her mind about what she thinks about it all. “I feel the same as before, but perhaps with more compassion for the lie. It has to be questioned but is also justified, and I don’t think the two have to be mutually exclusive. Some days I feel differently about it, but it’s really important for me that the audience were in the same place as me. The effect of it on the people involved. ‘What would you do? Would you want to be lied to?’”

The Farewell is on general release in the UK and US now and will be released in China soon.