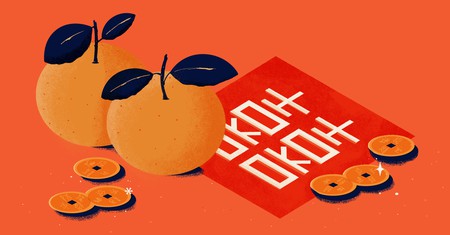 In China, numerology is more than just a superstition, it’s a lifestyle. ‘Eight,’ for example, is considered a lucky number, so lucky, in fact, that people will splash millions to have a string of eights on their license plates or in their phone numbers. Culture Trip explores which numbers are good and which are bad and what that might mean for you.

Since the Communist takeover in 1949, the Chinese government has maintained a hard stance against all forms of superstition, a stance that determines, among other things, what movies are and are not allowed to play in Chinese cinemas and which cultural traditions certain ethnic minorities are encouraged to carry on with and which not. Despite such a stance, numerology, which has long been an integral part of Chinese culture, remains commonplace. From addresses to gift giving, numbers show up in all aspects of daily life. So which numbers are good and which are bad? And what does that mean for society as a whole?

The number ‘one’ doesn’t hold strong meaning in Chinese numerology but carries with it implications of loneliness. ‘One’ took on new life in 1993, when students at Nanjing University declared November 11 to be Single’s Day, drawing inspiration from the singularity of the number. Today, 11/11 is one of China’s largest consumer holidays with single-day spending topping $25 billion in 2017. Ironically, it has also become a day to celebrate love and is an in-demand date for wedding celebrations nationwide.

While using the number ‘two’ in addresses or phone numbers is neutral in meaning, the concept of ‘two’ is very important in Chinese culture, a fact that is most evident in the language. The repeating of a character – 喜, or happiness, for example – strengthens the meaning of it. In the case of 喜, a repetition of it ‘doubles’ the happiness and creates an auspicious symbol commonly seen at weddings and around New Year.

Four is the unluckiest number in Chinese numerology. The romanisation of the number is ‘si’, which sounds scarily similar to the word ‘si’, meaning ‘death’. As such, the number should be avoided at any cost. Most buildings with elevators will skip floor four and any floor containing the number ‘four.’ Addresses containing at least one ‘four’ are more likely to be rented or sold to foreigners, who are less likely to see their new home as ominous. The number is considered inauspicious in Japan and Korea as well, where the words ‘four’ and ‘death’ remain homophonous.

Six is one of the two most auspicious numbers in Chinese numerology, the other being ‘eight.’ It is viewed as lucky due to its similarities with the word for ‘good fortune’. Thus, it is particularly beloved by business owners, who pay extra to occupy buildings at addresses containing the number. It might be a shock to a westerner to see 666 displayed proudly on the side of a building, but don’t be mistaken: in China, it’s not the sign of the devil – quite the opposite, in fact.

As mentioned, ‘eight’ is considered the luckiest number in Chinese numerology. It sounds like the word for ‘to prosper’ and when written resembles the double happiness mentioned earlier (88 囍). Adherents of Chinese numerology hold the number in such high regard that they are willing to literally pay for it. In fact, the phone number +86 28 8888 8888 was sold to Sichuan Airlines in 2003 for $280,000. License plates containing ‘eight’ are also more likely to carry a high price tag. The number even shows up in Chinese cuisine, with a dish called ‘Eight Treasures’ being a favourite for banquets and other special events.

The significance of the number ‘eight’ can also be linked to Buddhism, in which the dharmachakra (‘Wheel of the Law’), conch, victory banner, parasol, lotus flower, vase, fish and endless knot make up the Ashtamangala, or eight auspicious and sacred symbols found in everything from art to ceremonies.

Other numbers and combinations

Every number holds some meaning in Chinese numerology, but some meanings are so weak or convoluted that it is hard to delve into them properly at short glance. For example, the number ‘three’ can be seen as both a bad and a good number, as it is believed there are three important events in a person’s life (birth, marriage and death) but it also sounds like the word for ‘to separate’.

Additionally, numbers can be combined in creative ways to give new meaning entirely, mostly based off of homophones. For example, combining the unluckiest number, four, with the luckiest, eight, produces a positive meaning that can be tacked onto another number resulting in the meaning ‘wealthy for X lifetimes’. Or how about the number 1314, which is considered romantic due to its similar sound to ‘one life, one lifetime’.

So what does all this mean for you? If you’re visiting a Chinese friend and want to give a gift, make sure to avoid giving four of anything. Opt for sixes and eights instead.