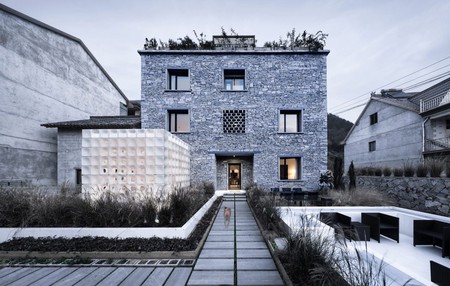 A businesswoman in Tonglu County in Hangzhou worked with AZL Architects to design a unique B&B that would respect the local vernacular, while also collaborating with the Shanyinwu villagers to assemble a cutting-edge 3D-printed garden pavilion.

The milky-hued pavilion not only acts as a striking contrast to the main house constructed out of local stone, but it was also the intention of the homeowner and the architects to show how these kinds of pioneering manufacturing processes can help rural communities. 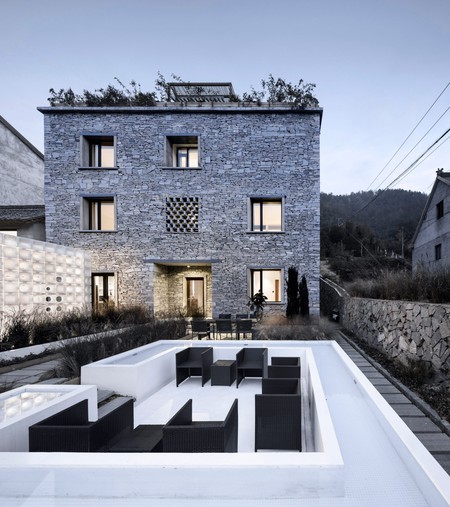 The house is clad in scraps of local stone | © AZL Architects

In Tonglu County there’s often a shortage of skilled labourers, so by utilising ready-made 3D-printed blocks that are easy to assemble, it provides work that can be done easily by more inexperienced villagers rather than outsourcing to professional traders further afield.

The 400 plastic bricks used to create the external structure were made in just one month by three different suppliers in Beijing and Nanjing, which is where AZL Architects is based, and it took just three days to assemble with the help of two members of the local community. 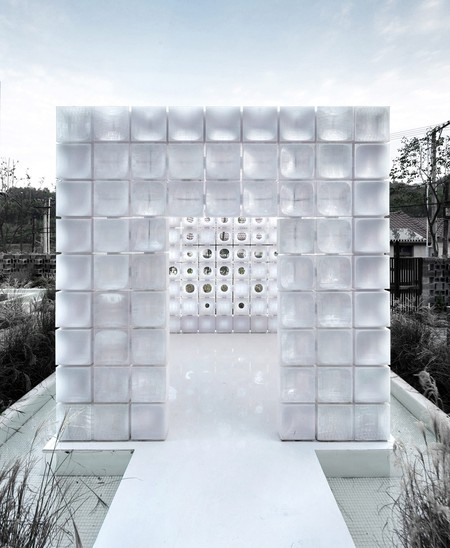 Due to being 3D printed, the architects were able to experiment with the thickness of the plastic to create a textured translucent effect, which is really highlighted when the pavilion is lit up at night.

The homes in many of the rural Chinese villages in Hangzhou have been completely knocked down and rebuilt, or recently modernised, but the homeowner of LEI House wanted to honour the materials and style of the traditional village properties. 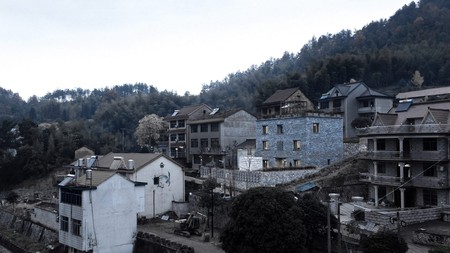 AZL Architects sourced scraps of slate from a nearby stone factory as it’s a material that’s widely used in the area by local artisans due to being cheap and accessible. Interestingly, just like most of the provincial properties, the house is built using concrete breeze blocks, then clad in the stone by craftsmen to show how low-cost materials can be elevated with artisanal treatment.

The three-storey bed and breakfast was deliberately designed to sit in line with the neighbouring properties, despite its position on a tricky sloping plot, and also to make the most of its views out towards the valley, reservoir and sunken courtyard garden below. 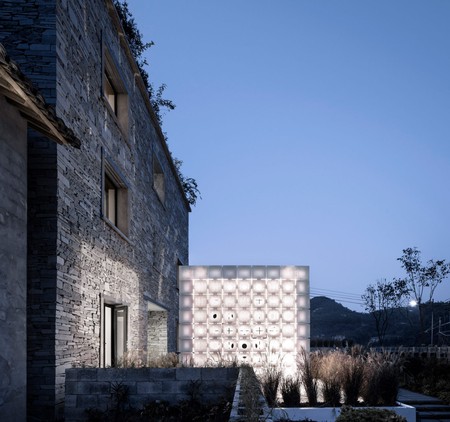 Taking inspiration from the rammed-earth houses in the local area, the property has a relatively compact and simple internal space with small windows – instead daylight floods in through the roof and the double-height voids of the main staircase.

This isn’t the first innovative project by AZL Architects – the firm recently built the Slit House in Nanjing out of concrete pressed into a custom mould, which meant even the roof could be made from the material.

Read more on how 3D printing could transform the way buildings are built in the future, and the technology’s impact on the global housing crisis, here.