“There is a Chinese saying, ‘Life is as fragile as paper,’” says Li Hongbo, a Beijing-based artist. “It has had a huge impact on me.”

Li, originally from the province of Jilin, uses paper to create extraordinary stretchable sculptures. Intricately and painstakingly constructed, each paper gourd opens out like the bellows of an accordion, revealing a beautiful honeycomb pattern hidden between each layer. 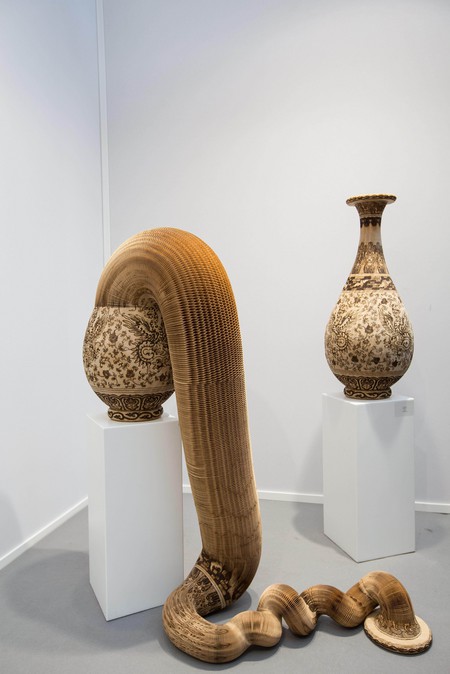 Paper’s versatility was what inspired Li to make it his medium of choice. While paper may be fragile, it becomes incredibly strong and resilient when thousands of pieces come together. His work might be read as a visual objection to the aforementioned Chinese proverb, arguing instead that, while life may indeed be as fragile as paper, there’s strength in numbers.

Li Hongbo’s works draw from a rich heritage of Chinese folk art. Since the Han Dynasty (206 BC-AD 220) paper has been used to create lanterns, festive Chinese New Year decorations and children’s toys. “Paper is an important part of China’s cultural heritage – it’s had a huge effect on civilisation,” he notes. “But it still has more to say.” 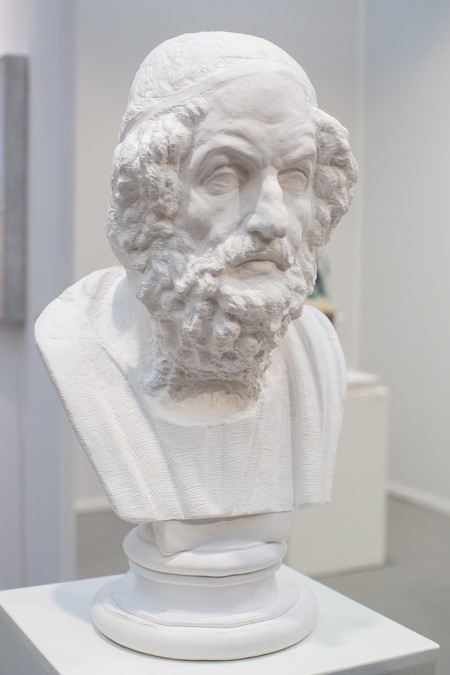 First hosted at Beijing’s Eight One Art Museum, Li’s 2017 Ocean of Flowers exhibition consists of over 200 stretchable sculptures. When fanned outwards, they look like innocent paper gourds. When closed, they become much more sinister – tracing the silhouettes of rifles, shotguns and pistols.

Some of his larger artworks were made from 7,000-8,000 pieces of paper, all meticulously glued together at specific points by hand, resulting in a gourd block that could move, flex and expand. This block is then chiselled into shape with a woodworking saw, an axle grinder and sandpaper.

Beyond impressive craftsmanship, these paper guns convey a very important message. “Weapons are made for attacking people and yet some think weapons are made to defend peace,” Li says. “I wonder if my work could make people let go of these obsessions in their mind and pursue a kind of true peace – a truly beautiful world for mankind, one without conflict.” 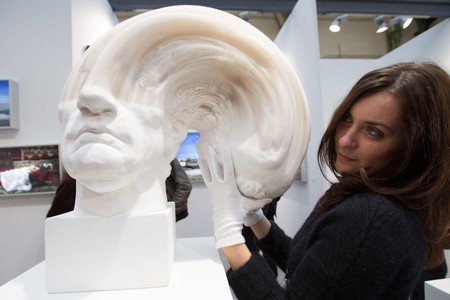 Some sculptures are made from 7,000-8,000 pieces of paper | © Romuald Meigneux/Sipa/REX/Shutterstock

This is an updated version of an article originally created by Emily Brown.