Is Mulan China's Only Feminist? 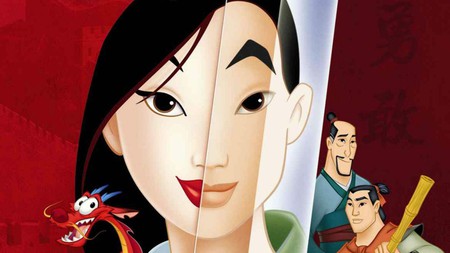 Of course not. In its thousands of years history? Don’t be silly.

There’s no doubt, however, that life was pretty darn restrictive for Chinese women throughout the ages: they mostly lived in highly patriarchal societies where they were considered the property of their father or husband. They had little rights as a result, required permission to leave the house, and all their lives had to deal with the excruciating pain of bound feet (all for the pleasure of men, who preferred them small). Nevertheless, there’s also a rich narrative of powerful female leaders and forward thinking feminists – from warriors who protected the nation’s borders to a powerful empress who brought on China’s most prosperous era, women are very much in the pages of China’s history records.

Mulan was probably not a real person, sorry to break it to you. Although, if she were, she was probably alive during the Northern Wei period (386–535) and lived in Henan province, also known for the Shaolin Monks. Either way, Mulan’s legend is still one of the best known in China and she remains one of the most revered women in the nation’s history.

For those unfamiliar with her story: when the army calls for every household to produce a fit, young man, Mulan secretly reports for military duty in place of her sick father. She proves herself to be just as capable, actually, even better, than any other man in her squadron. Ultimately she turns out to be a formidable leader who saves China from being invaded. 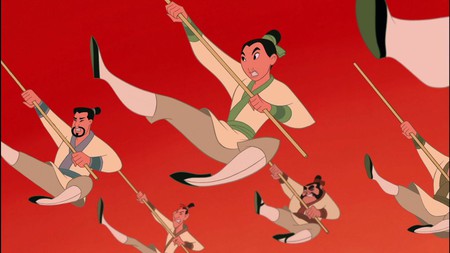 Her story is documented in a poem called The Ballad of Mulan, which our main information source about her. It is, for the most part, accurately portrayed in Disney’s animated film Mulan, albeit the happy ending where she falls in love with a hunky general. In other versions of the legend, Mulan commits suicide when the emperor commands her to become his concubine at the imperial palace.

A Chinese director also made a film adaptation of Mulan starring one of China’s most famous actresses Zhao Wei. Disney is also making a live-action version, due out in 2018. 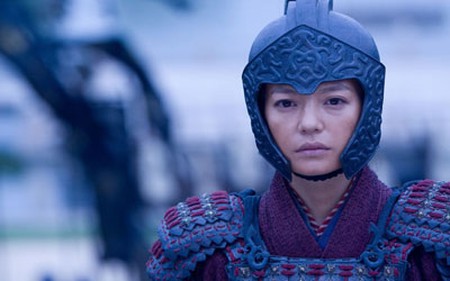 China’s best-known feminist, and someone considered by many a national heroine, Qiu Jin is often described as the Chinese Joan of Arc. A revolutionary and writer, who was concerned about the nation’s future during the last days of the Qing dynasty – China’s last – she called for reforms but was publicly executed at the age of 31, when an attempted uprising she lead failed.

She was outspoken against forced marriages, called for women to receive free education, as well as the abolishment of foot binding – something that was widely practised at the time.

Having lived in Japan, Qiu advocated Western democracy as the political alternative to the failing imperial court of the Qing dynasty, which was heavily ravaged by corruption. Along with fellow male revolutionaries, Qiu played a key role in the attempt to overthrow the government, but the plot was foiled and Qiu beheaded after being tortured and refusing to confess. Her story is portrayed in the film Qiu Jin (1983), and The Woman Knight of Mirror Lake (2011) directed by Herman Yau. 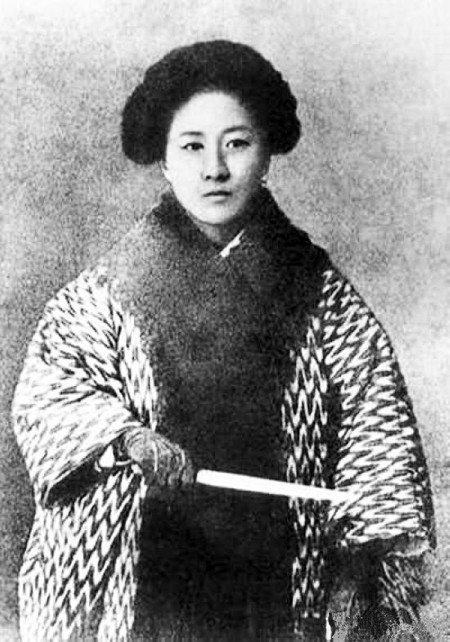 Qin was an army general and court-appointed official during the Ming Dynasty (1368–1644) in Sichuan province, South China, who led the army against the Manchu invasion of China in the 17th Century. Importantly, Qin’s father was a feminist too, and someone who believed that his own daughter should be as well educated as her brothers. To that end, he sent Qin to study history and Confucianism just like his sons, even teaching her martial arts.

She married Ma Qiancheng, a military general, who saw his wife as an equal, and together they became a force to be reckoned with – both on and off the battlefield. They were shrewd strategists and together were successful at suppressing a number of rebellions. After her husband’s death, Qin took over his role as general in the army and continued her role as military leader, winning notable battles even when her troops were outnumbered.

Qin lived until the ripe old age of 74 and was revered until the end – she gained the prestigious title of the ‘prince’s teacher’ and held the role of commanding officer of the Sichuan military force. Unfortunately, she died a week after the honours were announced.

The only woman to have ruled as empress of China, Wu oversaw the most peaceful and prosperous period of Chinese history, during the Tang dynasty (618–907). Although she only officially ruled for 15 years, her legacy is infinitely beyond that: for decades, she was effectively leading the country on behalf of her helpless lover Taizong, who promoted her to a position of power and relied heavily on her throughout his time on the throne. Wu has been portrayed in popular culture by some of China’s biggest actresses, including Fan Bing Bing in the TV Drama The Empress of China (2014). 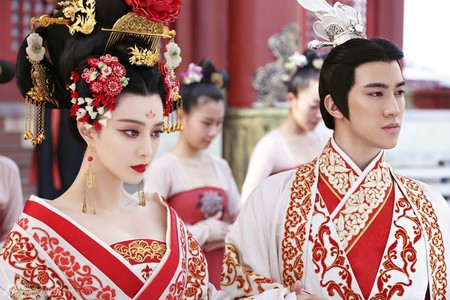 It’s arguable, however, whether Wu should actually be considered a feminist in the modern sense of the word, she was really just a very capable leader. In her climb to power, she is said to have killed various female rivals and was fierce in how she dealt with enemies and dissent. But it’s equally debatable how accurate these accounts were, and whether they were all that objective. No doubt she was a trailblazer and completely redefined the role of women leaders in history, but she seemingly didn’t make any inroads into social reform that would have benefited women under her rule. 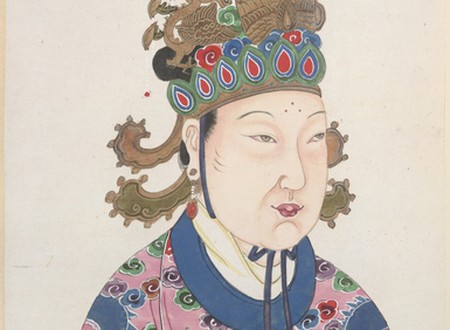 A former professor of gender studies at Sun Yat-sen University in Guangzhou, Ai Xiaoming is a prolific documentary maker known for her bold and provocative activism concerning women’s rights in China.

Turning 64 this year, Ai has been particularly outspoken about the sexual abuse of children, and her activism shone a spotlight on the case the rape of six teenagers in Hainan province by a school principal and a government official. In protest, she posed for a picture of her naked torso, where the words in Chinese, ‘Headmaster, if you wanna open up a room, ask me, leave the primary school children and Ye Haiyan alone’, was written in black pen across her chest. The Yin Haiyan referred to in the picture is another female activist, also known as ‘Hooligan Sparrow’.

Ai was also the first person to have translated and directed The Vagina Monologues in China in 2003. Since then, the play has been re-enacted all around the country. 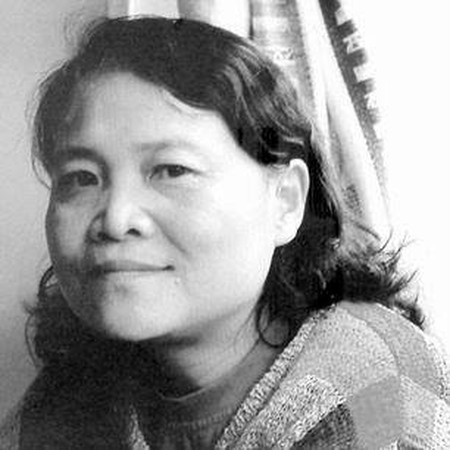 One of the best known ‘new wave’ of young feminists today, Li Tingting, also known as Li Maizi, is the most prominent member of a group known as the ‘feminist five’, who were arrested the night before International Women’s day 2015. Li and 10 friends had planned to highlight sexual harassment on public transport and were planning to put stickers on public transport across cities in China. Later released, the event caused controversy around the world, even causing Hilary Clinton to get involved on Twitter, calling for their release.

In previous demonstrations to highlight women’s rights, she and her fellow activists walked down Beijing streets wearing bridal gowns spattered with blood stains in order to draw attention to domestic violence. 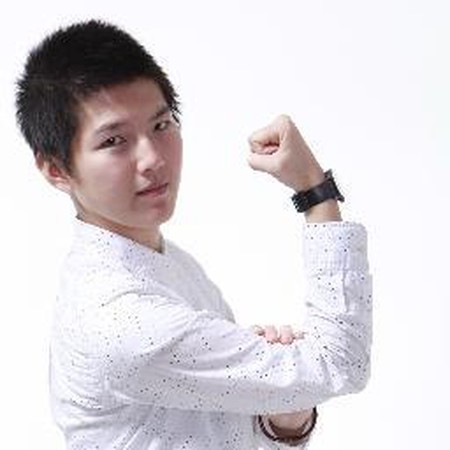