Is It a Bird or Is It a Spy? China Launches ‘Spy Bird’ Drones 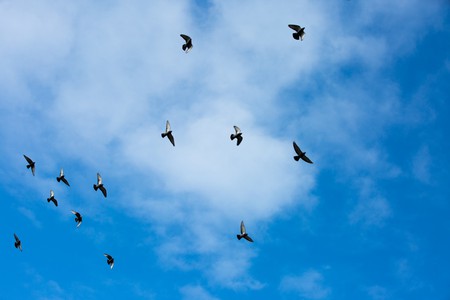 Spy 'birds' are taking to the skies in China | © PublicDomainPictures

Robotic ‘spy birds’ fitted with high-tech surveillance technology are taking to the skies in China, as part of the country’s latest efforts to monitor and keep a ‘birds-eye view’ on its people.

It might sound like an Orwellian nightmare – robotic birds that are capable of flying and spying on people – but in China it’s fast becoming a reality.

The country’s spy bird programme, code-named ‘Dove’, is already in operation. According to a report by the South China Morning Post, hi-tech drones that look and fly like real birds are already being deployed in at least five provinces across the country and have potential for large-scale use. Developed by researchers at Northwestern Polytechnical University in China’s Shaanxi province, they are the latest addition to China’s already extensive surveillance network.

Each of the ‘bird‘ drones are fitted with a high-definition camera, GPS antenna, flight control system and data link with satellite communication and remote control capability. They are also scarily lifelike. The bird robots are able to mimic 90% of the movements of a real dove. They can flap their wings to climb, dive and turn in the air, making little noise, and are so lifelike that real birds are even duped and often fly alongside them. 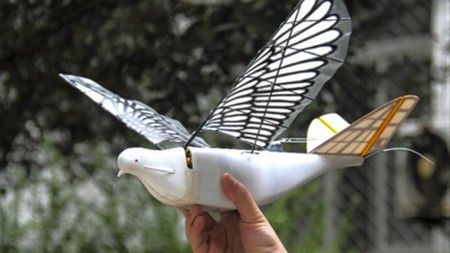 It’s thought that at least 30 military and government agencies have so far used the birdlike drones in recent years. Yet, in spite of this, researchers insist that it’s still in the early phases for the project. ‘The scale is still small’, said Yang Wenqing, an associate professor at the university’s School of Aeronautics who worked on the programme.

‘We believe the technology has good potential for large-scale use in the future … it has some unique advantages to meet the demand for drones in the military and civilian sectors.’

According to researchers who helped develop the drone, the ultimate aim is to develop a new generation of drones with biologically inspired engineering that could evade human detection and even radar.

However, far from being perfect, the robotic birds are not without their faults. They are still without an anti-collision mechanism and could be damaged by inclement weather conditions. The project’s leader, Song Bifeng, told Chinese academic journal Aeronautical Manufacturing Technology, that he hoped the next generation of robotic birds would be able to fly in complex formations and make independent decisions in the air.

He envisages a day when robotic birds will be able to ‘match or surpass the intelligence of creatures found in nature.’