Inspiring People From Beijing You Should Know 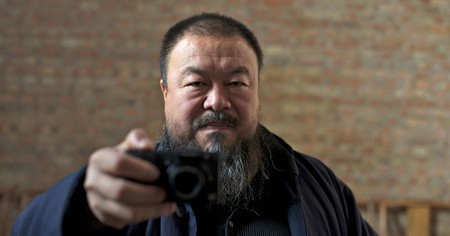 Beijing has been a major global city for centuries and home to a host of inspiring people throughout history, spanning science, the arts and philosophy.

Beijing was selected as the capital city of the Yuan Dynasty in the middle of the 13th century, and from that point on it emerged as the country’s political, economic and cultural heart. The city began to draw talented people from around the country to come and stake their claim or realise their destiny. Even today, locals are exceptionally proud of their city, whether they are a born and bred Old Beijinger or have adopted the city through years of living here. While outsiders may see an overcrowded, polluted urban jungle, others see a rich legacy that continues to forge its own path into the future.

Liu Bowen was a statesman and strategist, and it could be said that he is the reason Beijing is China’s capital today. An astrologer and feng shui master, Liu was called upon by Kublai Khan to help him select the location for China’s greatest city. He was also instrumental in the urban planning of Beijing, which placed an emperor’s palace at the heart of the city, surrounded by timbre courtyard homes and encased by a city wall.

His heritage is also possibly the reason that much of Beijing’s architecture survives today. He was Han Chinese, and in Chinese history, it is often the case that when one dynasty overthrew another, the new leaders would try to wipe out traces of the former administration, including destroying buildings and killing old court members. When the Han Chinese overthrew the Mongols, they spared much of the existing Beijing architecture due to Liu Bowen’s influence on the city.

Mei Lan, better known by his stage name Mei Lanfang, was a lifelong Peking Opera performer who was made famous for his portrayal of female characters. Born into a family of artists, he made an early stage debut at the age of 11 in Beijing’s Guanghe Theatre. He quickly rose to national fame, and was renowned for his skill and beauty. Perhaps his most enduring legacy was his influence in introducing Peking Opera to an international audience; throughout the 1920s and 1930s, he toured the US, Japan and the Soviet Union. At a time when relations between these nations were strained, Mei Lan acted as a cultural ambassador, sharing his skills as one of China’s most celebrated performers. 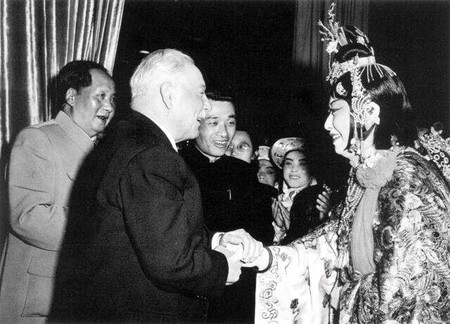 Lao She, the pen name of Shu Qingchun, was a Chinese novelist and dramatist; he is recognised as one of the most significant authors of 20th-century Chinese literature. Born and raised in Beijing, his works are known for their use of the distinctive Beijing dialect and portrayal of local Beijing life.

In addition to being a prolific writer and social commentator, Lao also introduced Chinese literature to audiences abroad. From 1946 to 1948, he traveled to the US on a State Department cultural grant, lecturing and overseeing the translation of several of his novels. On his return to China, he softened his criticism of social issues; however, he was still labelled as a counterrevolutionary during the Cultural Revolution. Publicly beaten and humiliated in the city that had been the source of inspiration for his celebrated work, Lao She was eventually found dead in the autumn of 1966. However, his work lives on, and he is still celebrated across the globe today.

From 1959 to 1961, China suffered a catastrophic famine. Caused by a combination of a series of natural disasters and the widely criticised political and economic Great Leap Forward campaign, the famine resulted in millions of deaths. Beijing-born agronomist Yuan Longping dedicated himself to avoiding such a tragedy in future. He set about developing a better species of rice that could feed more people and succeeded in cultivating a high-yield hybrid rice species. He was nicknamed the Father of Hybrid Rice, and his creation transformed China’s food production from deficient to abundant in just three decades. By 2003, over half of China’s rice paddies grew Yuan’s hybrid rice species, and now 20 percent of rice worldwide is genetically related to Yuan’s groundbreaking and life-saving creation. 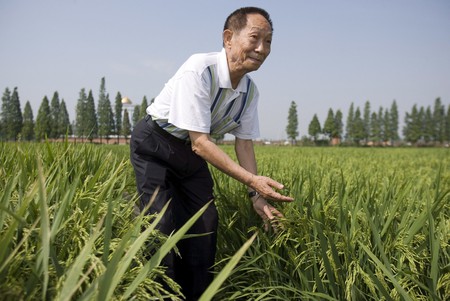 A giant in the world of contemporary art, Ai Weiwei was born in Beijing and spent most of his life here, before moving to Berlin in 2015 after his continued difficulty with China’s government. Ai Weiwei is outspoken about corruption, democracy and human rights in China and across the world, raising his voice for the disadvantaged, such as refugees and the student victims of the 2008 Sichuan earthquake. One of his most famous lasting contributions to the city was his involvement as artistic consultant for the Beijing National Stadium, which was built for the 2008 Olympic Games and is commonly referred to as the Bird’s Nest due to its distinctive design. 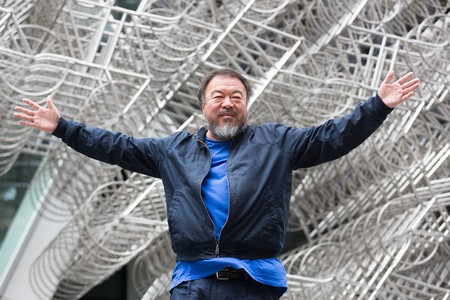 Beijing-born photographer and contemporary artist Chen Man is known for her exceptional grasp of people’s identity in her fashion shoots. Her photography techniques include heavy use of post-production, editing the photographs to create graphic, stylistic shots. Although she has taken photographs of some of the most prestigious celebrities in China and is known for her fashion photography, she is determined to present an alternative type of beauty. She fights against the Westernised beauty trends, drawing inspiration from China’s ethnic diversity, culture and heritage and celebrating the beauty that can be found within the country. 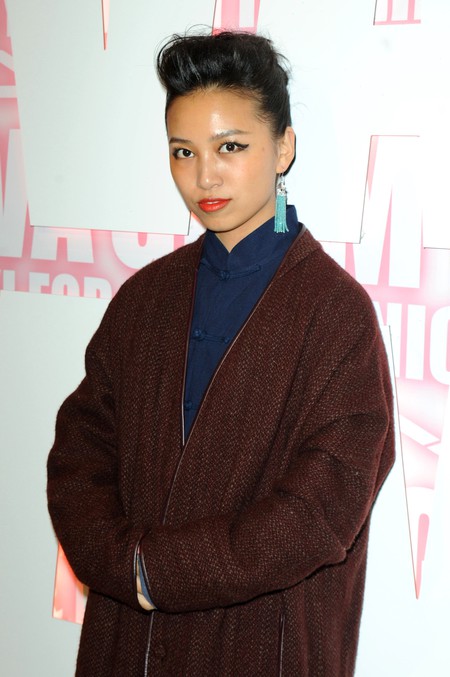 This article is an updated version of a story created by Fran Lu.