How to Travel to South East Asia from Guilin 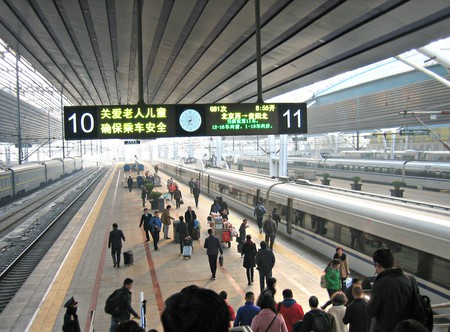 Guilin’s proximity to Vietnam makes it a great last stop in China before heading to Southeast Asia. From Hanoi, the first major city after crossing the Vietnam border, it’s easy to hopscotch around to Thailand, Laos, Cambodia, and more. Here’s how to get from Guilin to Hanoi (in order of fastest to slowest).

Guilin Liangjiang International Airport is a quick 17-mile taxi or bus ride from the city center. It’s not a massive terminal, so many of the flights to Southeast Asia destinations will have layovers in Guangzhuo, Kunming, Nanning, or Xiamen. Alternatively, Nanning Wuxu International Airport, in Guangxi province’s capital city, was built to handle 16 million passengers annually (compared to Guilin’s four million) and offers direct flights to 11 cities in Southeast Asia, including Kuala Lumpur, Da Nang, Phnom Penh, Bangkok, Manila, Chiang Mai, Phuket, and Ho Chi Minh City through a variety of airlines.

Generally, flights from Nanning are a little cheaper, though it does take more effort to get there. Several trains leave Guilin’s two stations every hour bound for Nanning, though length of trip depends on whether you purchase the fast or slow train. From the train station, you can taxi or board the shuttle for 20 CNY to the airport. The shuttle departs every half hour and takes about 40 minutes. 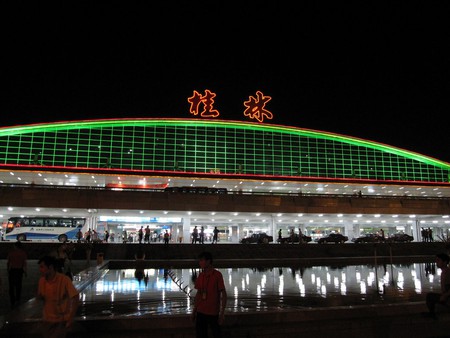 There’s no direct train from Guilin to any other country, but it is possible to take a train to Nanning during the day and board an overnight train to Hanoi from there. That train takes about 13 hours, including a stop for customs procedures in Pingxiang. Fair warning, though: that customs stop takes place at about 3 a.m. Be sure to book in advance, the overnight train fills up fast.

It’s certainly not a quick or easy route, but taking the bus for part of the journey is often the cheapest (and good for those who want to get out of China, but procrastinated on getting the overnight train tickets). From Guilin to Nanning, take the train and walk to the Langdong bus station nearby to purchase tickets. The bus ride is fairly uneventful, though the roads can be pretty potholed in certain areas. Like the train, you’ll get off at “Friendship Pass” in Pingxiang city, go through customs, and get on another bus on the Vietnam side. 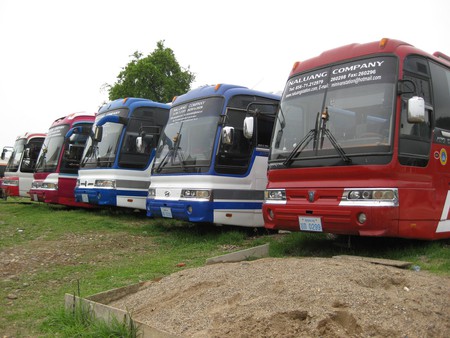