How To Survive the Chinese New Year Interrogations 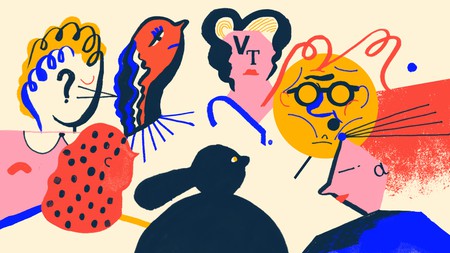 Angel Lau, a 36-year-old media professional, is returning home from New York for Chinese New Year. It’s the first time she’s visiting her family in Hong Kong after breaking up with her boyfriend.

“I think my parents were more devastated than me – my stepmom cried, my dad couldn’t sleep for an entire week,” Lau remembers. “I had to call them from New York to make sure they were coping.”

Chinese New Year is a two-week holiday when families get together to remember their ancestors, watch dragon dances and set off firecrackers. But for millions of young Chinese people, it’s a two-week interrogation during which they are questioned on their relationships, marriage prospects and, in the case of married couples, pregnancy-planning strategy.

Questions typically include the following: Have you met any new friends lately? Any friends of the opposite sex? ‘Yan’ or ‘gwai’ (meaning Chinese or anything other than Asian)? Do you want me to set you up on a date? When should we expect to become grandparents?

Throughout China, Confucian philosophy and social conventions are knitted together in complex ways. According to the ancient Chinese philosopher, strong family values are essential to a successful society. Children must respect their elders’ wishes; if your parents wish for grandchildren, then you had better comply. The older generation sees it as their duty to reign in their children’s reckless and directionless lives, and there is no bigger sign of directionlessness than being single.

Combine these ideas with modern fears of becoming one of China’s sheng nu or ‘leftover women’, and you get throngs of anxious aunts, uncles and grandparents grabbing their annual opportunity to ‘help out’ when their niece, nephew or grandchild comes home for the Chinese New Year period.

During her single years, 36-year-old Zoe Li used to dread Chinese New Year. She assumed things would improve after her nuptials. But now, paradoxically, as a pregnant, married woman, she says the scrutiny of her private life has actually increased.

“There were loud gasps at the table when I reached for the pineapple in the sweet and sour pork,” Li explains with a laugh. “Pineapple will make your baby itchy; mango will bring on labour and banana will give you muscle cramps.”

Li has married into a partially Western family and says the differences are stark. “In China, whenever I go to dinner, everyone has to go. Everyone wants to tell me what I can and can’t eat, what I can and can’t wear, what I must do to prevent the baby and me from both dying,” Li complains. “I’m in Australia now with my in-laws, and no one has made even one comment about what I’m ‘supposed’ to do. It is such a relief.”

Few things highlight Confucian differences between the East and the West like pregnancy and baby care. “For a Chinese family, a baby is a communal experience,” says Li. “My parents feel like they are about to have a baby of their own, and it’s the same with the aunts and uncles – they are anticipating being co-parents of this kid.”

The minefield of ‘rules’ is not just limited to pregnancy. After giving birth, most Chinese women will go through a four-to-six-week period of ‘confinement’ to help the body recuperate.

“It’s a huge deal in Hong Kong and Taiwan and China,” says Li. “These [midwife doulas] take care of you during confinement, cook special foods super high in protein and collagen, and some of them have Chinese medicinal herbs.”

For Lau, the pressures and expectations that come crashing down during Chinese New Year are frustrating because they’re completely contradictory. “Up until university, we’re expected to study hard. Dating was such a big no-no – I had to sneak my boyfriends around,” Lau recalls. “Then once we near our 30s, they worry we’re going to get old and unwanted, and all of a sudden we’re expected to be in a serious relationship that’s set for marriage.”

Lau recalls a time during her teenage years when she brought a boyfriend home for a family dinner. “My aunt interrogated him about his job and education in front of 10 other family members, and eventually, he spilled his Coke on himself because he was so nervous. The news about my new ‘friend’ travelled to my parents in Hong Kong, and I got an angry phone call from my dad who told me we should break up.”

And it’s not just women who suffer. “Relatives continuously bark questions about your relationships, career and children,” says Tim Cheng, a 35-year-old single IT professional in Hong Kong. “Some of my friends loathe it so much that they just skip the whole family-visiting ritual.”

The flip side of this intense interest is the abundance of help that gets foisted upon you at Chinese New Year. “I have to say the positive side of it is that I have so much support,” Li says. “Yes there’s a lot of paranoia and trying to micromanage what you’re doing, but it’s all about making sure you are safe and healthy.”

And for the single people out there, Lau has a tip. “I get through dinners by not saying much and letting them talk as much as they like. They soon give up. Plus, I have an older cousin in her 40s everyone is much more worried about!”

This is an updated version of an article originally written by Eamon Barrett.