How To Spend 72 Hours in Shanghai 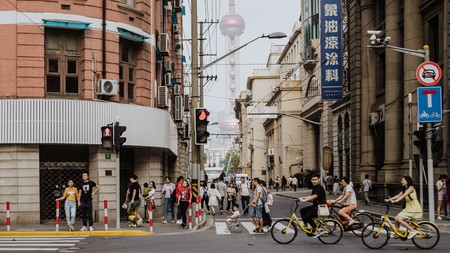 China now offers a visa-free stopover for three days. Here’s how to make the most of a flying visit to its second city – taking in the sights and tasting local dishes along its narrow lanes and glittering riverfront.

Shanghai is going through a growth spurt – sweeping aside centuries-old shikumen to make way for the towering skyscrapers that increasingly dominate its skyline. This phase can’t last forever, but it also feels strangely infinite. Shanghai can be chaotic, and if you’re lucky enough to experience it for just 72 visa-free hours, you’d better have a plan.

Start off in the right location and the rest will follow. If you’re arriving mid-afternoon, your first stop should be the Waterhouse at South Bund hotel, to check in and stash your bags. It’s close to the action, but just far enough away to provide a peaceful place to rest your head – while its facade of weathered concrete walls and sleek interior design with steel accents are, like the city itself, a perfect marriage of old and new.

As the sun starts to set, take a stroll along the river heading north. As you approach Zhongshan East 2nd Road, you’ll be struck by views of the Oriental Pearl TV Tower, the famed pink structure that looks like it’s straight out of The Jetsons. This area is the Bund, lined with historic buildings, and one of the city’s most popular tourist draws.

To complete your evening, head to the rooftop of Bar Rouge, where you can enjoy unparalleled views of the city as it glistens in the darkness. Stumble back home via a chuan’r stand to pick up a few sticks of skewered meats to eat en route, then recharge for your first full day.

When in China, do as the Chinese do – and when dawn rolls around, that means skipping the hotel breakfast and seeking out someone who makes jianbing (similar to a crêpe). Look out for a stall or cart retrofitted with a hotplate perched on a gas burner. Once found, make sure to get jianbing with all the trimmings: egg, youtiao (a fried dough stick), spring onions, chilli oil… just agree to everything they’re offering. 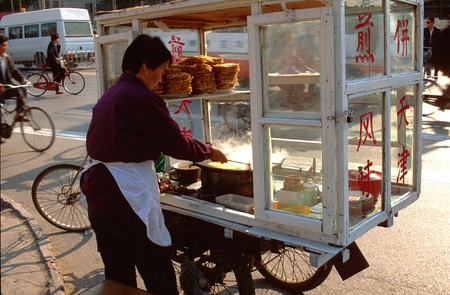 Next, pancake in hand, head to People’s Park, a glorious echo of old Shanghai. Elderly women sway to Beijing opera. Tai chi masters move in graceful slow motion. Shirtless, pot-bellied men play chess and smoke Chunghwa cigarettes. These peaceful vignettes of local life are best enjoyed at dawn, before the rest of the city wakes up.

Just a hop, skip and jump away from People’s Park is Nanjing Road. Like London’s Piccadilly Circus and Tokyo’s Shibuya, it’s a place where few locals go if they can help it, but this 5.5km main street is a must if you’re a first-time visitor. Spend the afternoon flitting between shops, heading west towards Jing’an Temple. 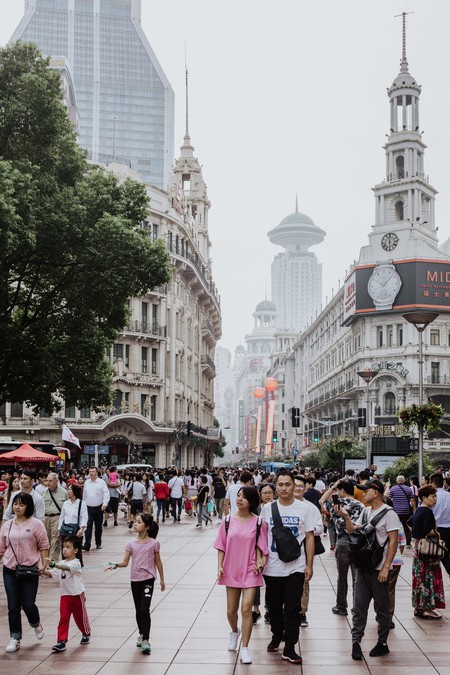 You won’t find many locals along Nanjing Road, but it’s worth visiting if it’s your first time in the city | © Jackson Lowen / Culture Trip

Next, it’s time to satisfy your hunger pangs at Huanghe Road. There’s a lot to eat here, so try to pace yourself – but do not, under any circumstances, skip Yang’s Dumpling and Jia Jia Tang Bao, where your dumpling standards will be forever raised. At Yang’s, the shengjianbao are made from a thicker, almost bread-like dough and steamed, then fried in a gigantic pan. David Chang, the chef behind culinary juggernaut Momofuku and TV show Ugly Delicious, describes them as “the world’s most underrated dumpling” – although you’re after the exact dishes featured in the Netflix episode, you’ll need to head for Wan Shou Zhai in the Hongkou neighbourhood, slightly to the north.

Over at Jia Jia Tang Bao you’ll find shengjianbao’s more popular cousin, the xiaolongbao. Try not to eat it all in one go; place the dumpling on a spoon with some vinegar and ginger, bite a small hole in the top and slurp the soup out. When you’ve had your fill, waddle home, or sink into a sofa with a cocktail and admire the views from Bund-side bar The Nest.

By the second morning, you’ll either want to take it easy or cram in as many sights as you can. Either way, the Former French Concession is a safe bet, chock full of history yet perfect for a leisurely wander. Start in Tianzifang, in the northeast of the neighbourhood. This renovated network of historic shikumen houses is defined by narrow lilong (lanes) full of boutique stores and independent restaurants. Next, head to the Shanghai Arts and Crafts Museum to appreciate one of the 60 buildings designed by László Hudec, an architect whose aesthetic still defines Shanghai’s skyline. If architecture’s not your thing, take a cab to the Cathay Theatre to catch a flick in a historic Art Deco setting. 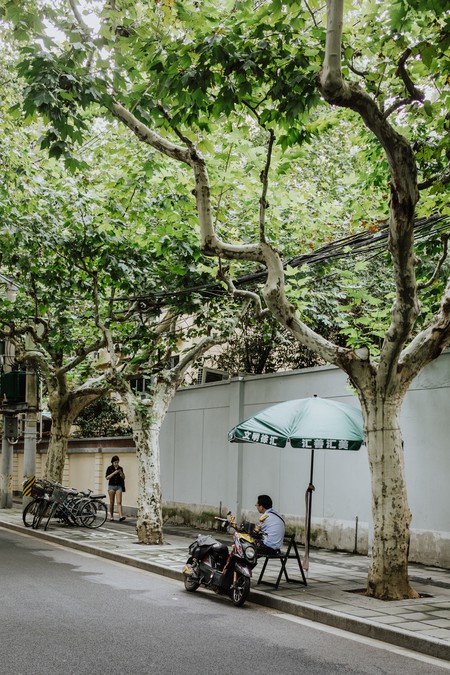 Make sure your departing flight is booked for late evening, and make your last meal in Shanghai count with hotpot at an outpost of renowned restaurant chain HaiDiLao. While waiting to be seated, you’ll be treated to manicures, massages and snacks – all free of charge. Once inside, you’ll be served slices of raw meat, seafood and veg to cook in a bubbling vat of broth. Then take your full belly and happy memories back to the airport, leaving you plenty of time on the plane to dream about your return visit.