Five Ways to Find a Date in China 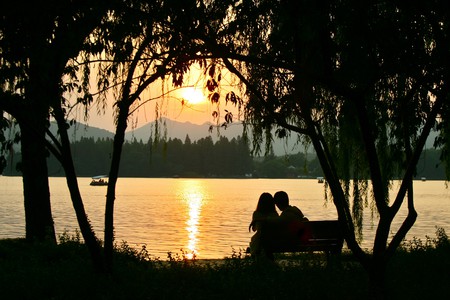 As they say, “There are plenty of fish in the sea.” At over 1.3 billion people, China has quite some fish to choose from, but how do you meet them? It can be intimidating to date in a foreign place, especially being unaware of the local courtship customs. On the whole, Chinese young people are becoming more liberal about dating practices, but there are still some Confucian carry overs. For instance, most Chinese people take dating much more seriously than the average westerner. So be aware that when you do find a date, there’s a good chance it will be for life.

If you’re serious about finding a spouse in China, not just a date, you may consider going the most traditional route there is: hiring a matchmaker. Matchmaking has a storied history in China, with all marriages at one point a product of arrangement. Nowadays, parents still have the option of seeking out a partner for their child. Many of them do so at “marriage markets,” like the popular People’s Square one that happens every weekend in Shanghai. On a crude sheet of paper, parents write out qualifications for their child, typically highlighting superficial features like salary, height, and asset wealth. These parents are not explicitly looking for a foreign spouse for their child, but many are not closed off to the idea. A brave and eager foreigner looking for a serious relationship can stroll through the market collecting phone numbers from potential matches, or an even braver individual can market herself.

Along the same lines, some Chinese looking for marriage partners now use so called “love hunters.” These new age matchmakers work for companies whose primary clientele are wealthy men who have decided to outsource their search for a spouse. Often, love hunters approach you, seeking out a person who fits their client’s ideals. But there’s nothing stopping you from hiring a love hunter yourself. If you have the means, this method can be an effective way to get exactly what you want in a person without going through the hassle of a million bad first dates. 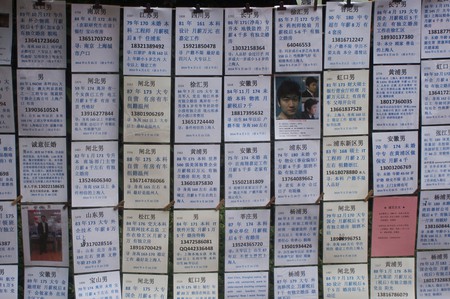 For those who prefer to make their own luck, another old school method of date finding in China is attending a language exchange. No, language exchanges are not speed dating sessions, and participants should not go into an exchange expecting anything out of it but language growth; however, putting yourself in a situation that encourages open conversation between foreigners and locals could easily make way for a not so chance encounter with a potential partner.

With the absence of Facebook in China (and thus Tinder), young Chinese people who want to try noncommittal online dating have joined the country’s own version of the swipe-right app: Tantan. Many foreigners feel comfortable using Tantan to find a date because typical users are open minded and looking for something casual. Foreigners tend to find comedy in the app-users’ names, which do not need to be linked to any form of real identification, leading to silly monikers like “Flashlight” or “Soulmate.” Even if you don’t find success with the app, you’re likely to still have some fun with it.

(Note: Culture Trip would like to remind readers not to share personal details over the app, as a lack of encryption leads to easy hacking.) 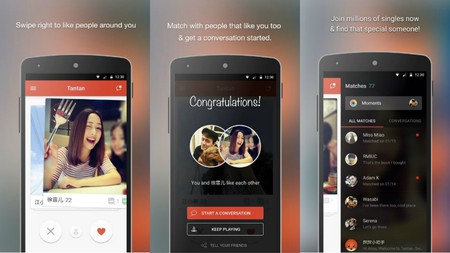 With a working VPN (virtual private network), netizens in China can use blocked apps like Facebook, enabling date seekers to use Tinder. The popular dating/hook up app may not be as ubiquitous in China as it is in the west, but there is no lack of options to swipe through. Because the app requires a VPN, the Chinese people who use it are usually those who have studied abroad or live in big, westernized cities. If you’re worried about a language barrier, Tinder may be the best option for you. And, if you’re a foreigner seeking foreigner, Tinder was practically made for you.