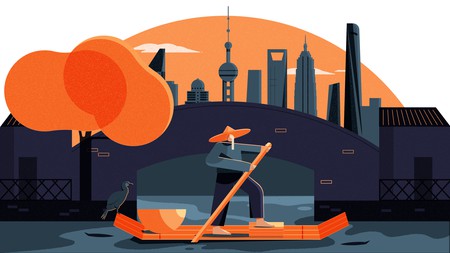 The history of Shanghai is very much the history of China. As the city grew so did the country’s economy, bringing in immigrants to work and trade. But why, of all the cities in China, was Shanghai the one to blossom the most?

Shanghai’s bank balance just keeps piling up. Through the ’90s and ’00s, the city saw a steady annual economic growth of between 9 percent and 15 percent. As it stands today, Shanghai accounts for 3.63 percent of China’s overall GDP. Considering that its land area is 0.1 percent of the country as a whole, this is a consistently impressive number, reinforcing the economic strength of the city.

The cost of geography

The simplest answer to Shanghai’s monetary success is rooted in geography. When thinking about almost any capital or commercially wealthy city on Earth, you’ll find an ocean or a river close-by, and thus easy access routes to neighbouring nations. This can be seen in cities such as London. The UK capital is located on the country’s largest river and not too far inland from the Channel, which leads to France and eventually Cairo, opening the city up to a wealth of trade. While China’s capital is Beijing, Shanghai has all of the economic power because of its location.

Shanghai is a port city, situated halfway down China’s coast at a point where the nation protrudes into the East China Sea. The city allows easy access by ship to China’s neighbouring countries, and it sits at the edge of the massive Yangtze River, which also leads inland to the former capital of Nanjing and the heart of China itself. Considering all of this, Shanghai is a gold mine of a location for trade, and is one of the most powerful trading positions on Earth. 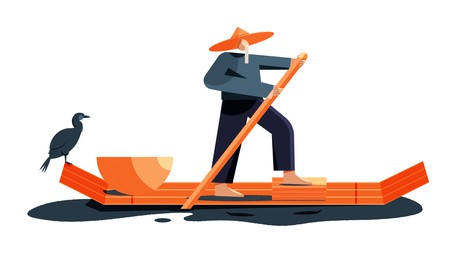 The makings of a great city

So, how did Shanghai grow from its humble beginnings into an economic powerhouse?

The city has its beginnings as a humble fishing village, situated ideally on the coast and near the mouth of the Huangpu River. As the Jin Dynasty rose to power in the 4th century, it began strengthening China’s fishing industry, and Shanghai along with it. The Tang Dynasty of the 7th century built the first garrison in what would later become Shanghai, transforming the fishing village into a small military town.

As China’s military might steadily grew during the Ming Dynasty (1368–1644), what had once been a fishing village gradually transformed into a formidable stronghold, complete with fortified defences against Japanese pirates. This meant that China now had a militarised presence on its coast, complete with strong buildings, its own economy and high walls: the makings of a great city.

During the Qing Dynasty, the world was rapidly commercialising. This period began in the 17th century and was the last dynasty of China before the Republic was formed. Britain, Spain, Portugal and the Netherlands owned the seas. Shanghai had grown, for the past 200 years, from a fortified city into a thriving commercial hub, trading silk and cotton with Polynesia. When the British arrived in 1832, they saw a lucrative opportunity.

What happened next was a swift, and by many accounts brutal, act of colonialism. The British East India Company recognised that here stood a city that was already trading commercially, and was a gateway to the rest of China via the Yangtze River. China was not keen to allow them in, and so the First Opium War, which the British won, led to the Treaty of Nanjing. This gave British, French, US and German traders and diplomats access to Shanghai.

The city was already an established trading hub, but all of these foreign nations transformed it into a burgeoning metropolis during the 19th century. From here, the Europeans could trade with all of China and its neighbouring countries, and Shanghai – in the blink of an eye – became the richest city in East Asia. 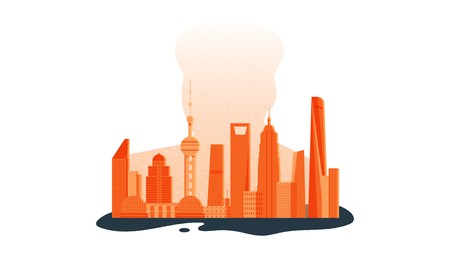 From Mao to megacity

The 20th century saw the fall of the Qing Dynasty and the rise of the Republic of China, which in turn led to Mao Zedong’s People’s Republic of China. Despite suffering a famine as a result of Mao’s dictatorship, Shanghai was already established as the country’s most technologically advanced city. The infrastructure of international businesses, trade ships and train networks had already been put in place during the Qing Dynasty. This meant that, although Shanghai as an economy stagnated during Mao’s era (as did all of China), it was relatively easy for it to recover after his death.

By the ’90s China had fully opened itself up to global trade, giving way to a more open Capitalist system. Premier Zhu Rongji poured money and resources into Shanghai by reducing taxes and encouraging international trade. He invited foreign investment into the city and business came swarming in. This is the Shanghai we know today, a city that has had international ties for centuries and has built trade links into central China and out to the rest of the world. It’s the most valuable hub for trade and travel in all of East Asia, and China’s defining economic powerhouse.

By the ’90s China had fully opened itself up to global trade, giving way to a more open Capitalist system. Premier Zhu Rongji poured money and resources into Shanghai by reducing taxes and encouraging international trade. He invited foreign investment into the city and business came swarming in. This is the Shanghai we know today, a city that has had international ties for centuries and has built trade links into central China and out to the rest of the world. It’s the most valuable hub for trade and travel in all of East Asia, and China’s defining economic powerhouse.