How China is Pressuring Single Women to Get Married 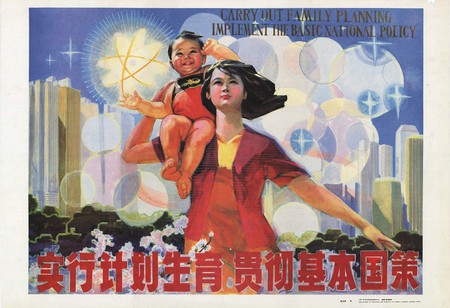 Women around the world face pressure to get married, but in China that pressure is taken to a new level with state media labeling ladies 27 years and older as ‘Sheng nu’ or Leftover Women.

It’s a misty morning in Beijing’s Zhongshan Park. Elderly parents are beginning to gather in the verdant green space, sitting on wooden benches and carefully laying out laminated papers in front of them. These papers read like baseball cards, they feature a flattering image of a single son or daughter, followed by essential stats: age, education, career and income. This is China’s Marriage Market – an impromptu gathering of parents hoping to find their child a spouse.

“In Chinese culture, respecting your parents is the most important quality,” explains Wang Xiao, who was a recent subject in Marriage Market Takeover, a short documentary by SK-II about Sheng nu. “Not getting married is like the biggest sign of disrespect.”

Skincare brand, SKI-II, decided to challenge the idea of ‘Sheng nu’ by attempting to reframe the way three women are seen by their families. The mini documentary aimed to empower single Chinese women, ultimately sparking a larger conversation about the pressures they face to marry, some of which may even resort to renting a ‘fake boyfriend’ to assuage their parent’s fears.

The derogatory label of ‘Sheng nu,’ was coined by the All-China Women’s Federation to describe unmarried women of a certain age. The label was even added to China’s official lexicon by the Ministry of Education back in 2007. ‘Sheng nu’ literally translates to leftover women and has since become popularized by media propaganda and government initiatives aimed at pushing women to get married. The Women’s Federation will even run articles chastising single women above a certain age:

“Many highly educated ‘leftover women’ are very progressive in their thinking and enjoy going to nightclubs to search for a one-night stand, or they become the mistress of a high official or rich man. It is only when they have lost their youth and are kicked out by the man, that they decide to look for a life partner. Therefore, most ‘leftover women’ do not deserve our sympathy.”

The irony of labeling women as ‘Sheng nu,’ is that it is men that tend to be leftover in Chinese society. According to the National State Population and Family Planning Commission, it is projected that by 2020 single men will outnumber single women by at least 30 million. 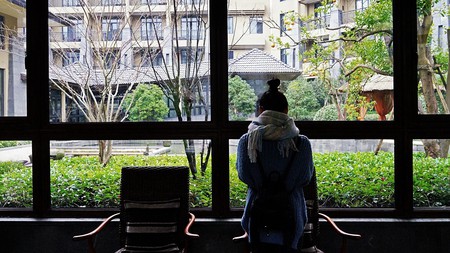 China’s modern gender gap has its roots in historical familial preferences for male children as future family heads and caretakers. The One Child Policy, introduced in 1979 and phased out in 2015, was implemented to curb the expanding Chinese population by imposing fines on families for having more than one child. The policy, combined with the cultural emphasis on male children, led to a significant increase in male versus female children nationwide. So, despite the fact that it is men who are numerically left over, women carry the stigma.

“The government is focused on marrying off urban, educated women but it does not want rural, uneducated women to have more babies,” Leta Hong Fincher told Vogue in an interview. Fincher was a consultant on Marriage Market Takeover, and authored the book Leftover Women: The Resurgence of Gender Inequality in China. Fincher argues that the Chinese government’s concerns about population quantity have now been replaced with a concern for quality. With women migrating towards big cities in pursuit of their careers, China is seeing a growing number of poor, working men left single; hence the efforts to persuade educated women “to build the new generation of skilled workers.”

Sheng nu pressure weighs heavy on many Chinese women whose success is undermined by their relationship status. “No matter how excellent you are [or] how capable you are, in larger Chinese society you’re not as good as a man,” explained University of Michigan Women’s Studies Professor Wang Zheng.

Despite the modern Chinese woman being inundated with marriage messaging, documentaries like Marriage Market Takeover are pushing to reframe the term ‘Sheng nu’ to be a positive identifier for the modern woman. “Marriage in China is extremely patriarchal and women need to see that being single is something to be celebrated [and] not to be ashamed of,” Fincher told the BBC. “I believe that this trend of women who choose to be single and independent is going to increase and this is the beginning.”