How China Is Electrifying the World’s Auto Industry 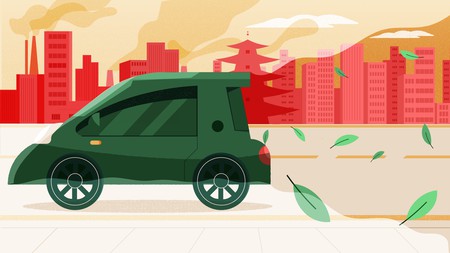 China has silently sped ahead of the rest of the world when it comes to electric vehicles – and this is how they put themselves in the driving seat.

Chinese factories are responsible for manufacturing one new electric vehicle every 25 seconds. If BYD-brand electric buses and SAIC taxis aren’t already zooming around your city, they probably will be soon. By swapping gas guzzlers for green cars, China is transforming into the world’s biggest producer of electric vehicles, helping the rest of the planet to go increasingly fume-free.

China has been the world’s biggest car market for more than a decade, and four major state-owned players dominate the industry: SAIC Motor, Dongfeng, FAW and Chang’an. And if those names don’t ring a bell, their joint ventures will.

Over the past 30 years, these state-owned carmakers have produced some of the planet’s most iconic marques, including Chevrolet, Buick and Volkswagen (SAIC), Honda, Nissan, Renault and Kia (Dongfeng), Audi, Mazda and Toyota (FAW), plus Peugeot, Citroen and Suzuki (Chang’an), to name just a handful.

But the so-called Big Four weren’t always so big. FAW only produced China’s first passenger car in 1958, back when the country’s car industry depended on Soviet technology. However, China’s economic miracle – a period of astronomical growth – changed everything.

By 1992, more than 1 million cars rolled off Chinese production lines, and that growth only accelerated over the two decades that followed. There are now more than 300 million registered vehicles choking China’s roads, billowing out an awful lot of pollution into the country’s already smoggy skies. But the government hatched a plan to change all that. 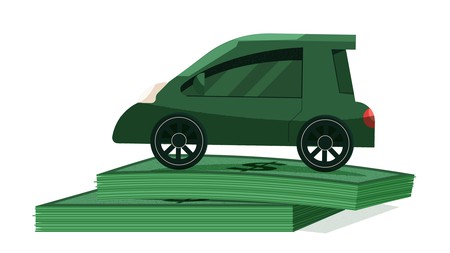 Months after the first Tesla Roadster was delivered to Elon Musk in 2008, Beijing spotted an opportunity to create jobs, slash pollution and sever China’s reliance on imported fossil fuels. So, they drew up a blueprint to dominate the world’s electric auto industry.

A trial program in Shanghai, Shenzhen, Hangzhou, Hefei and Changchun in 2011 offered carmakers a subsidy of around $9,300 (£7,196) for each battery electric vehicle they produced and $7,600 (£5,880) for every plug-in hybrid. Despite this incentive, consumers only bought about 8,000 ‘new energy vehicles’ – or NEVs, as they’re known in China – that first year.

But NEVs really started to fly out of showrooms when the Traffic Management Bureau began to dish out exclusive green plates to electric car owners in 2016. These green plates give drivers special privileges on the road, like being able to use the bus lane in rush hour – and if you’ve ever had the misfortune of being stuck in Chinese traffic, you’ll appreciate how great a privilege this is.

And that’s not the only queue the green plates allow you to skip. While quotas on new petrol-powered cars mean many people have to wait five years for a license plate, electric vehicles can hit the road immediately. And when the government stuffs a big chunk of the sticker price back in your pocket, too, it’s no surprise that more than 1 million NEVs were snapped up in 2018.

NEVs made in China, coming to a city near you

To be precise, China produced 1.256 million NEVs last year – one new electric vehicle rolling off the production line every 25 seconds, and two-thirds of the green cars sold across the globe. Even as the number of traditional cars sold in China shrunk for the first time since the boom of the 1990s, the country’s demand for NEVs exploded by 62% in 2018.

At BYD, China’s largest manufacturer of electric vehicles, an electric vehicle rolls off the Shenzhen-based assembly line every 90 seconds. After dominating the domestic market, the company has its sights set on expanding overseas. BYD currently has electric buses and taxis running in about 200 cities and regions in 50 countries, including Los Angeles, Vancouver, London, Amsterdam, Kuala Lumpur, Singapore, Sydney, Loja (in Ecuador) and Campinas (in Brazil).

But the alarming speed at which China is producing NEVs has led to quality concerns. In 2018, manufacturers in China had to recall 135,700 NEVs. Most of the problems have been related to batteries – with many of them draining too fast or overheating.

But more worryingly, in 2018, there were over 40 cases of electric vehicles catching fire or spontaneously combusting. Most of these incidents have been linked to the surge of NEV start-ups, which have less experience in making cars. 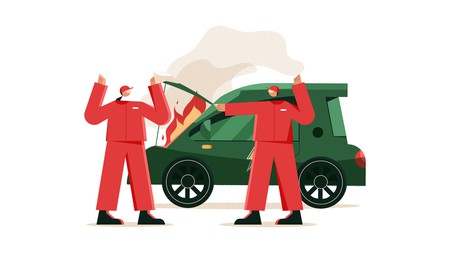 One question is obvious: where are people going to charge all these electric cars? The State Grid Corporation of China is already working on that answer by building a nationwide network of 12,000 charging stations of 4.8 million charging points to accommodate the 5 million NEVs that are expected to be on the road by 2020.

The second problem is a little trickier: what happens when the government phases out those juicy subsidies next year? Beijing is keen to push carmakers to innovate rather than rely on generous handouts, and another new policy is forcing manufacturers to redraw their road maps.

From January 2019, all carmakers operating in China have to produce a minimum number of NEVs, or buy ‘green credits’ from a manufacturer that does, or face hefty penalties – imagine a cap-and-trade system, swapping cars for carbon. The new laws make it harder to set up a factory to build old-school combustion-engine vehicles, and encourage the big players to invest in sustainable technology.

It’s not just electric private cars where China is forging ahead; it’s also leading the charge when it comes to electrified public transportation. In 2017, the Chinese megacity of Shenzhen became the first city in the world to switch its entire fleet of 16,000 buses to electric. By the end of 2018, all of Shenzhen’s 22,000 taxis had also made the switch. The result has been a sharp reduction in both carbon emissions and noise levels.

“For me, the single best thing about the switch to electric transport is the benefits to the environment,” says Joe Ma, deputy general manager at Shenzhen Bus Group. “With the diesel buses, I remember standing at the bus stop in the summer – it used to be unbearable. The lack of emissions and heat coming off the bus is a vast improvement.”

Over 30 Chinese cities have made plans to completely electrify their public transportation systems by 2020, including Shenzhen, Guangzhou, Zhuhai, Dongguan, Foshan and Zhongshan, in the Pearl River Delta, as well as Nanjing, Hangzhou, Shaanxi, Shandong and many others throughout mainland China.

The next step? Autonomous electric cars. Volvo (owned by Chinese carmaker Geely) and Baidu (China’s equivalent of Google) are already working on plans to mass produce self-driving battery-powered vehicles. When it comes to the future of the auto industry, China is sitting in the driver’s seat.