How Big is Virtual Reality in China? 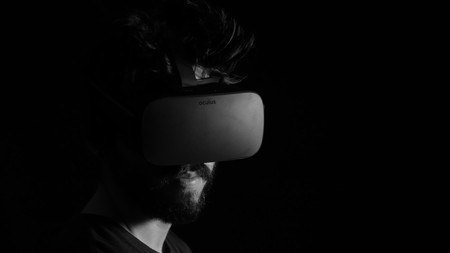 Depending on who you ask, the Chinese virtual reality market is either growing at a phenomenal pace, or is a huge bubble waiting to burst. One thing is for sure, the government is keen to make the technology work in China.

The VR market is set to expand by 441.2 percent this year, according to a study released in January by research firm IDC. The likes of Sony, Microsoft, and Vive starting selling headsets and games in China last year, and as a result there has been more content and a growing number of VR users in the country, the report states.

The country clearly puts a high level of importance on virtual reality. Chinese President Xi Jinping has expressed on numerous occasions his determination to make VR a key part of the country’s future plans.

“First, we need to build an innovative world economy to generate new drivers of growth. Innovation holds the key to fundamentally unleashing the growth potential. The new round of scientific and industrial revolution with Internet at its core is gathering momentum, and new technologies such as artificial intelligence and virtual reality are developing by leaps and bounds. The combination of the virtual economy and the real economy will bring revolutionary changes to our way of work and way of life,” he said at the B20 Summit.

In March a virtual reality town was unveiled. The town, located in Guizhou, in mid-Western China, was established in a local economic zone with the aim of boosting VR development in the country. 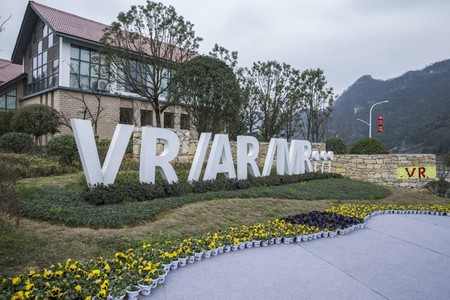 The Chinese government put ambitious goals in place for the project. By 2019, it’s expected to be home to 50 companies, with the capability of producing 1.5 million pieces of VR-related hardware per year. The village is also expected to bring in an annual revenue of 1 billion yuan ($145,490 million), contribute 80 million yuan ($11.6 million) in taxes, and create 3,500 new jobs.

Much like the rest of the world, virtual reality is primarily associated with video games. “Currently the VR market is a very small portion of the Chinese digital games ecosystem. There are many inexpensive options for mobile VR viewers, and some interesting mobile games for them, but the PC-based and console-based VR games market is still quite nascent,” says Lisa Hanson, managing partner at Asian video games market intelligence company Niko Partners. “The reasons are that there are not many games and apps to choose from yet, and the “bigger” hardware headsets are very expensive.”

One of the reasons for the increase in popularity has been the unusual way VR content is consumed in China.

“So far, most of the use is through the low-cost mobile VR viewers. There is an interesting aspect to China’s market though, and that is VR experience cafes and experience pods located throughout the country,” says Hanson.

There are reportedly more than 3,000 virtual reality arcades, most of which are located in malls. Customers pay 20 to 70 Yuan to play.

“Specifically the HTC Vive Cafes are locations where gamers can enter to have a shared experience, meaning they pay a small fee to experience VR in that location. Most users stay less than 30 minutes, so the experience is different from an Internet cafe where gamers stay for hours on end to play multiplayer games on PCs,” Hanson adds.

China’s VR aspirations are ambitious, and the number of arcades spread over the country and the use of cheaper smartphone-utilizing headsets means more people have already been exposed to the technology. Hardware and content developers have already taken note and made the country one of the biggest players in VR.