Here's How China Is Tackling the Fake Food Scourge 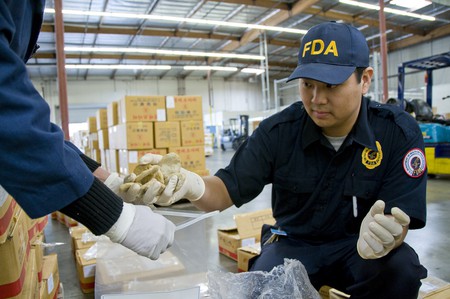 © The U.S. Food and Drug Administration/Flickr

Fake food scandals in China are no stranger to making the news. But as the world’s largest food-producing nation, how is China trying to fight back against this increasingly widespread problem?

Fake food is a global issue, but it’s become a particular problem in China – “the factory of the world” – who are the planet’s largest food-producing and consuming nation.

Over the past decade, scandals related to fake food in China have often made the headlines. In 2008, six babies were killed due to melamine-laced baby formula. There have been reports on everything from rat-meat dressed as lamb, synthetic eggs, and fake shrimp that still sizzle in a wok.

So just how big is the fake food problem in China? Mitchell Weinberg, founder of Inscatech – a global network of food spies – recently told Bloomberg: “Statistically, we’re uncovering fraud about 70 percent of the time, but in China it’s very close to 100 percent,” he said. 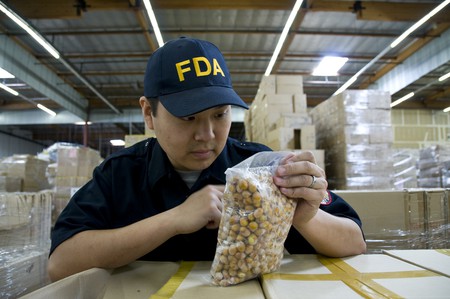 © The U.S. Food and Drug Administration/Flickr

This is a worrying find, given that China is the world’s largest food-producing and consuming nation where corrupted, counterfeit and contaminated food is a very widespread problem. It has potential to have impact globally, too, as Chinese food companies are becoming part of the whole global supply chain.

A study last year by Pew Research Center, found that 40% of Chinese people view food safety as a “very big problem,” up from 12% in 2008.

So what measures are currently being taken to try and prevent the widespread fake food problem in China?

In response to the spate of scandals, China strengthened its food safety laws in 2015. Those found tampering or producing counterfeit food now face tougher penalties, including jail time, and more than US$800 million has been spent hiring additional food safety personnel and bolstering monitoring facilities.

For food spies like Mitchell Weinberg, his company Inscatech is employed to ensure that food products are secure from fraud. Together with his team, Weinberg will track the ingredient from its source. Working undercover, his agents scrutinise equipment, staff, and methods and use genetic and chemical fingerprints to help sort genuine food from the fakes. 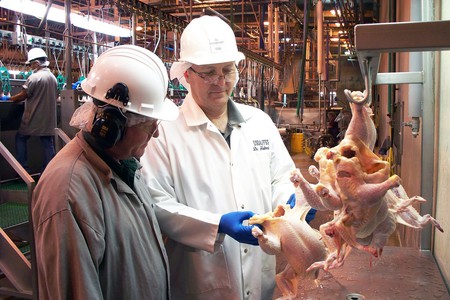 More recently, companies are pursuing a new approach that uses digital technology to track and record the food from farm to plate. Called ‘blockchain’, it’s a database of records that once created can’t be broken or altered. Technologists say that blockchain could play an important role in improving traceability and transparency, allowing tracking of food to be more accurate.

Companies like Wal-Mart Stores, Inc., the world’s largest retailer, has already started testing the blockchain technology system on pork in China and mangoes in the United States. In China, where Wal-Mart has more than 400 stores, the time taken to track the pork’s supply chain was cut from 26 hours to just seconds using blockchain. 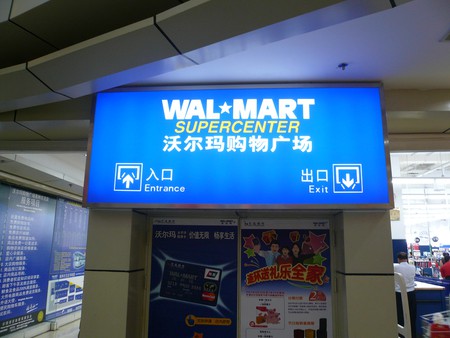 Overall, blockchain could play a major role in helping to improve the traceability and transparency of food at every stage of the supply chain.

However, Weinberg and his team at Inscatech remain doubtful of blockchain’s ability to combat food fraudsters. His firm prefers to use more traditional methods, like undercover agents, to sniff out where in the production process food fraud is taking place.

Weinberg told Bloomberg: “In most food supply chains there is one or more ‘unreliable’ data provider. This means blockchain is likely useless for protecting against food-fraud unless every piece of data is scrutinised to be accurate.” 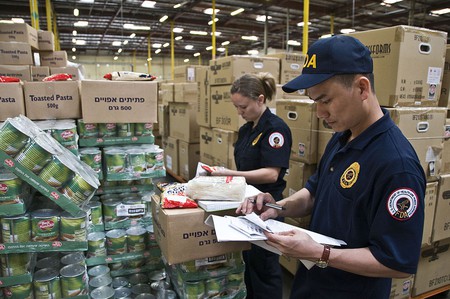 However, all hope is not lost as some food companies are already bringing traceability to consumers. Fonterra Cooperative Group Ltd., the world’s biggest dairy exporter, started putting QR codes on cans of baby formula in April, enabling buyers to verify the product’s authenticity.

These are promising signs that more is being done to crack down on the supply and consumption of fake food. However, due to the sheer size of countries like China, food safety standards are often harder to regulate due to population, more administrative processes and a large network of criminals who are willing to commit fraud in order to make money.

Just this year, an operation by international police organisation INTERPOL called “Opson” uncovered 10,000 tonnes and over 26.4 million litres of fake food and drinks across more than 60 countries. Experts believe that without a presence to fight it, food fraud globally will just continue to grow.