Health, Happiness and Good Harvests: The Springtime Food of China 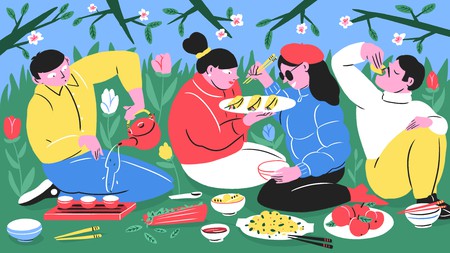 The health benefits of seasonal eating are widely appreciated in China. The arrival of spring sees people enjoying a range of delicious seasonal delicacies that promote renewal and revival after the cold of winter.

China’s great size means that its traditions and cultures vary enormously across the land. One major cultural axis is the north-south divide, as defined by the mighty Yangtze River. Winters in northern China tend to be harsh, so spring is all about rediscovering leafy greens after a season without fresh vegetables. One particularly popular seasonal speciality is the young leaves and shoots of the Chinese toon, a perennial hardwood tree also known as Chinese cedar or mahogany. Seeing and smelling this uniquely aromatic ‘tree vegetable’ in the markets of Beijing tells locals that warmer weather is on its way. People take full advantage of the Chinese toon’s super-short two-week season, stir-frying it with egg, rice or tofu to add a pleasant crunchiness and a flavour that is similar to onion. Rich in vitamins and antioxidants, the leaves and shoots are the perfect start to a springtime of healthy eating. 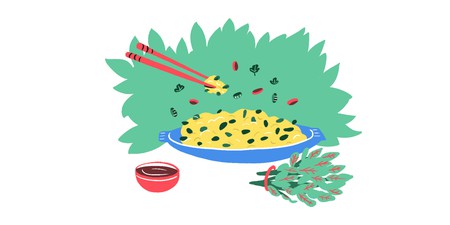 In the Chinese lunisolar calendar, the beginning of the spring solar period is called lichun. For almost 2,000 years, people in the north of the country have celebrated the coming of a new, easier season by eating spring pancakes on this day. Nowadays, these Chinese flatbreads are wrapped around fresh vegetables and meat (usually pork), although people sometimes add walnuts and sugar for a sweeter treat. Made from flour and water, the thin pancakes are usually slightly larger than those you might eat with Peking duck. When eating these pancakes, people say they are yaochun or ‘biting into the spring’, and expressing their wishes for a good harvest year ahead.

Although winters in the southern half of China tend to be milder, they are renowned for their damp cold that seems to chill you to the bone. When warmer weather returns, however, many central and southern Chinese celebrate by hitting their local mountain trails to go in search of spring bamboo shoots. These tender young shoots are usually dug out from the ground at about two weeks old, just after they’ve broken through the soil. Fresh bamboo shoots have a bitter taste and must be boiled in water to rid them of the naturally occurring toxins found within. They are commonly fried or stewed with salty meat and pickled cabbage, which contrast wonderfully with the refreshing, slightly grassy tasty of the shoots. Bamboo shoots are rich in a variety of amino acids and vitamins and are said to be particularly good for nourishing the brain and strengthening the body. 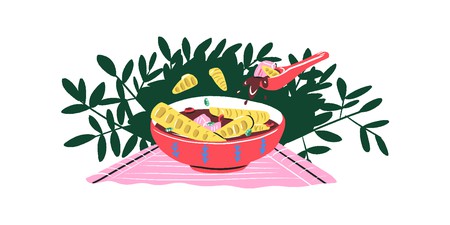 Across China, millions of people still adhere to the ancient principles of Traditional Chinese Medicine, which uses herbal medicines and various mind and body practices, such as acupuncture and tai chi, to treat or prevent health problems. Seasonality is extremely important in TCM, as it’s believed that the body needs different care at different times of the year. Spring, for example, is associated with the liver as the organ is thought to be responsible for moving renewed qi (energy) throughout our bodies after the dormant winter months. An unbalanced liver, it is believed, can cause anger, depression, neck tension and headaches. To avoid these ailments, come springtime, many people in China stick to a diet rich in green vegetables, such as bean sprouts and amaranth leaves, as well as things with sour tastes; it is thought that all these foods help stimulate the liver.

Spring is the very best time to enjoy China’s national drink. The Chinese name their teas after the four seasons, and ‘spring tea’ refers to the very first batches of leaves harvested earliest in the year. At this point, the tiny, newly emerged leaves are at their most tender and sweet, giving a fresh and delicate flavour to the tea made with them. The window to pick these coveted leaves is extremely short, only about 10 to 14 days. In eastern tea-growing provinces such as Zhejiang and Jiangsu, the picking season usually begins at the start of April, although different regions vary depending on their climate. After the initial burst, the tea bushes begin to grow more rapidly, and as their leaves grow larger, the quality of the tea that is made with them diminishes. Tea made with spring leaves is abundant in nutrients such as vitamins and amino acids, making them excellent for your health. They may, however, cause damage to your wallet – per kilo, the very earliest leaves, picked from the best bushes in the country, such as Dragon Well tea from Hangzhou, fetch more than the price of gold! 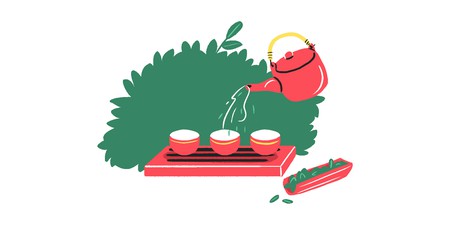 Spring in China isn’t just a time of healthy eating for yourself; it’s also the period for making sure your ancestors eat well in the afterlife. In early April, Chinese people mark Qingming Festival (or Tomb Sweeping Day) by tidying up the graves of their ancestors. They also make their ancestors offerings of food and drink, and burn fake money, which can be used in heaven. The festival is also a chance for families to enjoy an early spring outing, and they often pack picnics to enjoy while tending to their family graves. Different areas of the country have different traditional foods for the festival, but classic Qingming festival foods include dumplings made of glutinous rice powder and green vegetable juice (qingtuan), and rice porridge cooked with fresh peach blossoms (taohua zhou). These foods are usually cooked one or two days before the arrival of Qingming Festival so people can relax and eat during the holiday.