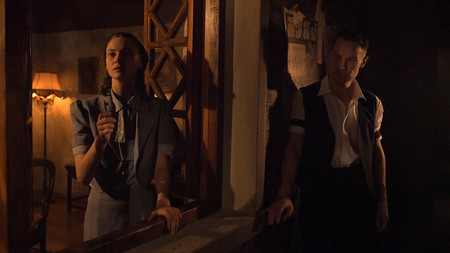 There has never been a show quite like the Shanghai staging of the UK immersive theatre company’s interpretation of Macbeth. It can overtake a visit to the city. It can overtake locals’ lives.

We arrive in a new city a mess of preconceptions. Before we’ve passed the smokers outside the arrivals terminal, airport-shuttled through the outskirts and set foot in the urban core, most cities already have scaffolding in our heads; scaffolding built from songs, news, films, books, anecdotes.

Many a traveller to Shanghai arrives in a 1930s state of mind: riffle through our shared cultural back catalogue and seductive images of the city in its Paris-of-the-East-Pearl-of-the-Orient days come up time and again.

Now usher this brain – in a state of travel-induced inquisitiveness and fatigue, with a few hazy-but-powerful Shanghai preconceptions running in the background – into a performance of the UK immersive theatre company Punchdrunk’s Sleep No More. 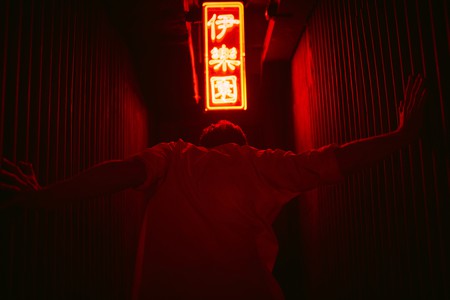 Boom. For visitors to Shanghai, a ticket to Sleep No More – on course to be the city’s longest-running show ever, having reached its fourth anniversary in December 2020 – can take your trip to whole new levels.

Punchdrunk: theatre, but not as you know it

Sleep No More takes place over three hours in the 100-room, six-floor McKinnon Hotel, a disused building in the Jing’an district repurposed by Punchdrunk and local partners SMG Live.

The fantasy begins the moment you arrive, with audience members ushered into a darkly lit cocktail bar, throbbing with scarlet and moody live jazz, where you prime your brain with liquor before entering the “hotel” proper. When the moment comes, you give up your phone, don an anonymising white mask and step inside – to find everything and nothing.

Everything because of the sensory intensity. All of a sudden you’re let loose in this sprawling, richly stage-decorated space, awash with evocative aromas and an eerie soundtrack. The decor, props and costumes are 1930s to the hilt – and there’s no barrier between you and them. Drawers and cupboards can be rummaged about in by the free-roaming audience. Scraps of letters pored over. Depending on which way you turn, it might be moments or a matter of minutes before your first performative encounter. 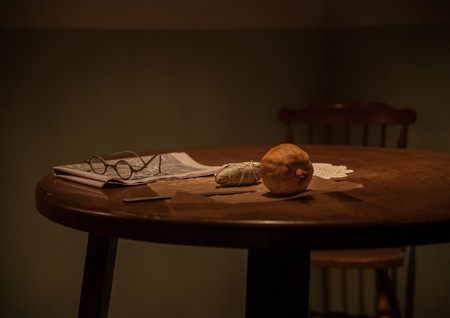 Sleep No More is an immersive, interactive experience | © Stephen Dobbie

And that’s where the nothing comes in. Yes, there are actor-dancers here. And they swirl around you, past you and from floor to floor, wordlessly playing out darkly beautiful, tightly choreographed and seductively enigmatic scenes. And you already know that on some level this is Macbeth reset in 1930s Shanghai.

But to say Sleep No More is based on Shakespeare’s play is like saying you once had a dream that was based on it. The characters and themes are there, like faces you recognise but cannot place, yet none of it adds up in the way our story-craving brains demand.

As with much of Punchdrunk’s work, the Sleep No More narrative is as linear as an acid trip. Multiple scenes loop simultaneously in different parts of the hotel. Punchdrunk founder Felix Barrett – co-director of Sleep No More Shanghai with Maxine Doyle – has spoken about hitting the sweet spot where audiences are disoriented, but thrillingly so – not lost. Pulling this off isn’t easy, as a litany of poorly received immersive shows has shown. 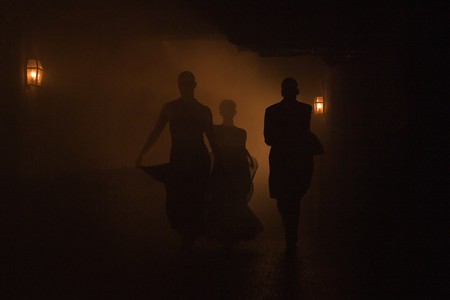 But boy, do Punchdrunk pull it off. The company’s approach has brought them enormous acclaim and devotion. Indeed, such is their association with the phrase “immersive theatre” that they prefer not to use it. Punchdrunk’s influence has even trickled into the marketing world, where immersive experiential events are now a key weapon in the promotional armoury.

Sleep No More and Shanghai

There are significant tweaks in the Shanghai Sleep No More compared to the longer-running NYC production. Punchdrunk shows’ cultural influences always loom large, like your reflection in a funfair hall of mirrors: giddily, unnervingly. In the NYC production of Sleep No More, it’s primarily Macbeth and Hitchcock’s version of Daphne du Maurier’s novel Rebecca. Here in Shanghai, the show is also laced with traces of the Chinese Legend of the White Snake.

The oft-reported eroticism of Punchdrunk’s shows is toned right down. But the most obvious Shanghaiing of the NYC production is in that sultry, noirish 1930s decor – cocktails and jazz, slick hair and silk gowns, tincture bottles and knowing winks. 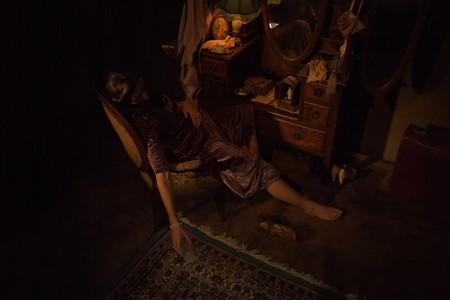 Full of mystery and murkiness, the influences of Sleep No More are there to be seen | © Jiang Fang

If you’re visiting Shanghai, it is this tweak that means a ticket to the show can meddle quite marvellously with your entire experience of the city. After all, while much of the media would have you believe that travel is all about authenticity, it’s not – it’s also about fantasy, about playing your preconceptions off against on-the-ground reality. And if Shanghai does exist somewhere in your head, Sleep No More will find it, delight it and make it sing. It snags you more Shanghai for your money that way. It is the perfect trip add-on. Read Ballard’s Empire of the Sun if you want to weaken your grasp on Shanghai reality further; Du Maurier’s soporific Rebecca is another recommendation.

1930s head-spinning aside, all Punchdrunk shows get obsessives – it’s a consequence of their will o’ the wisp nature. People yearn to “complete” or “decode” the story.

Then there are the gold-dust one-on-ones, in which a member of the audience is targeted by a performer and led away to a secret space for an intimate, though no less enigmatic, experience. In every scene, there’s no escaping the crackle of expectation as audience members seek to lock eyes with the gorgeously physical performers in the hope of a one-on-one come-hither. 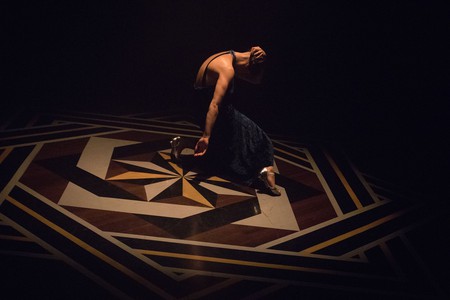 Intimate yet enigmatic, this show is bound to pique your interest | © Mathieu Rabary

Part of the reason the Shanghai show sells out is the phenomenon of the local superfan. Minghai Dong works for what he calls “an internet company” and has enough disposable income to feed his Sleep No More habit. For him, the show is “kind of close to VR, but you also come for the atmosphere, the spaces and the story. Everything makes sense. The decoration makes sense. The clothes. The smells.”

When I met Minghai, he was about to go in, with me, to his 154th performance.

I suspect, in fact, that it’s the way the show’s elements don’t quite make sense that has hooked Minghai on Punchdrunk’s smoke-and-mirrors storytelling. It’s the story that never fully is. The “smells” he refers to – “something sweet; something mouldy; TCP; patchouli oil; photo-developing chemicals” was what I scribbled in my notebook that night – are just another intoxicant in the cauldron. 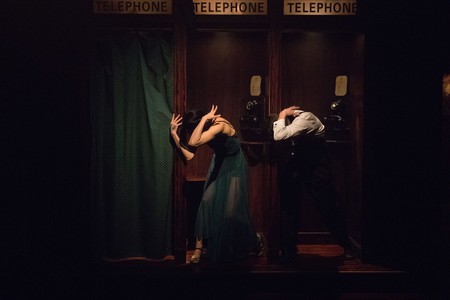 As a local, Minghai says he loves how it’s like old Shanghai. “It’s about what my grandparents experienced. When I was a child, I could only listen [to their stories]. Now it comes true. That’s why I love it.”

Arguably there are also larger cultural factors at play here. As the masked audience steps into the Sleep No More space, a sign above the entrance entreats them, “Abandon your loved ones. Choose your own path.” In a city where more and more young people are becoming netizens, it’s easy to see how this would resonate. And that’s one thing you can be sure of with Sleep No More: one way or another, it will resonate.