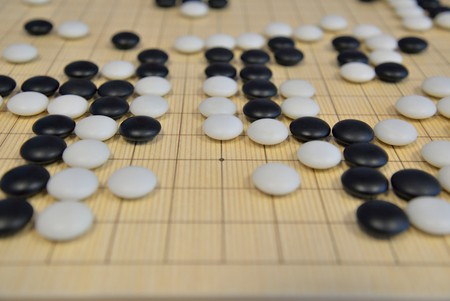 Go is a strategic board game | Oana Raluca/Shutterstock

Google’s artificial intelligence technology AlphaGo is to take on the best Go players in China, as the company seeks to push its A.I. capabilities even further than before.

Just over a year ago, AlphaGo shocked the world when it beat one of South Korea’s top Go players, Lee Sedol. Now the company behind the technology, DeepMind, which was bought by Google in 2014, is setting up a new challenge in China.

According to the American Go Association, Go was invented in China anywhere from 2,500-4,000 years ago. The game involves placing stones on a board in strategic positions to capture the largest area possible. Go was one of the four accomplishments of the Chinese scholar-gentleman caste.

When AlphaGo played Sedol last year, the A.I. made several moves that defied conventional wisdom but paid off anyway. The AI won 4-1, and caused ripples among the Go playing community.

“Instead of diminishing the game, as some feared, artificial intelligence (A.I.) has actually made human players stronger and more creative,” DeepMind wrote in a blog post. “It’s humbling to see how pros and amateurs alike, who have pored over every detail of AlphaGo’s innovative game play, have actually learned new knowledge and strategies about perhaps the most studied and contemplated game in history.”

In the latest competition, AlphaGo will take on 19-year-old Ke Jie, who is the current world number one, according to an unofficial player-ranking system. AlphaGo will also challenge a five-person team containing some of the best players in China, who will work together to try and defeat the AI.

The exhibition matches will take places in the city of Wuzhen in eastern China from April 23-27.

Using A.I. to beat human players at board games may seem like a frivolous use of the technology, but by setting DeepMind to this task, Google has tackled many real-world problems. The machine learning methods used by AlphaGo have been used to reduce energy use, and the same technology is being used in medical research products. Google has also used machine learning to improve Google Photos and Google Translate.