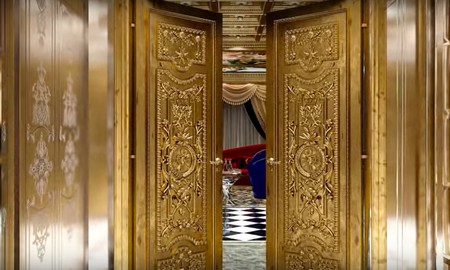 Courtesy of The 13 Holdings Ltd

At a cost of US$1.6 billion, ‘The 13’, in the southern Chinese city of Macau, is set to claim the title as the world’s most luxurious hotel when it opens later this year. Here’s a first look inside the opulent property that has spent US$7 million on each of its 200 guest rooms.

Mention the world’s most luxurious hotel and Emirates Palace in Abu Dhabi or the Burj Al Arab Hotel in Dubai most likely come to mind. However, believe it or not, this year a hotel in the southern Chinese city of Macau looks set to eclipse them in the opulence stakes.

Like most things in Macau, the only place in China where casinos are legal, the US $1.6 billion hotel called ‘The 13’ is on track to be as wonderfully over the top as possibly imaginable. 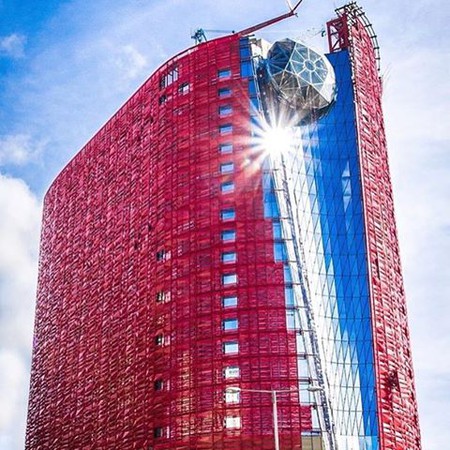 The 13's striking exterior resembles a Royal red robe wrapped around a crystal core, topped off with a 20 meter diamond. Photo: Courtesy of The 13 Holdings Ltd.

Billed as “the gateway to the refined and the remarkable” when it eventually opens later this year, The 13 will be the most luxurious hotel ever built, and aims to redefine global standards.

Set to resemble a 17th-century palace from the French Baroque period, the 22-storey hotel will feature 200 multi-level villas with an average of US$7 million spent on each one. 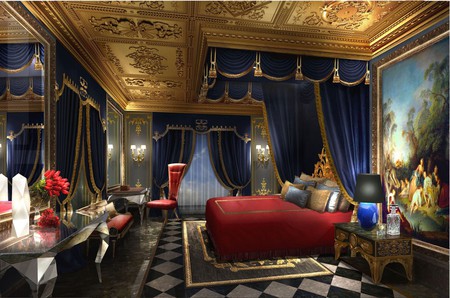 An average of US$7 million has been spent on each of The 13's 200 multilevel suites. Photo: Courtesy of The 13 Holdings Ltd.

All villas come with 24-hour butler service and private elevators that open directly into the villa. The 13’s smallest accommodation, the Villa du Comte, offers guests a generous 2,000 square feet. Moreover, 31 of the villas are even larger, topping out at a monumental 30,000 square feet for its largest – the Villa de Stephen.

For the hotel’s standard Villa du Comte room, each will feature its own private elevator lobby, butler service, and marble Roman bath with enough space for up to eight guests, all decorated in grandiose Baroque style, with stained-glass windows, neoclassical columns and crystal chandeliers. When no one is in the bath it can be concealed by a retractable marble floor.

The bedroom has a king-size, velvet-canopied bed with a carved and gilded Baroque headboard in the royal tradition.

It’s not just the hotel itself that looks set to redefine luxury, as the journey to and from the hotel also looks set to redefine what it means to travel in style. Forget hotel shuttle buses – The 13 has splashed out a whopping US$20 million on a fleet of 30 bespoke, red, extended wheel base Rolls-Royce Phantoms and two highly bespoke gold infused Phantoms which, at the time of commissioning, were the most expensive Rolls-Royce Phantoms ever built.

The Phantoms will chauffeur guests to and from the hotel and be available to guests wanting to visit Macau’s fine dining establishments, casinos or simply appear at business meetings in pure class. 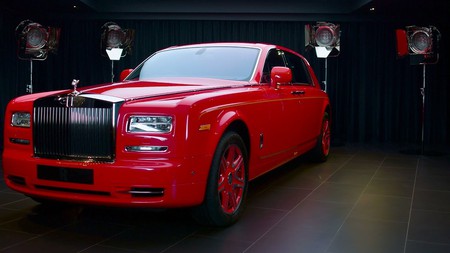 The 13 has splashed out a whopping US$20 million on a fleet of 30 bespoke, red, extended wheel base Rolls-Royce Phantoms. Photo: Courtesy of The 13 Holdings Ltd.

Foodies are in for a treat too, as The 13 will be home to the first outpost of L’Ambroisie outside of Paris – the only Parisian restaurant to have maintained three Michelin stars continuously since 1988.

It’s been reported that a night at The 13 could cost you as much as US$100,000 for the largest villa. The hotel has pulled out all the stops when it comes to both accommodation and service. Every butler has been trained by the prestigious MCM Palace Consultants in Paris and certified by the English Guild of Butlers, while the Rolls-Royce Phantom chauffeurs were trained in England. 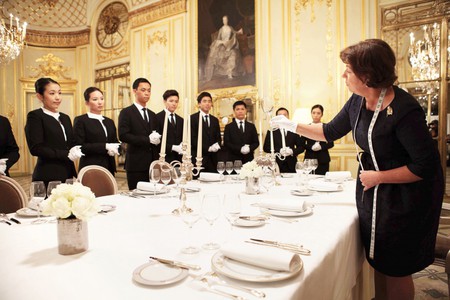 Every butler at The 13 has been trained by the prestigious MCM Palace Consultants in Paris and certified by the English Guild of Butlers. Photo: Courtesy of The 13 Holdings Ltd.

The ultra-luxury hotel is a project by The 13 Holdings Ltd, whose company’s joint chairman is the flamboyant Chinese billionaire Stephen Hung, known for his extravagant lifestyle and luxury car collection. 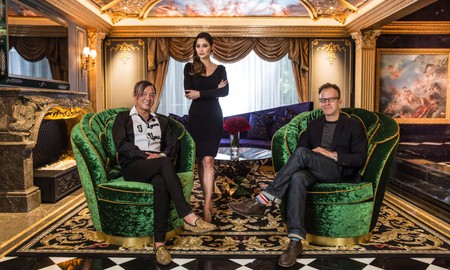 The property is almost near completion and is located just off Macau’s famous Cotai Strip. From the outside it’s hard to miss – the hotel’s striking exterior resembles a royal red robe wrapped around a crystal core, topped off with a 20-metre (66-feet) diamond. It was designed by leading architect Peter Marino, who has previously designed flagship stores for the likes of Chanel, Louis Vuitton and Christian Dior.

No official opening date has been announced for the hotel yet, but all reports suggest The 13 will open its gilded gates by the end of the year.