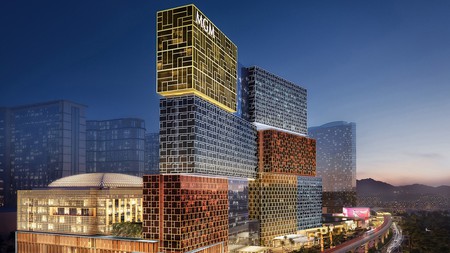 At a cost of USD$3.4 billion, MGM Cotai is the latest multibillion dollar megaresort to open in the southern Chinese city of Macau. Billed as the ‘jewellery box of Macau’s Cotai Strip’, the resort finally opened its gilded doors this month, and we were among the first to see some of the treasures waiting inside.

From the outside, the MGM Cotai mega resort in Macau has been designed to look like a collection of Chinese jewellery boxes. It’s lavish and diamond-encrusted on a scale that only Macau, ‘the Las Vegas of the East’, could pull off. This shrine to extravagance took a team of more than 350 architects, designers and consultants to create, and it is truly striking.

In total, the resort is home to 1,390 room and suites – among them are 16 skylofts and, in a separate wing, 27 Mansion Villas that are the first MGM Mansions in Asia. They can comfortably accommodate a VIP and his entire entourage – you get the picture. 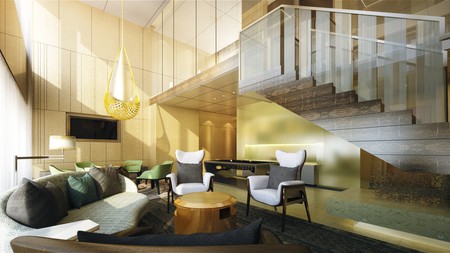 Upon entering the resort, visitors are greeted by what is reportedly the ‘world’s largest indoor art garden’. Bathed in natural light, made possible by a wavy roof fitted with thousands of triangular glass windows, it feels more like a giant greenhouse than a casino. Nevertheless, it’s a refreshing break from the norm.

Called ‘Spectacle’, this giant art garden is located at the heart of the resort and comprises 25 LED screens over four storeys that span the length of a soccer field, while the screens showcase an array of digital art from some of the world’s top artists. It is also home to more than 100,000 plants and over 2,000 rare and exotic plant species, dubbed ‘natural art’.

Art is a running theme at the resort. In total, there are over 300 artworks, including modern and contemporary Asian paintings, newly commissioned pieces and even 28 Chinese imperial carpets from the Qing dynasty that were once housed at the Forbidden City in Beijing. 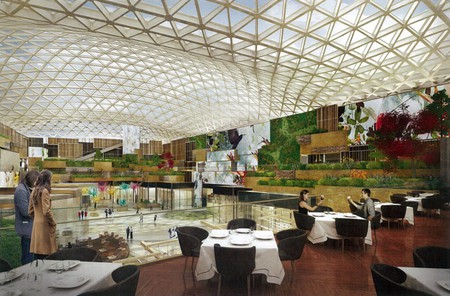 The resort boasts nine food and beverage outlets in total. Among them, ‘Grill 58’ is expected to be a popular destination for food and wine connoisseurs; the menu here is designed by Michelin two-star chef Mauro Colagreco.

Another standout is AJI, Macau’s first Nikkei restaurant (fusion of Peruvian and Japanese) with chef Mitsuharu Tsumura at the helm. Nicknamed ‘Chef Micha’, his restaurant in Peru is currently in the top 10 of the world’s best.

Chocoholics are in for a treat too – Janice Wong, a two-time Asia’s Best Pastry Chef winner, has her own pastry shop with sweets galore, and one of the biggest chocolate fountains in the world (68 seats). 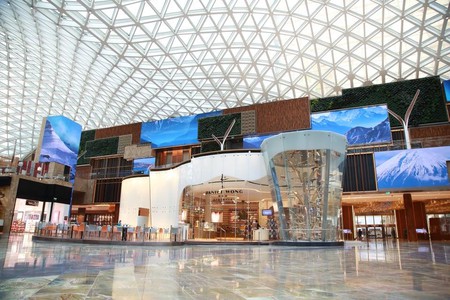 With MGM’s venerable reputation in the film and television industry, they have gone all out to try and introduce some first-of-its-kind entertainment experiences at the resort. Mostly, this is centred around the MGM Theater. Billed as ‘Asia’s first dynamic theatre’, it can seat up to 2,000 people and houses the world’s largest 4K (or ultra HD) LED screen. The theatre will initially be home to two resident shows: ‘The Experience’ a 10-minute technological symphony inspired by the soul of Macau, and ‘Destiny’ a theatrical production that is inspired by the concept of TV game shows and adventure video games. 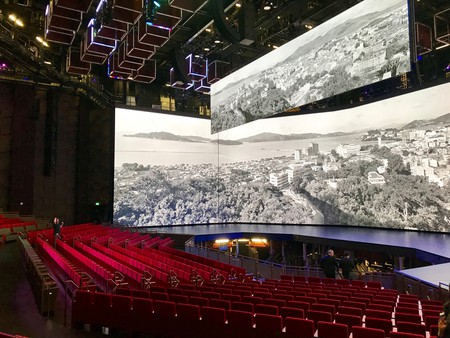 Of course, a resort in the world’s most successful gambling capital wouldn’t be complete without a casino. We’re told that only 10% of the resort is occupied by casino space, but when you walk the casino floor it seems much bigger than that – they have 177 gaming tables and numerous slot machines. Having opened just ahead of the Chinese New Year holiday, no doubt the resort itself will be the biggest winner here.

Other facilities include an enormous spa that is home to Asia’s only SoSound Therapy Lounge. Elsewhere, as with every other Macau resort, it’s a shopping paradise, with row upon row of retail space and just about every luxury brand that you can think of. 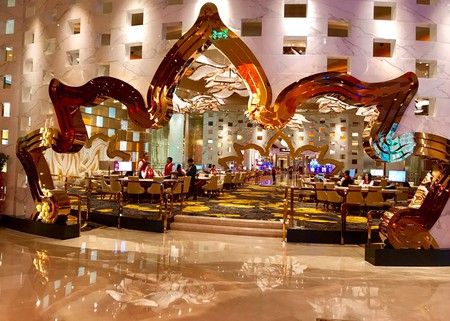 Encouragingly, for a mega resort which otherwise markets itself on the promise of extravagance at every turn, it is the first in Macau to be awarded a ‘Green Building Label’, certifying it as property that is environmentally sustainable in design. They recycle everything from cooking oil to plastics, paper, cardboard, glass, metals and electronics.