Far from the Steppes: A History of Mongols in China 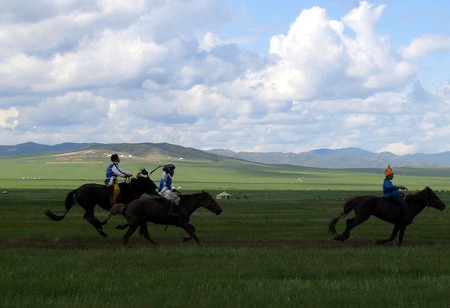 The Mongols, best known for conquering much of the Eurasian continent in the 13th century, have become one of China’s minority ethnic groups, and make their homes as far south as Yunnan province on the border of Vietnam. How did this Mongol diaspora happen?

Origins on the Steppes

The Mongols come from the vast grasslands that stretch across northern China and far eastern Russia, with the modern country of Mongolia situated between the two. The term “Mongol” actually refers collectively to the various steppes tribes which share a common linguistic root, their different dialects being labelled “Mongolian.” For a long time the Mongols belonged to many disparate tribes, and did not have any unified government or leadership. With a nomadic lifestyle based on horseback riding and sheep herding, the Mongols made their homes all across the grasslands of northern and central Eurasia, occasionally banding together for a joint purpose, such as the conquest of a neighboring tribe, but never actually forming any true state until Genghis Khan appeared on the scene. 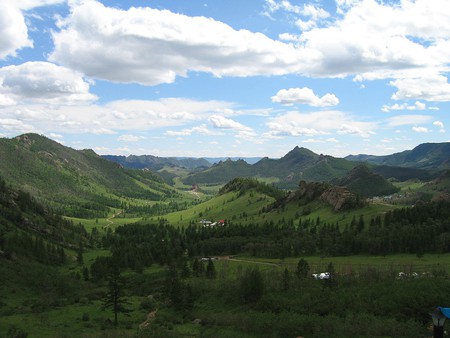 The man who was then called Temujin, who would later become Genghis Khan, built his empire by creating a serious of alliances that made him more and more powerful. The tribes he could not convince to ally with him, he brought under control through conquest. In 1206 the Mongolian tribes held a Kurultai, an assembly of all the tribes, and proclaimed him the Genghis Khan, the universal leader, Khan of all Khans. Over the next century, the Mongols would conquer all of China, central Asia, most parts of the middle East, and parts of Russia and Eastern Europe. Wherever the Mongols conquered, they took captives, and would take these captives to other parts of the empire, helping to diversify Eurasia. The Mongol empire facilitated the spread of Islam to China, and Chinese inventions such as gunpowder to Europe. They also facilitated the spread of the bubonic plague, the deadly disease which would ultimately wipe out a large percentage of the European population, and would lead to the downfall of the Mongol empire itself. 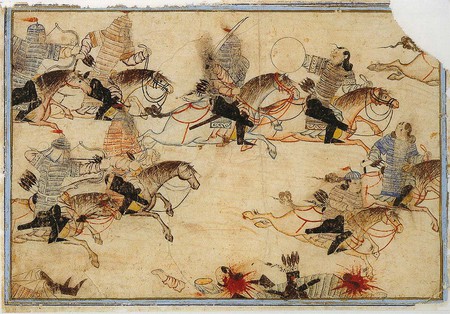 Nomadic peoples in the Middle Ages were not well known for being able to maintain stable empires. Much more familiar to these mobile peoples were the patterns of raiding, conquest, and plunder, which usually ended when all of the wealth was extracted from a society. However, Genghis Khan saw the allure of protracted occupation of the highly developed and prosperous Song China. Song China’s riches lay in her bountiful rice fields, and if the Mongols could maintain control over China, the riches that would pour into the Mongol empire would not be simply the limited riches of plunder, but a steady flow of income that would keep the Mongol armies satisfied for years to come. Therefore, when the Mongols conquered China (an effort that took nearly a century and wasn’t completed until after Genghis Khan’s death), they were somewhat less destructive than they had been in other places which had less inherent value to the Mongol leadership. The Mongols wanted to keep the Chinese relatively happy and content, and therefore they adopted many Chinese ways. Kubilai Khan gave his son a Chinese Confucian tutor and posthumously had Chinese burial tablets inscribed for his parents. 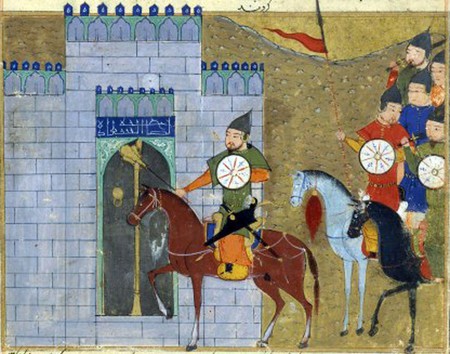 The Fall of the Empire

After the death of Kubilai Khan the Mongol Empire was wracked by a series of civil wars, and weakened by the bubonic plague, both of which resulted in the fracturing of the empire into several different empires which were, for all intents and purposes, autonomous. Lacking the strength of the massive Mongol Empire, these successor empires, including the Chinese Yuan dynasty, had various degrees of success and longevity. When Kubilai lived, he had used Yunnan and Hunan provinces in the south as the base of operations for their attacks into Burma and Vietnam. Kubilai was repeatedly defeated in his attempts to conquer Vietnam, but was moderately more successful in Burma. However, by the mid 14th century, the Ming dynasty rebels had forced the Mongols out of China, and set their sights on the remaining Mongol stronghold in Yunnan. In 1381 the Ming forces finally crushed the remaining Mongol armies in Yunnan. Had the Ming dynasty not successfully supplanted the Mongols, it is possible they would have conquered parts of Southeast Asia as well. 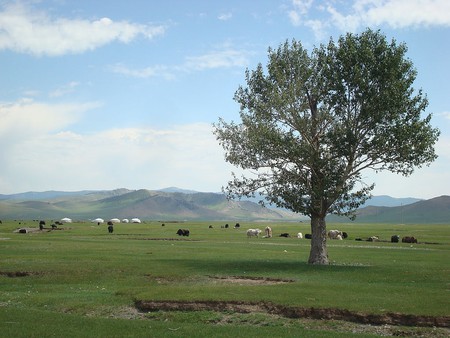 Where are the Mongols now?

The majority of Chinese Mongols are concentrated in Inner Mongolia, where they retain their native language and nomadic way of life. There are also significant populations of Mongols in Xinjiang, Gansu, Qinghai, Liaoning, all along the northern borders of China, in the steppes where Mongols traditionally made their homes. Perhaps the most surprising legacy of the Mongol empire is a settlement in the mountains of Yunnan, in Tonghai, near where the Mongol armies were defeated in the late 14th century. Mongols in Yunnan who had accompanied the armies as an occupying population were left with no choice but to settle down in the township of Tonghai. Over time, these Mongols lost most of their language, adopted the local dialect and lost many of their Mongolian ways. However, they retained their cultural identity as Mongols, and the language that they spoke, a dialect heavilily influenced by the Yi language of their neighbors, retained enough Mongolian words as to be distinct from other dialects. These people became known as the Khatso people, and are the farthest away from the Mongol heartland of all Mongol settlements in China. In recent times, the Khatso have made efforts to reconnect with their heritage, sending delegations to Mongolia to study the language and the customs of their distant homeland. Nowadays, Mongols in Tonghai celebrate Nadaam in summer, and the sounds of the Mongolian horse-head fiddle can be heard in the streets, as these remnants of an ancient empire bask in the glory of their impressive heritage. 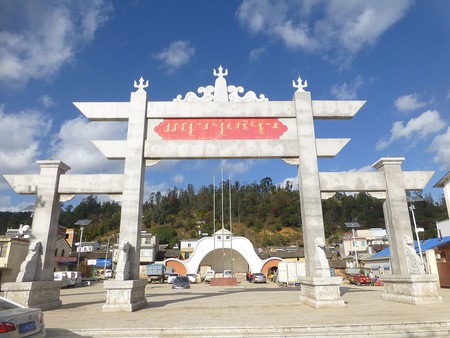