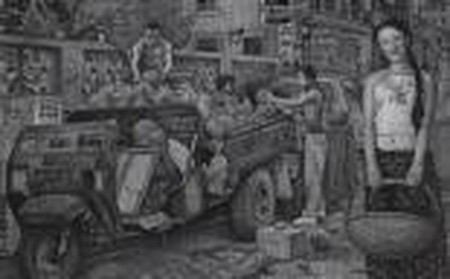 Chinese artist Qiu Jie’s intricate, multi-layered pencil drawings combine Chinese propaganda imagery, motifs from Western consumerism and traditional Chinese art forms in a beguiling mixture of history and fantasy. He tells us about his work and the way in which he developed his unique style, on the eve of his exhibition at Singapore’s Art Plural Gallery: Qiu Jie: Solo Exhibition, which runs from the 13th of September to the 26th of October. 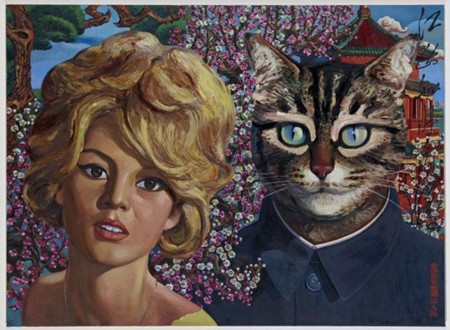 Q: Your practice is informed by many different stylistic and cultural traditions. How would you define your artistic style?

A: To define my style, I have to talk about my tools, pencil and paper. When looking at a part of a drawing, it is difficult to recognize that it is from me, unlike for Picasso for example. One could say it is from a student of the Beaux Arts Academy. My style, or better said, my speech, is linked to the involvement, the patience required by these tools for each single drawing. It lies in the concept more than the aesthetics.

Q: A recurrent theme in your work is the realist imagery of socialist propaganda. What meaning does this imagery have for you and how do you try and use it in your work?

A: Propaganda belongs to the roots of my artistic education. When I was 10 years old during the Cultural Revolution, I used to copy propaganda drawings from newspapers. China is not what it used to be, but today, another form of economic propaganda is developing around the world. When you look at advertisings from H&M for instance, there is always a woman smiling even in winter and a James Bond kind of man. We have inherited from political propaganda and my work is about this. I am using the propaganda imagery I have seen in my youth as well as the aesthetics of contemporary advertising. 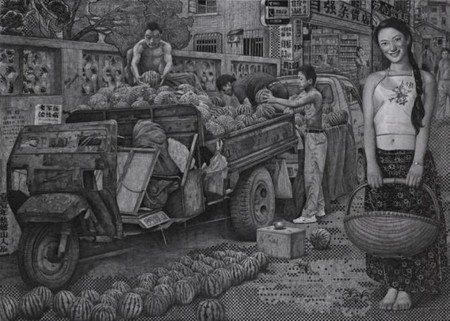 Q: Animals often feature in your work and you engage in anthropomorphism in various ways, particularly through your Mao series, why does this animal or feline imagery have such importance to you?

A: Mao is a pun on words, it means ‘cat’ in Chinese. There is thus a phonetic confrontation between the cat and the president. In the 1970’s, it was forbidden to kill cats because it was interpreted as killing the president. The animal has thus become a political reference and I use it ironically dressed with a Mao costume. Also, the imagery of the cat has been following me through my artistic career. There is a cat at home that we call Mao and the Mao series started with a portrait of this cat. Then it evolved and it is now very special in my work.

Q: You combine both cultural and political motifs from the East and the West. To what extent is this fusion intentional, or is it a natural result of your upbringing?

A: I always want to express what I feel. I have experienced both educational systems from the East and the West as I graduated from School of Fine Arts in Switzerland and China. All these cultural confrontations live in me and need to go out. I must express this feeling. Also, both imageries are part of my daily life. Today, I pick up some advertising in my mailing box in Switzerland, tomorrow, I go back to China and wander in traditional neighbourhoods. Both cultures belong to my artistic identity. 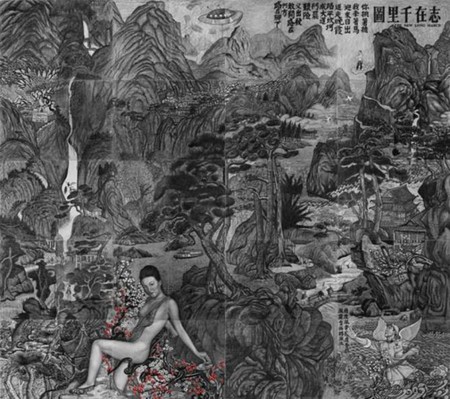 Q: Tell us about the development of your style, how did you start out as a painter and what were your original inspirations and motivations?

A: At the beginning, I wanted to find a style; I was constantly looking for it. But progressively, I realized it is not something one can decide conceptually. It has to come naturally. I have been practicing drawing for 40 years so I have built and expressed a speech around this artistic discipline. Today, my drawings are able to welcome each element I am eager to feature.

Q: In your work socialist realism is combined with the fantastical to create a sort of magical realism, would you describe your paintings and art works as fantastical, and is that a means of political commentary?

A: I think the answer is in your question. I play with different languages and the fantastical comes in because all these images cannot go together, they come from such different realistic backgrounds. My poetry is based on realism. Many Chinese authors express themselves through a ‘fantastical realism’ style including Mo Yan, Nobel Prize of Literature in 2012. The Chinese are attached to the realist aesthetics because for them, quality lies on the mastering of technique. But they also want to escape these limits; this is why different elements come in. 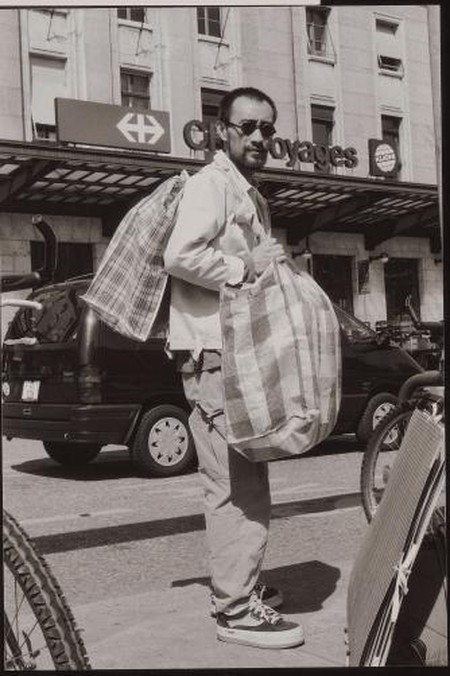 Q: China’s Great Leap Forward and the Cultural Revolution feature heavily in your work in various ways. Do these momentous events still have contemporary significance for you?

A: I am an artist of the Cultural Revolution’s generation. Chinese events have marked my identity and are part of my work. If you want to know my position, you can look at my drawings!

Q: Which artists, either from Europe or Asia, have influenced you the most throughout your career?

A: I do not have a unique ideal or model. I am very interested in the classical references both in China and Europe. Also, the visual universe in which I live in inspires me a lot and I have many sources of inspiration that I like to integrate in my drawings.

Q: How has your time living in Switzerland informed your art and to what extent?

A: I studied 5 years in Geneva and it was an incredible experience. The system is totally the opposite of the Chinese one. The focus is on conceptualizing and thinking whereas in China, the importance is on the technique. At the beginning, I was a bit reluctant to the Swiss system, I was asking myself: ‘Do I need to keep on insisting on technique and if yes, why did I come here? And if I follow the European model, what does all I worked on before mean?’ After a while, I realized I can keep on using realism and insisting on details as I had been brought but I also introduced the concepts of purity, narrative complexity, and simplicity of tools. Thanks to my education in Switzerland, my work took a conceptual dimension.

Q: How do you feel you fit in to the contemporary art scene in China, and what is your opinion on that scene, and the fame of such Chinese artist/dissidents as Aiweiwei?

A: I am very proud to propose something unique and I cannot think of another artist drawing with graphite on paper with such a consistent artistic speech. Today, it is very tough to be creative but I think I am developing an original proposition. Unfortunately, drawing is often considered as a preparatory step to painting. Collectors start to understand that it is a true artistic discipline and I think it has a very promising future. Concerning Aiweiwei, his work is so big and important that words are not enough to comment. It goes beyond me.