Exploring Nantong: China's Pearl Of The River And Sea

Situated on the north bank of the Yangtze River, Nantong – known as the Pearl of the River and Sea – is a historical and cultural city that has been an important port of call within the Jiangsu province for many years through its involvement in the development of the textile industry.
Although Nantong is fast becoming a cosmopolitan city, it still remains very much independent from the influence of Western culture. Despite this, we look at the five main attractions that the city has to offer.

Langshan, or ‘Wolf Mountain’ as it’s known, is an infamous attraction in Langshang Town, near the Central Business District of Nantong, and the tallest of the five small hills in the surrounding area. Despite its given name, Langshan is more of a hill as it stands around 110 meters tall. If you were to ask any of the locals about the origin of its name, you would hear varying stories about how there are wolves living on the hill; that the spirit of a white wolf still haunts the hill, or that it was simply called so because of the mere formation of the hill.

The climb up to the peak is not a strenuous one as the change in incline is gradual. However, even on a mild day it’s easy to work up a sweat in the humidity. Be warned, if you plan to visit Langshan during a public holiday, you should expect to bear the brunt of the ancient Chinese proverb: ‘people mountain, people sea’. Although, admittedly, the crowds are nowhere near as vast as in larger cities within China. In addition, there are usually numerous street vendors lining the pathways selling various knick-knacks and handicrafts.

At the peak of the hill sits Guanjiao Temple – a Buddhist shrine that was established in the Tang Dynasty – as well as other relics pertaining to Buddhist and traditional Chinese culture. Even if admiring the architecture; gazing upon relics, or witnessing Buddhist rituals aren’t for you, the view of Nantong from the top of the hill are certainly worth the venture.

Located within the old city centre, this scenic attraction was initially brought to life as a man-made moat, whose main purpose was to protect the city from attack. The river is around ten kilometers long, hugs the city centre, and is said to be one of the most well-preserved moats in China.

Along the river shore there are a numerous places of interest to visit, such as: Culture Square, featuring the Crystal Stage which holds a number of entertainment events in the summer months; the Crystal Sculpture, which has the smallest of resemblances to The Louvre; Nantong TV Tower; the Wencheng City Ruins, and, of course, the Haohe River itself that features the obligatory riverboats which you can embark on to tour the city by water. However, these riverboat tours can often be a little pricey if traveling solo. You can walk around the river by foot and the scenery will be just as beautiful – day or night.

If you walk a little further down the river, you will come across The Ruined Site of Nantong Xiu Zhi Ju, an export specialist who dealt with embroidered fabrics, and the Shen Shou Art Gallery. If you’re interested in learning more about the history of Nantong in regards to its involvement in the cultural art exchange, through embroidery and fabrics, take some time out to have a gander. Although the gallery is modest in size, and is mostly made up of photography, it is still interesting to see the history of Nantong through another perspective. 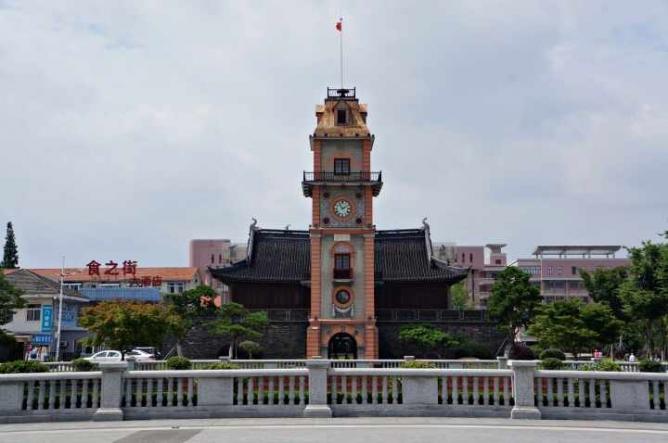 Usually the most popular park for visitors is Wenfeng Park, or People’s Park, near the old city centre. However, Nantong’s Horticultural Expo Park is an absolute gem of a find. In total there are 5 hills located in and around Nantong city (with Langshan being the most significant); Nantong Horticultural Park is home to one of the smaller hills, does not attract as many visitors, and provides stunning cliff side views of the Yangtze River. If you want to walk around the entire park, you will have to allow two – three hours, depending on the pace of your stroll and how often you stop to take pictures of the beautiful scenery. Filled with ponds; bridges; play areas for children; orchards; and a gorgeous, yet modest, pier featuring an old quaint lighthouse – from which you can watch multitudes of ships and fishing boats drift past – you will certainly appreciate the beauty and serenity of its location. Even the view of Langshan is quite beautiful in itself. So, take some time out near the end of your walk to sit by the lake and you’ll soon find yourself at peace with the help of the serene surroundings. Admission Fee: 30 RMB Opening Hours: Check with the park Nantong Horticultural Expo Park, Port Road, Nantong City No. 18

Nandajia and The Clock Tower Square

Near the Haohe scenic area, in the heart of the city, lies Nandajia – a street full of shops, KTV branches, and infamous local hotpot restaurants to satiate any hungry traveler. Adjacent to this well-known shopping haven is The Clock Tower Square and, although modest in size and attractions, a quick visit would not go amiss, especially on a warm summer’s day.

A walk around The Clock a Tower area could take you anywhere between 30 minutes to a few hours, depending on how extensively you wish to browse the features that a proffered. These range from the Sunken Square, the Clock and Watch Tower, and a Map of Bronze Cross Street to the Dry Fountain, exhibition walls featuring murals of Nantong’s history, and the Leisure Promenade.

Fancy a quick break from all your exploring? Then head on down through the Underground Market Barrier, where you’ll find a variety of food stalls and shops, and you can relax by the fountain within the sunken square with a pizza come or two.

Differing from the typical tourist spots within the city, the Central Business a District in Zhongnan Century City is worth a mention because of how fast it has developed in recent years. Hop on a bus from Nandajia and, within half an hour, you’ll find yourself in an area that is abundant with restaurants of all shapes and sizes, including some which offer lots of Western cuisine; riverside bars; multi-storey department stores, and the Central Park plaza that is complete with fountains, a public water park, and views of the distant government building.