Everything You Need to Know About Xiangsheng, China's Homegrown Comedy 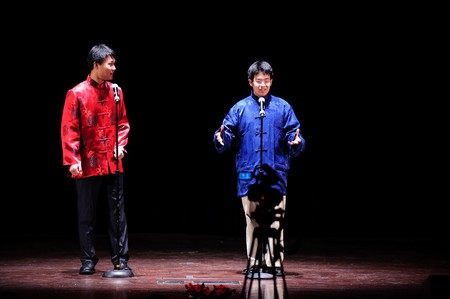 An art form once seen as vulgar and pedestrian has become an integral part of modern Chinese culture. This is the story of Xiangsheng.

Long before Abbott and Costello had American audiences rolling on the floor with their “Who’s on First?” routine, Chinese comedians were performing a similar type of comedy called Xiangsheng. No one is sure when exactly the art form was born, but estimates put it in the mid-1800s toward the end of the Qing dynasty.

Xiangsheng translates roughly to “cross-talk” and typically involves two performers bantering back and forth with a set of four core skills: speaking, imitating, teasing, and singing. Since Xiangsheng’s birth, performers have stretched the limits of its definition, and, today, it is not uncommon to see the comedy style performed solo or in groups. 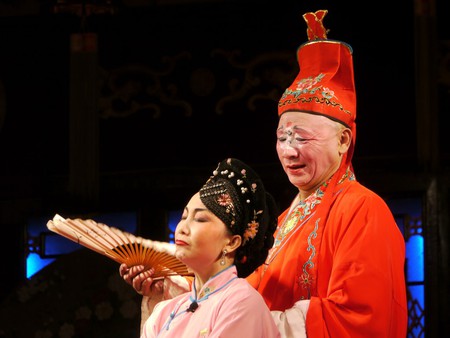 When it began, Xiangsheng was performed on the street, thus classifying it as low-brow. However, upon the Communist takeover in 1949, its humble beginnings transformed it into a proletarian art form, and Xiangsheng moved from the street to the stage.

To this day, Xiangsheng has always been performed in the Beijing dialect or standard Mandarin. This helped it gain popularity in the mid 1900s, as Mao Zedong set out on a mission to promote Mandarin speaking nationwide. During this time, Xiangsheng performer Hou Baolin, considered by many to be China’s answer to Charlie Chaplain, led a campaign to de-vulgarize the comedy style and make it more politically correct.

Still, Xiangsheng was not immune from the Cultural Revolution, and the art form sadly declined during the 1960s and ’70s as a result. It picked up speed toward the end of the decade, however, as performers began using it as a way to criticize politicians. Many performers at the time created banter mocking the infamous Gang of Four as well as the excesses of the time. 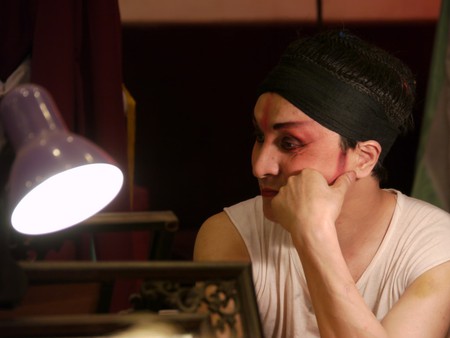 Since then, Xiangsheng has enjoyed waves of decline and resurgence. It has also picked up foreign fans, most notably Canadian comedian Mark Roswell, known better by his Chinese name, Dashan. Roswell gained fame in the early 1990s after being asked to perform a Xiangsheng sketch on the nationally broadcast CCTV New Year’s Gala. After his initial performance, Roswell began studying Xiangsheng under comedian Jiang Kun and was officially inducted into the “9th generation” of Xiangsheng performers. As Xiangsheng requires an extreme mastery of the Chinese language, Roswell remained and continues to remain in the Chinese spotlight and is considered the idol of many Mandarin language learners around the world.

Xiangsheng is not for everyone, though. Many young people today find it boring, doctrinal, and even too silly. Still, every year, millions across China tune in to the CCTV New Year’s Gala and laugh at the Xiangsheng that has become one of China’s favorite pastimes.