Everything You Need to Know About Ni Ni, China's Gucci-approved Celebrity 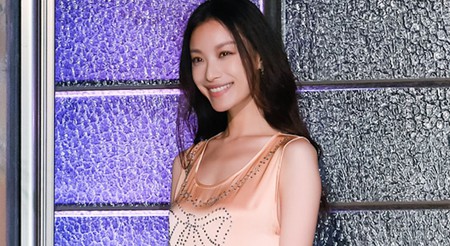 At their cruise show in at the Uffizi Gallery in Florence, Gucci ensured that their front row was full of fashion’s most notable influencers and industry names. Reflecting the affluent market and the exciting fashion scene, many of these were bloggers from China who have played an instrumental role in helping the brand secure an ardent audience in the country. However, notably, there was only one Chinese celebrity invited, actress and Gucci’s Asian ambassador Ni Ni. Here’s everything you need to know about the brand’s leading star.

She is Asian ambassador for the Gucci Eyewear line

Shot by Glen Luchford, 29-year-old Ni Ni fronted the brand’s eyewear campaigns earlier in the year, and is a regular at Gucci events. ‘I have been captivated by Alessandro Michele’s collections; his passion for beauty of the past, and how he imparts his own poetic language into designs. To be part of this new chapter at Gucci is truly inspiring,’ Ni Ni is reported to have said earlier in the year.

She starred opposite Christian Bale in The Flowers of War

Released in 2011 and directed by Yimou Zhang, The Flowers of War tells the story of the 1937 Japanese invasion of Nanking, with Ni Ni playing leading lady opposite Christian Bale as he attempts to save a group of young women from the brutality unfolding around them. The film marked her break into the industry, and has seen Ni Ni rise to stardom ever since.

She is an ambassador for Tiffany & Co.

She starred in the Chinese remake of Bride Wars

Launched on Valentines Day in 2015, Ni Ni starred in the remake of the classic romantic comedy featuring Kate Hudson and Anne Hathway. In the remake, Ni Ni played the lead, starring alongside Chinese model and actresses Angelababy and Emmy award nominee Zhu Yawen.

She originally trained as a broadcaster

A graduate from the Communication University of China, Ni Ni studied broadcasting and hosting before transferring her focus to acting.

Ni Ni started dating the star of Chinese blockbuster Monster Hunt in 2016. She also has an adorable cat named Ma Ma who she dedicates ample Instagram posts to.