Everything You Could Buy With Carlos Tevez's Weekly Wage 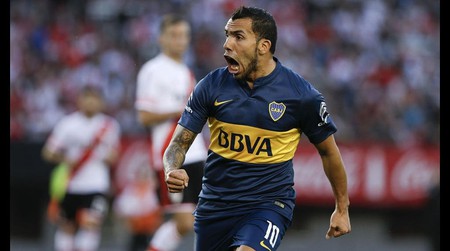 Carlos Tevez became the highest paid footballer in the world this week when he completed his move to Chinese side Shanghai Shenhua FC. Here’s a rundown of what he could spend his weekly earnings – all £615,000 of them – on, assuming he felt inclined to do so, of course.

As the Chinese Super League continues to ramp up its spending in an aggressive attempt to stamp some authority on the world game, it reached new heights with the Argentine striker moving to the Shanghai club from Boca Juniors. While the preposterous amount of money spent on attracting stars to the super power’s league shows no sign of slowing down, it’s alarming what else could be done with the same amount of money.

Tevez is, of course, not the first big name to make his way to China with the pungent whiff of yuan filling the nostrils. It was only a matter of weeks ago that Brazilian midfielder Oscar left Chelsea for Shanghai SIPG in an eye-watering £60m move, with the 25-year-old picking up £400,000 a week in wages from his new employers.

While Tevez is certainly in the twilight of his career, the signing of Oscar, as well as Belgian defensive midfielder Alex Witsel, shows that there are players at the peak of their powers – certainly in terms of age – that are willing to make the move to the CSL. Some may view it as pure greed, or a lack of ambition, neither argument will dissuade more players doing the same.

Although there are tabloid tales of trying to lure Cristiano Ronaldo to China, it seems unrealistic that someone so obsessed with his own reputation would consider a move to a league significantly below his ability (isn’t every league, though?). That aside, the people supplying the finances to the Chinese clubs will believe that any and every player is fair game.

Is the CSL Worth it?

Without being too disrespectful, the CSL is no place for players with serious footballing ambition. While it obviously very difficult to turn down such insane amounts of money when they are offered, there are surely other clubs in Europe’s elite leagues that can allow the same players to still earn plenty of money, while playing at the top of the game. It’s not a decision between Chinese money or a pittance, after all.

At the moment there are no signs of the trend changing. The country’s very public drive to improve as a footballing nation is not panning out as well as the government had hoped for by this stage, but don’t be surprised by more players heading east – money apparently “talks”, in China it’s screaming from the rooftops.

Highest earners in the Chinese Super League (earnings per week):