Where to Eat the Best Portuguese Egg Tarts in Macau

A trip to Macau isn’t complete without trying one of its highly-praised egg tarts. Unrivalled in their deliciousness, they have become the city’s own edible icon. But with a growing number of choices, which bakery offers the tastiest tarts? We explore the many options.

For many, one of the top must-do items when visiting Macau is to buy a box of freshly baked Macau egg tarts. Their reputation as the best egg tarts you can find – anywhere – has made venturing to Macau something of a pilgrimage for pastry lovers.

Based on the pasteis de nata from Portugal, the tarts were first introduced to Macau by a British pharmacist-turned Baker, called Andrew Stow. After tasting the tarts in Portgual, Stow returned to Macau and started experimenting with the recipe to create his own ‘Macau’ version. Not long after, he opened Lord Stow’s Bakery in Macau’s Coloane Village and the rest is history. More than 25 years after selling their first tart, the bakery produces more than 13,000 a day and they are more popular than ever.

Where to try them

In the charming Coloane Village, Lord Stow’s Bakery has become one of Macau’s most popular attractions. Home to the original Macau egg tarts, they are baked fresh daily on site and are considered, by many, to be the original and the best. With their flaky pastry crusts, delicious egg custard centres and crispy crème brulée tops, they taste twice as nice when piping hot. In addition to the original shop in Coloane Village, there are also two cafes located in the Venetian Macao resort. 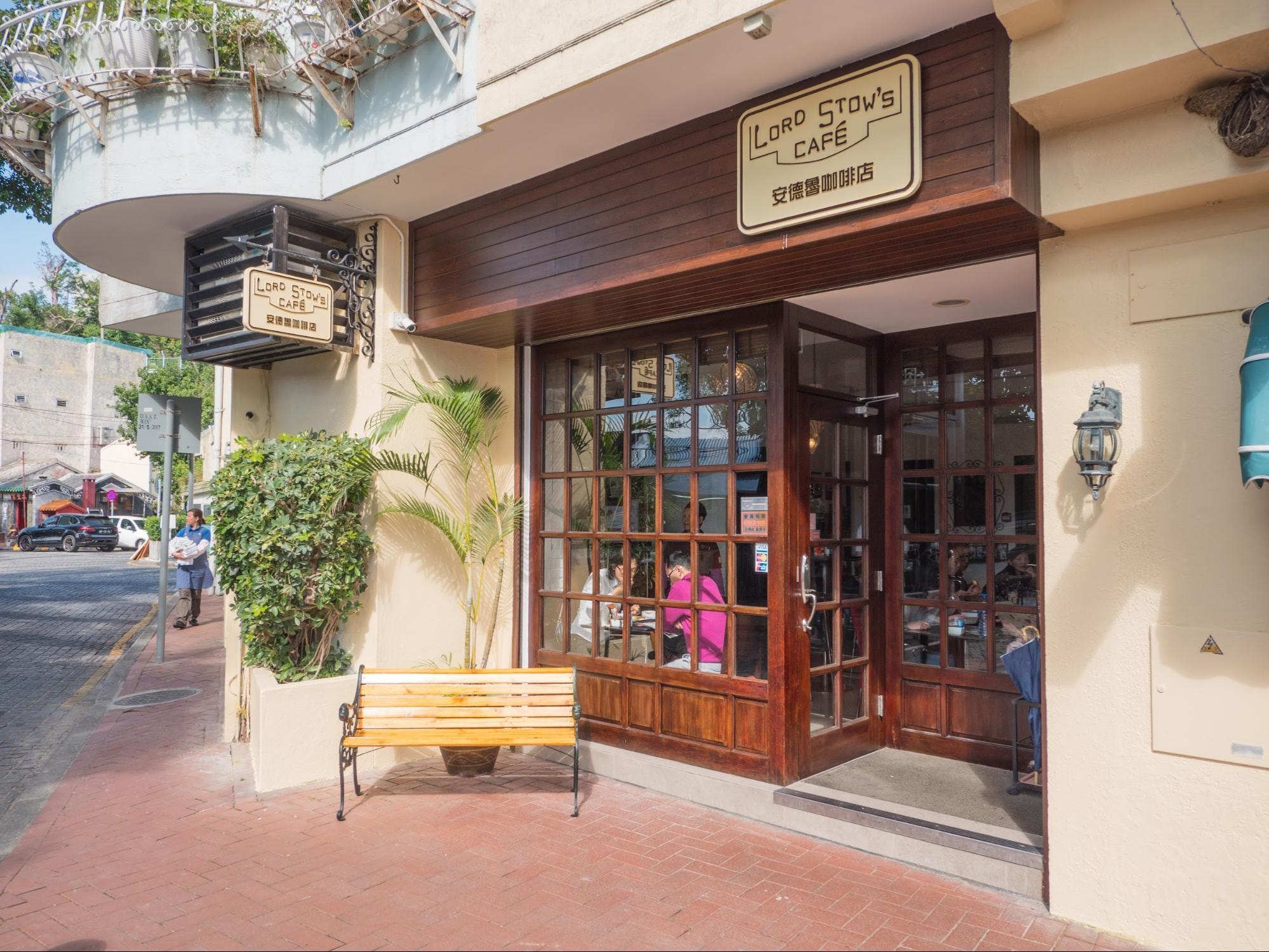 Margaret’s shop, located near Senado Square, is also a big local name and immensely popular. In terms of who takes the crown for the best egg tarts in town, it’s a close contest between Lord Stow’s and Margaret’s. Incidentally, Margaret was Lord Stow’s ex wife, but after they parted ways she opened her own cafe. Opinions differ on which establishment serves up the tastiest tarts. Margaret’s tarts have a more homemade quality; the crust is more flaky with a heavily packed filling but is a little on the oily side. Meanwhile, Lord Stow’s are more uniform in appearance and taste – more exact in their balance of sweetness and texture. 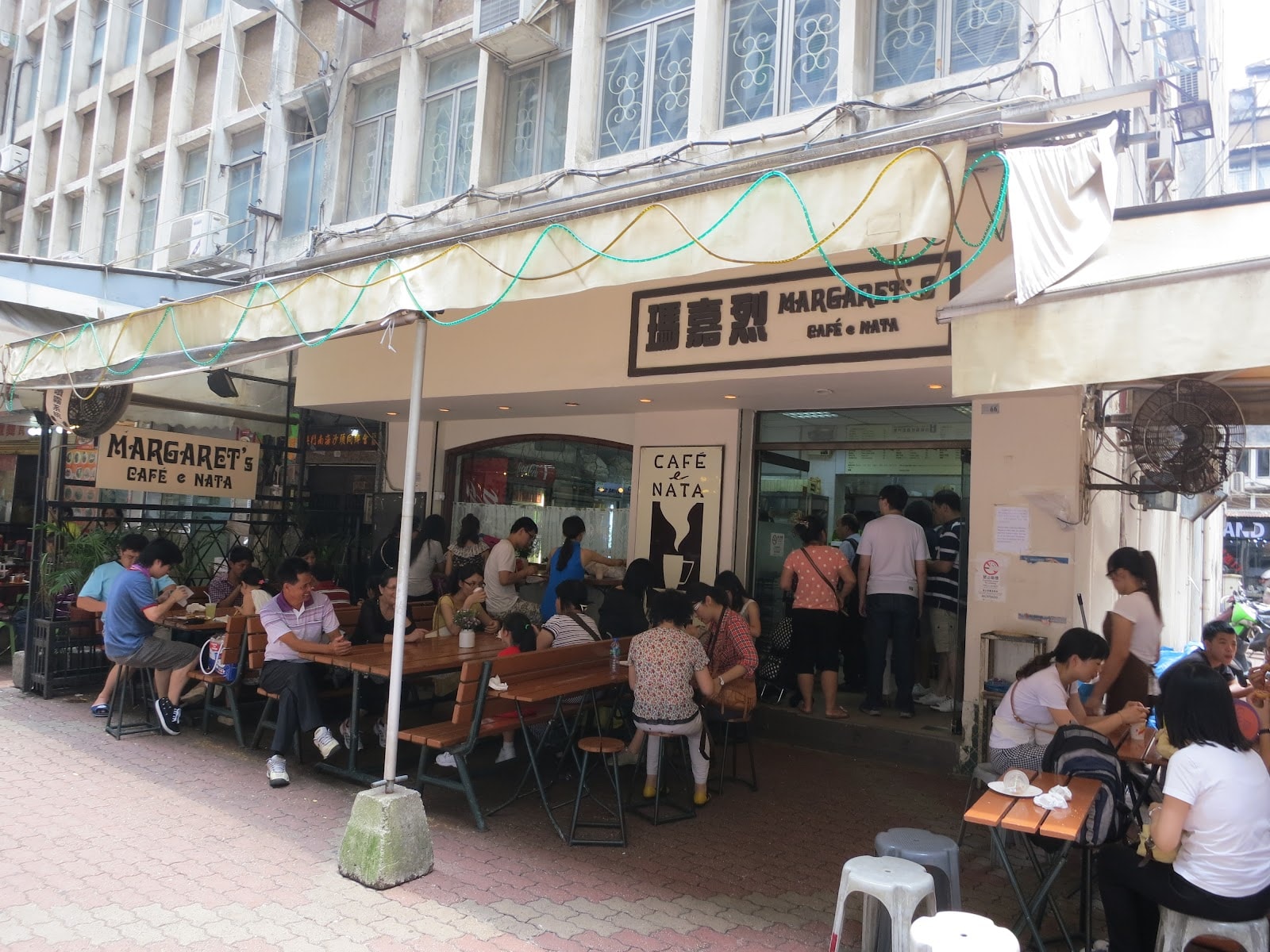 Koi Kei is a popular bakery chain in Macau. They have shops dotted all over the city and are locally famous for their almond cookies (another popular Macau snack) and their beef jerky. Koi Kei’s version of the Macau egg tart is more firm in texture than both Lord Stow’s and Margaret’s. However, this means that they hold the custard filling better. If you’re buying egg tarts for the purpose of gifts to take home, generally speaking, those from Koi Kei keep the best. 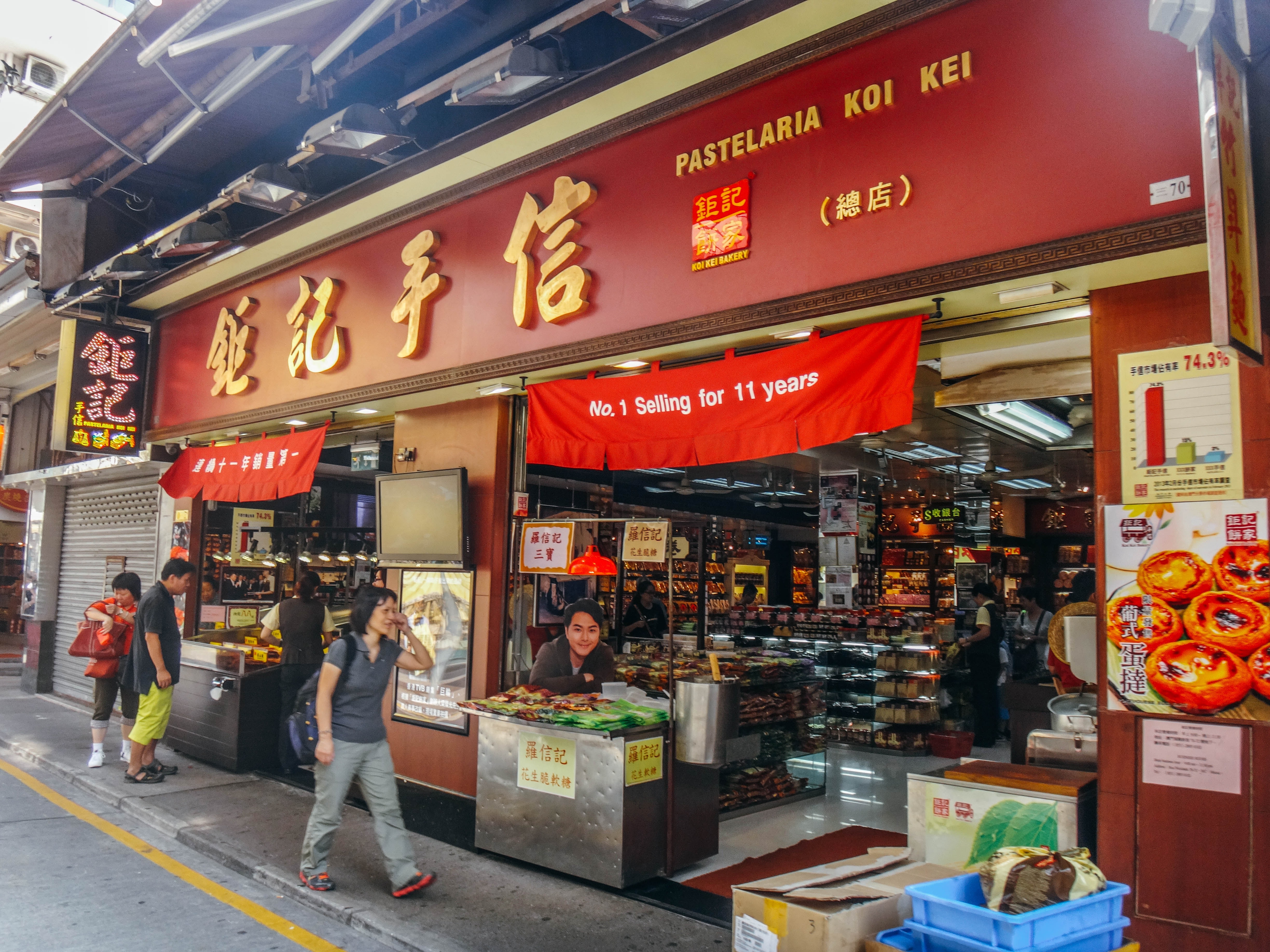