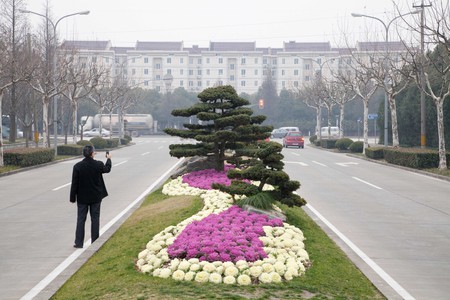 Thanks to China’s fondness for ‘duplitecture’ (duplicated architecture), a lot of the world’s greatest architectural gems have been rebuilt in the country’s own backyard. But which of these stunning replicas takes the copycat crown?

With China being such a vast country, it appears it has a lot of room. So much, in fact, it can not only accommodate its own architectural hits, but a growing number from other countries, too.

With a copycat Paris in Hangzhou, a mini London just outside of Shanghai and a version of Venice in Liaoning, you can now visit half of Europe without even having to leave China. While some decry these copycat towns as tacky and soulless, others maintain that, in China, mimicry is seen as a form of mastery.

Opened in 2007 on the outskirts of Hangzhou, Sky City, or Tianducheng, is a Chinese replica of Paris. Modelled on the French capital, the copycat town was built to house 10,000 residents and features 12 square miles of Parisian-themed architecture and landscaping. The central feature of the town is a 108-metre-tall replica of the Eiffel Tower. There’s also a replica of the Champs-Élysées and numerous white Haussmann-style apartments. Today, despite being home to some permanent residents, it’s primarily used as an empty backdrop for wedding photos and tourist selfies. 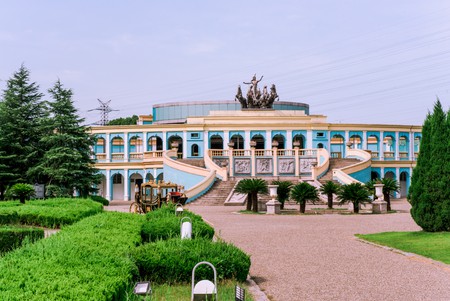 Named after the River Thames in London, Thames Town is modelled on a traditional British-style market town. Located around 19 miles from central Shanghai, it’s complete with mock Tudor buildings, cobbled streets, an English-style church, a pub, red telephone boxes and even a bronze statue of James Bond. Built in 2006, it covers an area of one square kilometre and was designed to house 10,000 residents. The town is part of the ‘One City, Nine Towns’ project launched by the Shanghai Planning Commission in 2001. Six European-style boroughs in the suburbs of China’s most populous city were built to try and ease overcrowding. 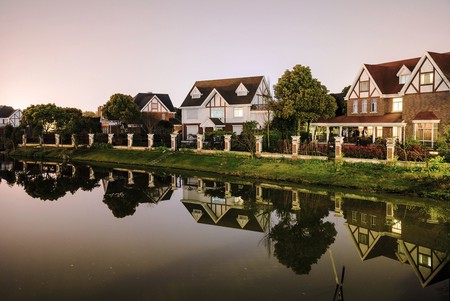 Holland Town, or Gaoqiao, is another European replica town situated just outside of Shanghai. Built with a Dutch architectural theme, it’s home to a canal, a windmill and buildings replicated in the style of Dutch city Amersfoort. 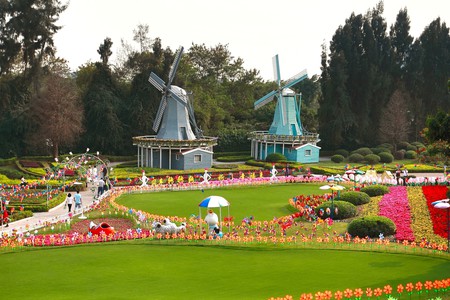 Built in the port city of Dalian in China’s northeastern Liaoning Province, this replica of the Italian city of Venice was unveiled to the public in 2014. Four kilometres of man-made canals run through the heart of the district, complete with gondolier rides and Venetian-style architecture lining each side of the canal. The replica town, costing 5 billion RMB (£507 million) to construct, offers visitors a taste of Venice – without the hassle of travelling to Italy. 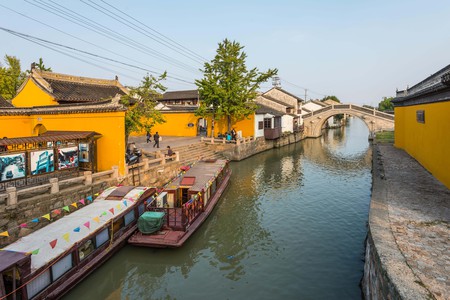 In 2012, it emerged that a replica of Hallstatt – the Austrian town with UNESCO World Heritage status – had been recreated in the suburbs of Huizhou in China’s Guangdong Province. The town features old-looking Austrian farmhouses and replicas of the parish church, the fountain and various other objects from the original Hallstatt town centre. Although planned as a residential area, like many other replica towns in China, it has mostly become a tourist hotspot and mecca for wedding photographers. 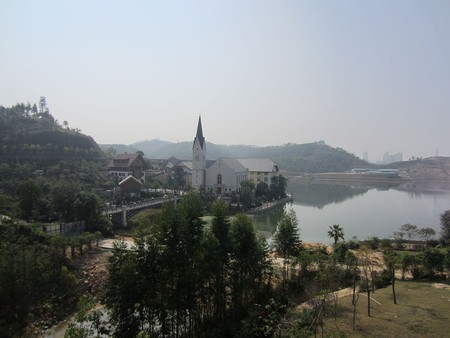 Anting New Town, on the outskirts of Shanghai, is modelled on a modern German-style town with colourful Bauhaus-type buildings. The district was designed by Frankfurt-based architecture firm Albert Speer & Partner. Speer is the son of the eponymous architect who was Hitler’s chief architect during World War II. 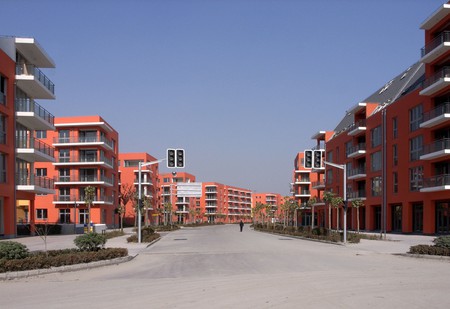 Located in the city of Fengcheng is China’s own knock-off Spanish town. Here, you’ll find unmistakable red-tiled, Spanish-style buildings, a commercial centre that was made to resemble a Santander market, statues and decorations as well as pictures of scenes from the famous Spanish novel Don Quixote. 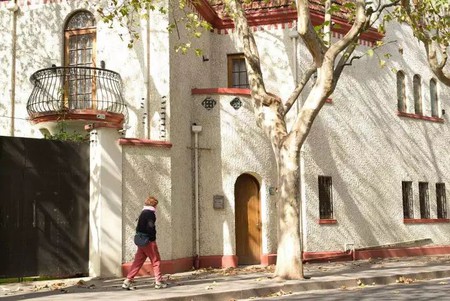 Located on the outskirts of Shanghai, Luodian New Town has a total area of 6.8 square kilometres and was designed by Swedish architects Sweco. It’s based on the Swedish town of Sigtuna. The central area of the town features a lake inspired by Sweden’s Lake Mälaren, now a popular backdrop for wedding photos. The town also features residential units styled with a Nordic architectural theme and, bizarrely, statues of naked Scandinavians posing. 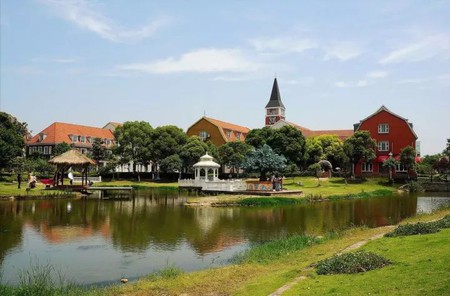 The latest copycat project in China is a replica of the birthplace of famous English playwright William Shakespeare. A recreation of his former house and hometown, Stratford-upon-Avon, is being built in a tourist village called San Weng near Fuzhou City, Jiangxi Province, South China. Currently under construction, the new town, covering a total area of 220 acres, is expected to open to the public in 2020. 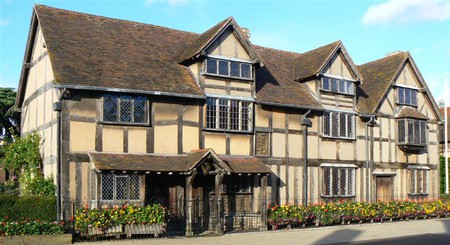