Drones Must Now Be Registered With the Government in China 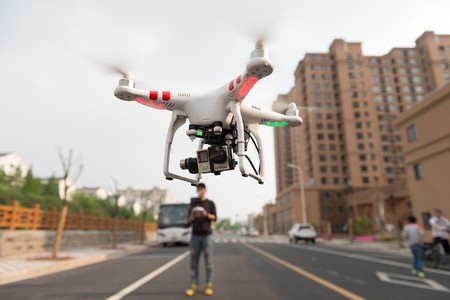 Drones heavier than 250 grams (0.55 pounds) in China will have to be registered with authorities, after the government clamped down on the devices following a number of high-profile incidents.

Last month it was reported that drones had disrupted flights at Chengdu Shuangliu International Airport in southwest China three times in a week, which resulted in more than 10,000 passengers being stranded at the airport.

Drone pilots will have to register their real names with the Civil Aviation Administration of China online starting June 1, according to the state-run press agency Xinhua. Nearly all drones weigh more than 250 g, meaning the rule will have a huge impact on drone use in the country.

“Real-name registration will guide the drone industry in China towards a healthy development,” Sophie Pan, an analyst at IDC China, a market research firm, said in an interview with the South China Morning Post.

Drones in China are hugely popular. The overall market for unmanned aerial vehicles is expected to be worth 75 billion yuan ($10.9 billion) by 2025, according to a report from iiMedia Research released last year. Consumer drones are expected to contribute 30 billion yuan to that figure.

However, this new rule regarding registration may lead to a decrease in drone sales in the future.

The laws on drones vary widely across the world. In the UK, for example, there are relatively few laws, and the number of complaints about drones being used in an illegal or anti-social manner has increased substantially over the last few years.

In New York City, drones are banned completely in Manhattan, but can be flown in some parks in other boroughs. However, there are no registration laws similar to the one China is introducing.