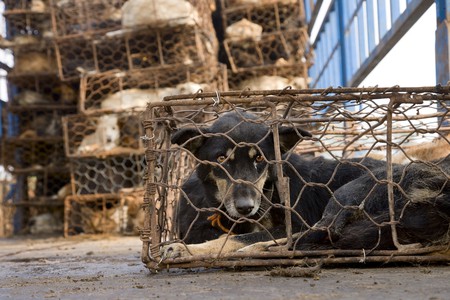 The Yulin Lychee and Dog Meat Festival, an annual event since 2010 held in the city of Yulin (in southwestern China, not far from Hong Kong), celebrates the eating of an animal known in America as “man’s best friend.” If circulating rumors and a press release from the Humane Society are correct, however, authorities are banning the sale of dog meat in the city.

According to Humane Society International, they, along with Duo Duo Animal Welfare Project, have learned from various sources that the government of Yulin is set to ban restaurants, street vendors, and market traders from selling dog meat. The ban will take effect on June 15, with violators facing fines of up to 100,000 yuan (about $14,500 USD). There’s no word yet on whether the ban includes cat meat, which is also consumed at the festival. The 10-day festival begins on June 21. 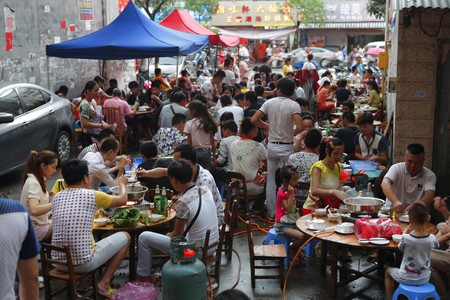 The festival has long been criticized, both internationally and within China, for the number of animals killed and the gory manner of their deaths. Each year, thousands of dogs and cats are killed for the festival—many of them stolen pets, the rest strays. The animals face brutal circumstances leading up to their butchering: packed tightly into cages without food or water for days, bludgeoned to death or boiled alive on the street, or reportedly sometimes skinned alive. 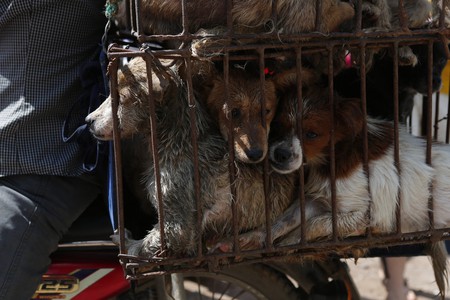 A story about the questionable and crime-fuelled practice of eating dogs in Vietnam won a James Beard Foundation Media Award last month.

According to Humane Society International, some 10 million dogs and four million cats are slaughtered for food in China each year, but it’s hoped that banning the sale of dog meat for the festival, even if only a temporary measure, is a step toward ending the practice of eating dogs in the country. “The Yulin dog meat festival is not over just yet,” said Peter Li, a China policy specialist at Humane Society International, in a statement. “But if this news is true as we hope, it is a really big nail in the coffin for a gruesome event that has come to symbolize China’s crime-fueled dog meat trade.”