Discover the Asian City With a Surprising Portuguese History 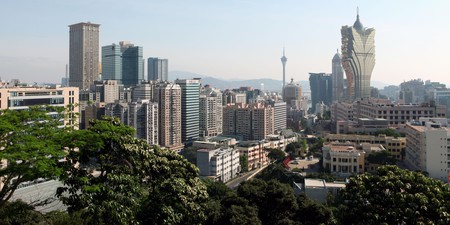 It is a phrase bandied around far too often, but Macau is a genuine East-meets-West city. Here’s a look at how more than 400 years of Portuguese administration shaped – and continues to influence – Europe’s first (and last) Chinese colony.

Macau was officially returned to Chinese control in December 1999, but the city’s Portuguese heritage is still central to its culture, influencing architecture, language, food, festivities and more. But how did Portugal – a tiny country more than 5,000 miles away – come to have such sway over the region, and where can it be felt today?

The story of Jorge Álvares

Portuguese explorer Jorge Álvares is credited as the first European to have reached China by sea. When Álvares set foot in Macau in 1513, the area was a small fishing village with few inhabitants, but the explorer saw its potential as a port location for East-West trading. This ideal foothold didn’t come free, however; the Portuguese were only granted permission to establish a trading settlement in Macau after agreeing to pay an annual sum of 500 taels of silver to the government in Beijing. (A tael is a measurement of weight, which, in China, is equivalent to 50 grams, or 1.8 ounces.)

Today, a statue of Álvares is located at Prace de Jorge Álvares, a square near the Nam Van Lake. The city’s Maritime Museum, shaped like a ship and located at Barra Pagoda, is believed to be the place where Álvares first docked in Macau. The museum features several interactive displays and is a great place to learn more about the maritime histories of Portugal and China. 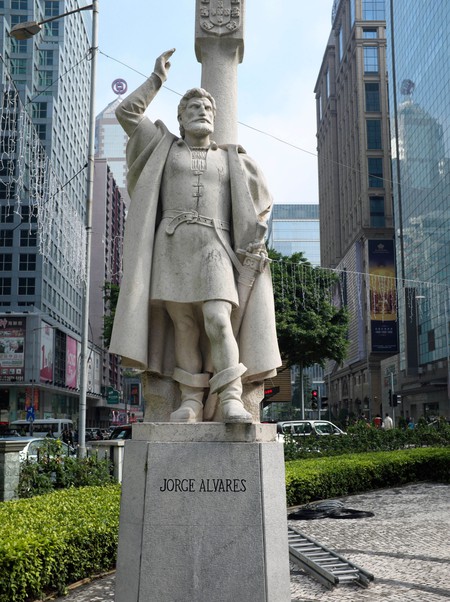 The ‘Vatican of the Far East’

Portuguese settlers played a major role in bringing Christianity to China, and a lot of missionary work took place in Macau. St. Paul’s College of Macau was built to teach missionaries how to speak Chinese and to educate them about the country’s culture. The Church of St. Paul was built on the same site and, for a period of time, it was the largest church in Asia and named the ‘Vatican of the Far East’. However, a fire destroyed both buildings in 1835, leaving only the beautiful stone façade of the old church. The Ruins of St Paul’s remain among the most popular tourist attractions in Macau to this day. 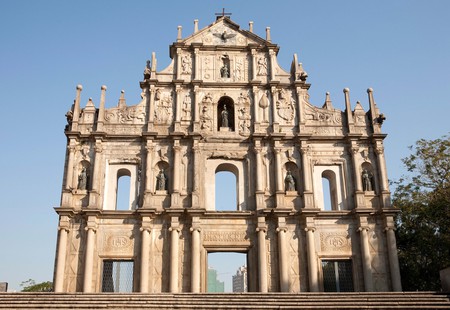 The cannons of Mount Fortress

In 1622, the Dutch attacked the city of Macau in an attempt to overthrow Portuguese rule. Mount Fortress, located next door to the Ruins of St. Paul’s, played a crucial role in successfully holding off the Dutch invasion. It’s regarded as one of the most historically significant military centres in Macau, and is known for the 32 huge cannons it has on site (although the cannons were used only once during the Dutch invasion). The Macau Museum, the city’s largest, is also located in Mount Fortress. 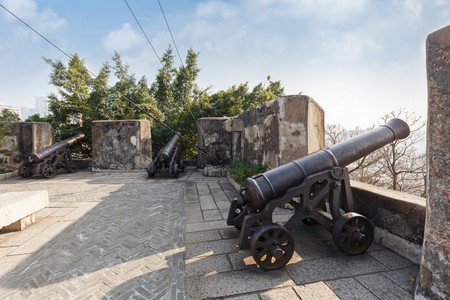 Azulejos, the symbol of Portuguese design

The blue-and-white wall tiles (or azulejos, as they’re known) that can be spotted on walls around Macau are another indication of the city’s Portuguese heritage. These ceramic tiles were used to decorate buildings and public areas in Portugal and its colonies, and Macau was no exception. One of the city’s most eye-catching tile displays, located in Cathedral Square and designed by painter George Chinnery, depicts Macau during the first half of the 19th century. Today, street names are printed on signs that resemble the blue-and-white tile design. 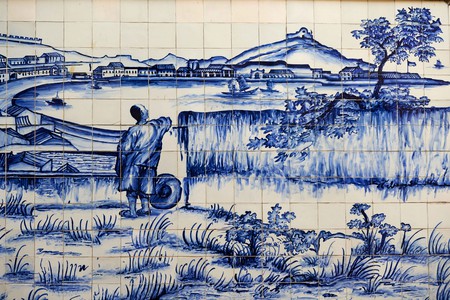 Macau is filled with pastel-coloured Neoclassical buildings that were built during colonial times, mostly during the latter half of the 19th century. Surprisingly, the pastel colours were originally used to help repel insects and slow mould growth; preservatives like sulfur (yellow), indigo (blue), copper salts (greens) and oxblood (reds) were mixed with whitewash and painted on. Now these pastel shades are considered heritage colours and can be seen in the St Lazarus Quarter, around Senado Square and all across the Historic Centre of Macau, which became a UNESCO World Heritage site in 2005. 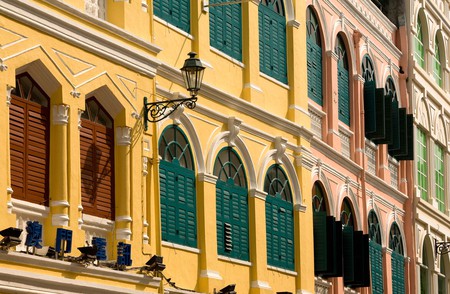 How the Portuguese paved their way around the city

Portuguese-style cobblestone paving can still be seen all over Macau, particularly in and around the various churches and parishes and in areas such as St Lazarus, Coloane Village and Taipa Village. In Senado Square, the wavy black-and-white mosaic-tiled paving has become the area’s most defining feature; it was laid in the early 1990s, when the square was declared a pedestrian-only zone in order to accommodate the increasing number of tourists. 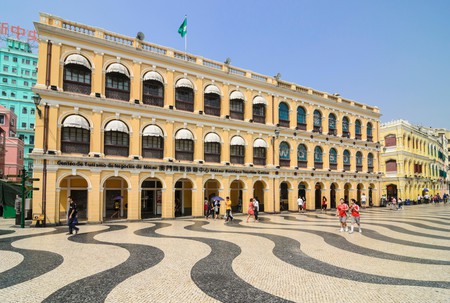 Portuguese remains one of the two official languages in Macau, the other being Cantonese. However, it’s estimated that only 3% of Macau’s current population speak Portuguese as a first language, and only 7% claim fluency. Cantonese is much more widely spoken, but Portuguese is still used in areas such as law and journalism. Meanwhile, Chinese people studying Portuguese as a second or third language has increased in recent years. The Institute of Portuguese Studies at the University of Macau has seen steady rate of enrolment since the handover in 1999.

The Lusofonia Festival, a celebration of Portuguese arts and culture

Lusofonia Festival celebrates Macau’s Portuguese heritage through a series of activities and events. Visitors can experience different cuisines, music and dance. Portuguese-speaking communities from around the world showcase their photographs, crafts and costumes in the historic Taipa Houses Museum, the former residence of the Portuguese governor and a fitting venue for the event. Traditional Portuguese games can also be enjoyed, such as pole climbing, bigfoot game, tug of war and sack racing. In the afternoon and evening, singers and dancers perform at Carmo Square. 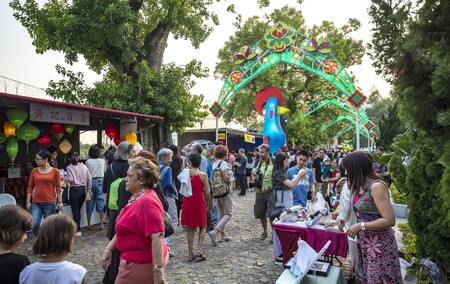 Meanwhile, local Portuguese restaurants provide special daily roasts at lunch and typical dishes from different Portuguese-speaking countries at dinner. All in all, Lusofonia Festival is Macau’s ultimate celebration of its Portuguese history, and is not to be missed. 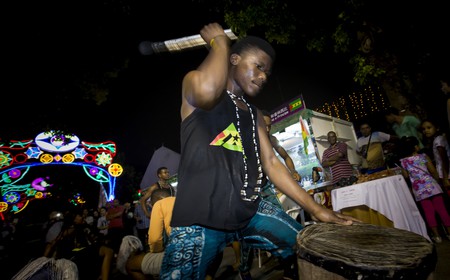 A laid-back way of life

The Portuguese left an indelible mark on Macanese culture. From the architecture to the food, the language to the general way of life, they implemented a more laid-back approach to living. The Portuguese liked to stop work at 5pm and talk over a coffee, for example, and this kind of relaxed attitude still distinguishes Macau from neighbouring, fast-paced Hong Kong today. Life was to be enjoyed and not rushed, which is exactly the way to explore Macau.