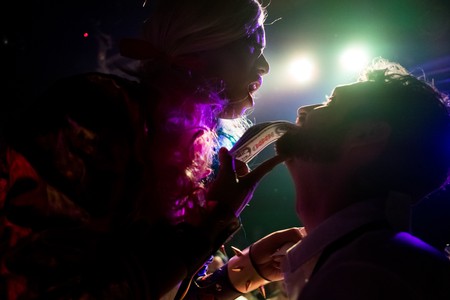 The drag scene in Beijing emerged from a series of charity events to become one of the city’s liveliest subcultures. Culture Trip speaks to two of its central figures and finds out what life is like for a drag queen in Beijing. 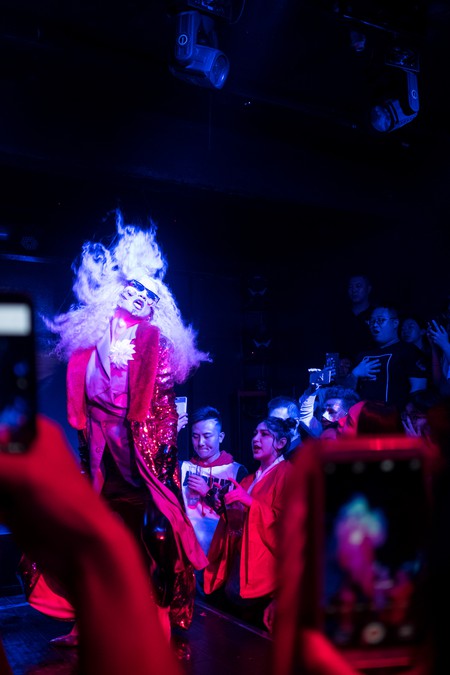 It’s Wednesday night at Destination Club, the largest, most popular gay dance club in Beijing. Disco Extravaganza is about to start and Krystal De Canteur is getting ready for the show.

She’s one of the nine drag queens on the line-up for the night, with a mask covering half her face and a black veil on her head. The club is packed. People flow around the runway fighting for a spot in the front, impatient for the performance to begin.

AJ Song, who organises the drag shows at Destination, gathers all the queens backstage, goes through the line-up one more time and makes sure that everything is ready. Then, at 10.30pm, the neon lights flicker on, the music starts and the show finally begins.

It wasn’t always quite so slick. After moving to Beijing in 2001 from a small village in the Guizhou region, AJ worked at the Beijing Gender Health Education Institute (BGHEI), an NGO that advocates for gender and sexual diversity and sexual health in China. “I was the development manager for them, in charge of fundraising events,” he says. “One event we came up with were drag queen shows. After a while, we realized that the community was growing, we had more queens coming, first just showing up and then actually performing.” 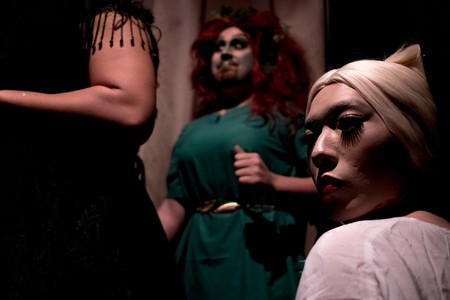 AJ, who calls Krystal De Canteur his “drag mother”, recognises the value of support in the drag scene. “We started seeing a lot of transgender people coming. We saw a lot of people coming to us and feeling accepted. We felt like we could express ourselves. For me that was the whole point – not only because I work for a gender diversity centre, but because I see the change in people.”

Krystal De Canteur, whose real name is Kris, would help AJ prepare for his first performances as drag persona Kung Pao Chick. They would choose outfits together and Kris would do AJ’s hair and makeup for him. They’ve been friends for 10 years now.

Kris moved to Beijing from Gothenburg in 1986 as a seven-year-old. He says queer culture has interested him since he was little, when he used to watch television personalities like Dame Edna Everage on her talk show. “It was the first time I’d ever seen a man dress as a woman, taking up this whole different persona, and actually I remember the first few times when I saw her I was really confused. Was that a man? Was that a woman? I just didn’t understand.”

After the huge success of RuPaul’s Drag Race, which Kris has followed since the very beginning in 2009, he started getting into drag. He defines herself as a very glamorous queen, who loves sparkly things and has to be on point whenever she goes out, from the dress and the shoes to the hair and makeup – being a full-time professional hairdresser and makeup artist certainly comes in handy for a career in drag. Still, preparing for shows can become really expensive, especially if you’re not passionate about making your own clothes from scratch. 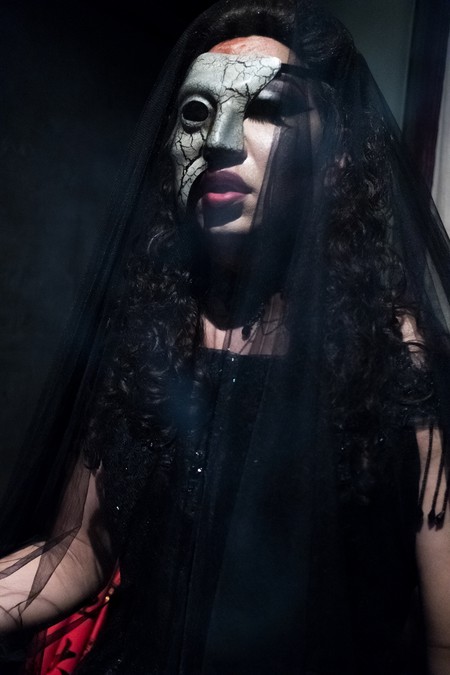 How a Beijing drag queen makes her outfits

TaoBao – the Chinese equivalent of Amazon – is a very important source for drag queens in China to buy the basic elements to build their outfits, like stockings, foam for the paddings, corsets and wigs. But even though this huge online shopping mall provides the basics, it doesn’t sell the sizes needed by curvier queens like Krystal, who turns to the tailor to create her garments.

“I remember the first time I went to my tailor with a very glittery sequin material. I showed him a few pictures of what I wanted and he was just looking at me and asking, ‘Is this for you?’ And I said, ‘Yeah!’ I guess he was a little freaked out by it, but after a while he got used to it and it wasn’t that weird for him anymore. I showed him pictures of me in his creations, in full drag, and he thought it was hilarious. He thought it was great!” 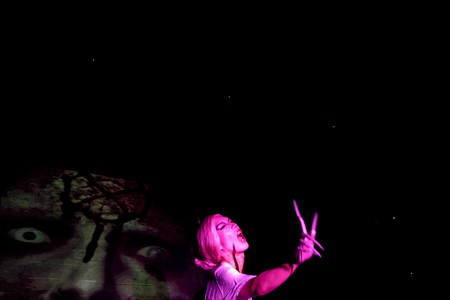 The fit between drag and traditional Chinese culture

For Kris, drag is a form of entertainment, a way to make people laugh and have a good time – but also to get a message out. This last part is, perhaps, mostly lost on the Chinese public, for whom drag shows are something beautiful to take pictures of, something ‘hilarious’ and fun to watch.

AJ believes that people in Beijing don’t think too deeply about what drag culture really is, or what being drag means beyond the shows. They get excited seeing the sparkly costumes, the amazing lip-syncs and performances. Yet what started as a charity event has become a real catalyst for the development of a subculture in the city. “We even performed in a straight club, and that’s just amazing,” says AJ. “We can change people’s perception of the drag scene. It’s exciting.” 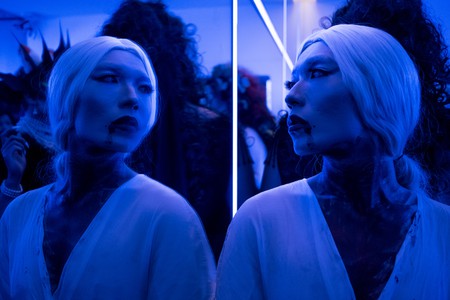 Of course, China has had a very long history of men taking on female roles – for example in Peking Opera or in stand-up comedy. More recently, male pop star Li Yugang incorporated the Peking Opera style into his music, becoming a Chinese sensation.

About a year ago, Krystal and her drag queen sister, Frozen Lolita, were featured in a documentary by Vice on drag queens in China. After that documentary came out, more Chinese people began to realise what drag is about. “I feel it was a very educational thing for a lot of Chinese people and I’m extremely proud to have been part of that,” reflects Kris. 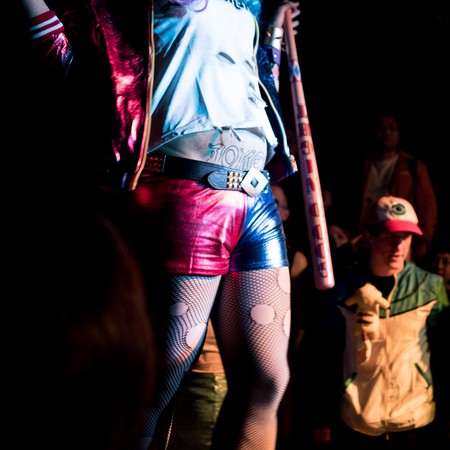 But of course, being a drag queen in Beijing is no bed of roses. “In general I feel people are OK with it,” says AJ. “But I also feel that the mentality of Chinese people is, ‘It’s OK as long it’s not my child’.” Kris recalls an incident that occurred after the Vice documentary was released, when a pregnant woman raised her hand during a Q&A session, asking if her unborn child would be affected by her watching the documentary. “It’s really quite unbelievable how people still have the weirdest conceptions. I feel that people need to be educated a bit more about this because I’ve never heard anything as outrageous as the question that she asked.”

But that rough episode didn’t stop Krystal from doing what she loves the most, which is to perform. “I just feel that whenever I’m in drag I can say and do things that I normally wouldn’t do as a guy. I just somehow get more confidence, but I also feel it’s because, in a way, I’m in disguise, I’m just hiding behind a façade. I do definitely think that my character has helped me with my everyday life, where I dare to do or say things that I didn’t dare to do before. I just channel my inner diva, I guess!” 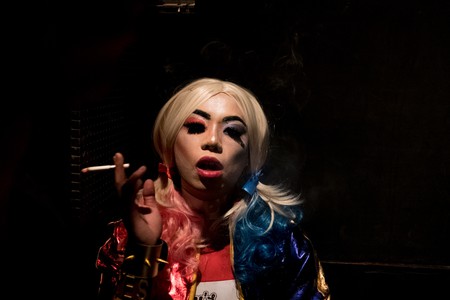