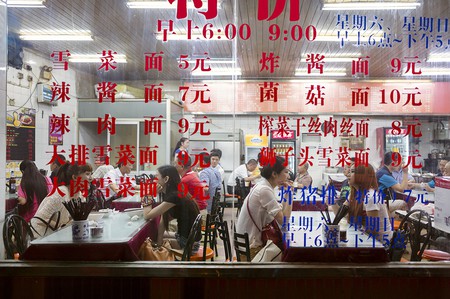 Step into the world of contemporary China through the eyes of Chicago-born photographer, Daniel Postaer.

Classrooms devoid of students, shipping containers for as the far as the eye can see and symmetrical open-plan work stations punctuated by luscious green plants. Postaer’s photographic creations illustrate the many scenes of contemporary China. The photographer inherited his deep fascination for the country from his Shanghainese mother and has embarked on capturing the many facets of everyday activity.

Postaer’s large-format photographic series Motherland reveals his feelings towards a country he’s come to know through maternal memory and experience. His unstaged photographs are graphic in colour, intriguing in what they leave out and candid in their immediacy. Yet, for all their behind-the-scenes, voyeuristic access, we are ultimately kept at a distance. 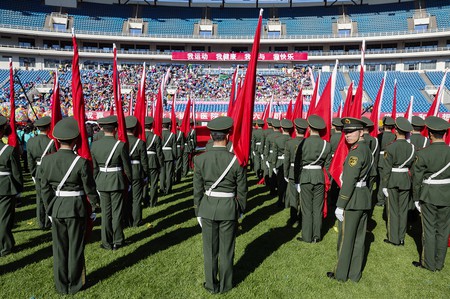 Raised in Los Angeles, Postaer is captivated by the ‘unlikely urban theatre’ of cities and capturing, if but only momentarily, an encounter that is both real yet fictitious. Whether it’s a cursory glimpse of a solider in a regimented collective scenario or a lone individual living life through a VR headset, Postaer is exceptionally adept at tapping into the quotidian details.

Here, the photographer gives us some insight into the impetus and intention of his compelling series. 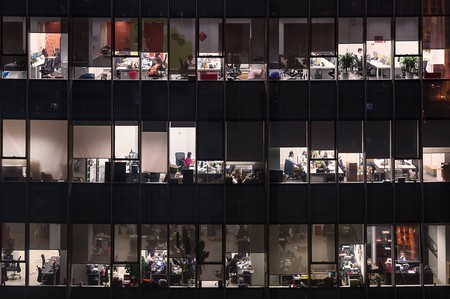 ‘I often asked my mother what she missed most about China. She consistently responded with – “The food! Especially the corner noodle shop.” The photograph of the restaurant brings me closer to my imagined mother’s youth.’

‘This picture is of three levels of advertising agencies in Shanghai made from an adjacent rooftop late on a week night. Here, I’m very much staring at my former life and world. The piece is part self-reflection, part visual meditation of how we exist.’ 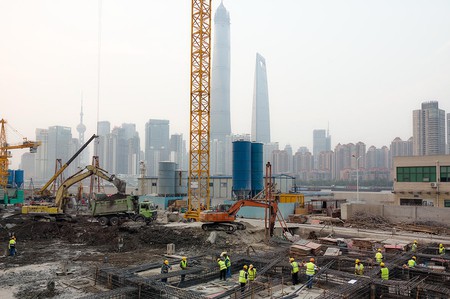 ‘Every year in China feels like five years. That’s how I felt when I worked here in my former career. And that’s how time still feels when I move through these Urban China streets. The Shanghainese often lament that “their city is sinking” because of the constant, never-ending construction. The backdrop here changes significantly by the week. The pulse of that change continues to feel both historically overwhelming, and some kind of chaotic wonderful.’ 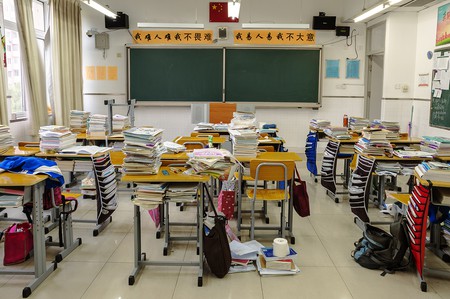 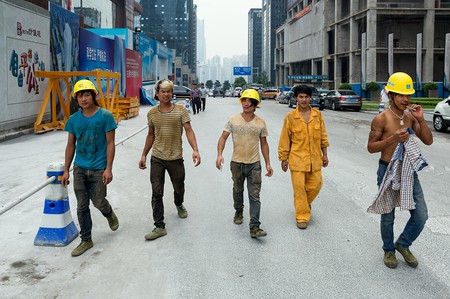 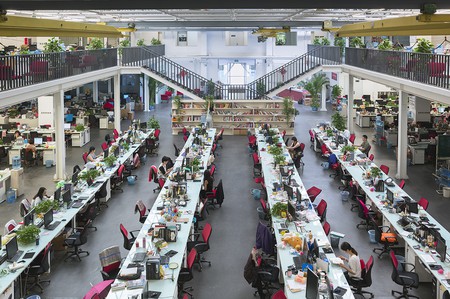 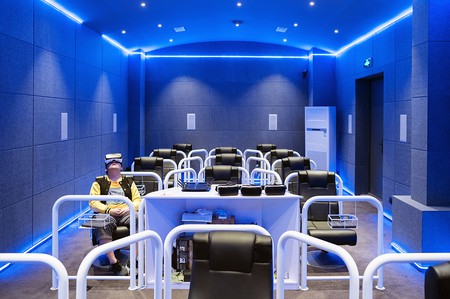 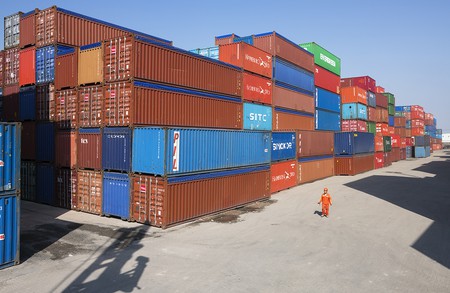