Could Vertical Farms Be the Answer to Shanghai's Food Production Problems? 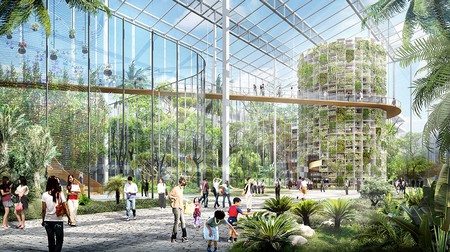 A new plan looks like it could be one solution to China’s growing food needs.

Shanghai is China’s largest city, with a population in the region of 24 million people (nearly the same as the entire state of Texas). That’s a lot of mouths to feed, and with such a dense urban environment, there’s little space for farming. Or is there? Architecture firm Sasaki has turn the problem on its head, or more accurately, 90 degrees with their proposal for vertical farms in their new Sunqiao Urban Agricultural District plans.

The benefits of vertical farming

From a space saving point of view, the benefits of vertical farming are obvious. Every tall building has surface area coated in glass or brick and going to waste – utilising this for crops puts it to work. But more than that, farming of any orientation that is near the consumer saves packaging and transporting costs, and results in a much fresher product getting to people’s plates, faster.

So what to grow? Well, according to Sasaki’s research, around 56% of vegetables consumed in the megacity consist of leafy greens such as spinach, kale, bok choi and watercress. These thrive in the simplest of farming setups and don’t need careful tending like other crops, making them the best choice for hydroponic and aquaponic growing systems.

They also grow quickly and don’t weigh a lot, which makes them an efficient option. Finally, plants like this begin to lose their nutritional value the moment they’re picked, so having crops near consumers means they’re getting maximum nutrition too.

The plan is currently with the local planning bureau, and Sasaki expect to move into detailed design phases in late 2017 or early 2018, with construction beginning sometime in late 2018 or early 2019. 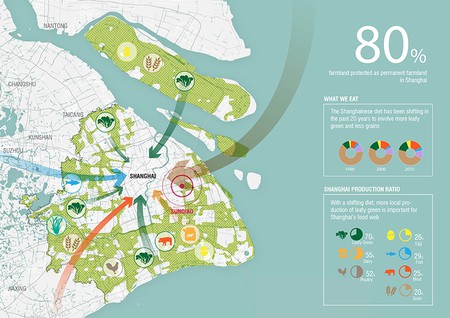