Why This City Becomes A Ghost Town During Chinese New Year 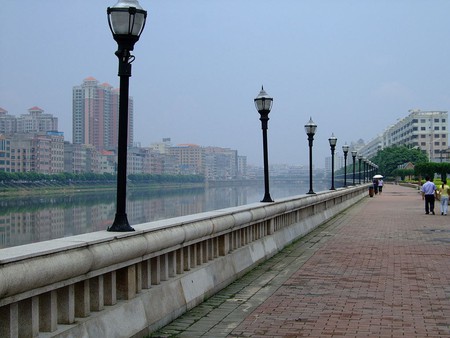 The Chinese New Year Holiday marks the start of the biggest annual human migration in the world. As Chinese people travel to celebrate the holiday or return home to reunite with family and friends, some cities in the country become almost empty. Nowhere is this more evident than in Dongguan.

The Chinese New Year holiday is the biggest annual celebration in China. From February 1st to March 12th of 2018, it’s estimated that more than three billion trips will be made. Dubbed China’s ‘migrant city’, around three quarters of Dongguan’s 8.34 million citizens leave town over the Chinese New Year holiday. This is due to the estimated 75 percent of its residents being migrant workers. When they return home during the festive period, they leave the city practically empty.

According to Qihoo 360 Big Data Centre, one of China’s leading internet data centres, last year, Dongguan was ranked China’s emptiest city during the holiday and it looks to claim that dubious honour again this year. Of the city’s 8.34 million people, only 1.91 million are registered residents. Come the Chinese New Year, this results in a mass exodus and Dongguan is left as a ghost town. 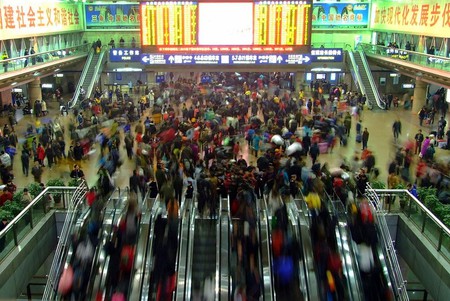 The Chinese New Year holiday marks the start of the biggest human migration on the planet | WikiCommons.

Home of ‘made in China’

Dongguan is not a city you hear much about in the news. However, for years it was the heart of China’s manufacturing boom and became known as the ‘world’s factory’. It’s where one fifth of the world’s mobile phones are still produced. It grew into China’s leading export and manufacturing base churning out cheap toys and textiles bearing the ‘made in China’ label. In fact, it’s the city where ‘made in China’ originated.

City of a million factories

Such is the scale of the manufacturing industry in Dongguan that it’s home to almost a million factories. As of last year, 900,000 factories were registered in the city. This is a staggering amount given that Dongguan is only twice the size of Hong Kong.

During its most lucrative times, many people from around the country found themselves moving to Dongguan in search of money that couldn’t be earned back home, which is why it earned the nickname ‘migrant city’. A lot of the factory workers assembling the world’s goods in Dongguan’s labyrinth of factories are as young as 18. Most of them live in small dorms in condensed industrial units. 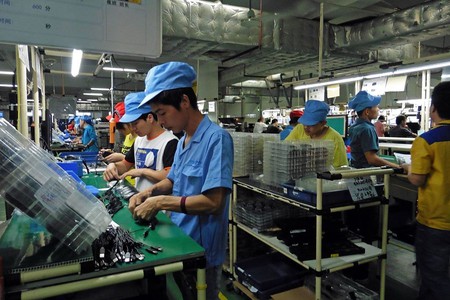 There is more to Dongguan than its factories. It’s rapidly developing as a city of culture and sports. Often considered China’s ‘National Basketball City’, it’s the only city with three professional basketball clubs in China. According to Guinness World Records, it’s also home to the world’s biggest golfing facility (Mission Hills Golf Club), which boasts twelve 18-hole championship courses.

Cultural offerings are a growing focus of the city too with a number of different theatres, libraries and museums that all contribute to making Dongguan’s cultural square the most concentrated in all of China. Despite its industrial image, the city was also recognised as an ‘International Garden City’ by the United Nations Environment Programme (UNEP). You can’t miss its 1,071 parks and squares and 923.5 kilometres (574 miles) of green-ways. 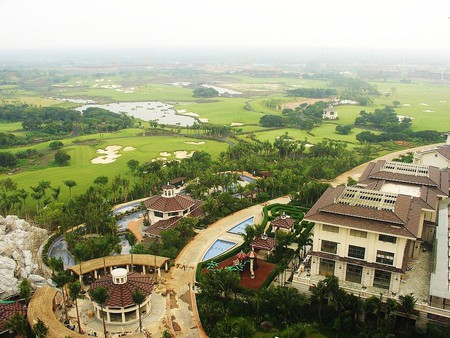 Dongguan is home to Mission Hills Golf Club, the largest in the world. | © drs2biz / Wiki Commons

Rise of the robots

The 2008 global crisis caused exports to dry up and Dongguan’s booming industry suffered. However, the city is in the process of reinventing itself into a smart manufacturing base for producing robotics and other automated equipment. China’s government has plans to develop the region into a ‘Chinese Silicon Valley’ that will lead the country in science and technology by 2020.