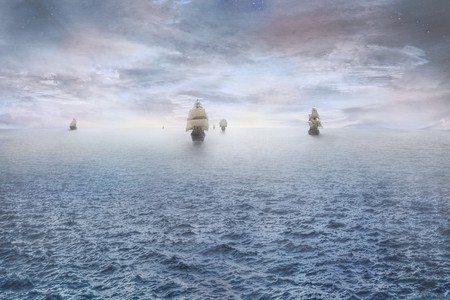 From prostitute to pirate, Ching Shih led a remarkable life and went down in history as one of the most inspiring and badass women in China and all the world.

Ching Shih, born Shi Xianggu in 1775, entered life much more humbly than she left it. In fact, little is known of her life pre-piracy, save for her first profession. She was working as a prostitute in Cantonese-speaking Guangdong province when she met her future husband, the infamous pirate Cheng I. 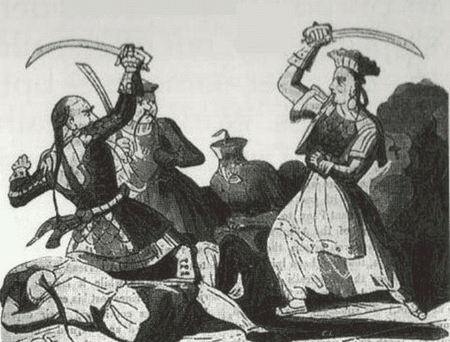 Some say Cheng I met her during a raid of the floating brothel in which she worked, though accounts vary. It is likely that Cheng used the marriage to consolidate control of contending Cantonese fleets, as a deal was struck shortly after their marriage that resulted in the powerful Red Flag Fleet. The terms of the marriage also stated that Ching Shih would share a 50% stake in all of Cheng I’s haul.

Although her husband wooed her into a life of piracy, Ching quickly became a natural and had far more success in the business than her husband ever did.

Just six years after they wed, Cheng I died, leaving Ching his fleet of around 1,800 ships, as well as his adopted son, Cheung Po Tsai. Ching cleverly cultivated a relationship with her stepson, dissuading him from pursuing a greater position of power within the fleet, to which he had just as much of a claim as Ching. Piracy laws at the time stated that a male must be in command of a fleet, so Ching named Cheung Po Tsai as captain, though Ching remained captain in every way but title.

Ching took piracy codes seriously, and her strict adherence to them, in part, explains her success. Every ship and pirate under her command was bound to and protected by a set of rules, including a fair split of the booty. The ship that made the plunder got to keep a flat 20%; the other 80% was placed in a collective fund for the fleet. Furthermore, any pirate under Ching’s command who raped a female captive was sentenced to death.

The Red Flag Fleet continued to grow in power, so much so that it caught the attention of the Qing government. By 1808, Ching no longer only had to deal with competing fleets, but she also had to fend off government attacks. She did just that, however, pillaging and conquering the Qing ships sent to destroy her.

She also caught the attention of the Portuguese and British, though the bounty hunters they sent proved little problem for triumphant Ching. Finally, a series of battles between the Red Flag Fleet and the Portuguese Navy left Ching weakened. She accepted amnesty from the Qing government and retired from her life of piracy.

Upon retiring, Ching asked the government to dissolve her mother-son relationship with Cheung Po Tsai, marrying him and mothering her own son. After Cheung died, Ching returned to her hometown and opened a brothel and gambling house. She died peacefully in bed at the age of 69.

At the height of her power, Ching commanded anywhere between 20,000 and 40,000 pirates, making her one of the most successful and renowned pirates in history.