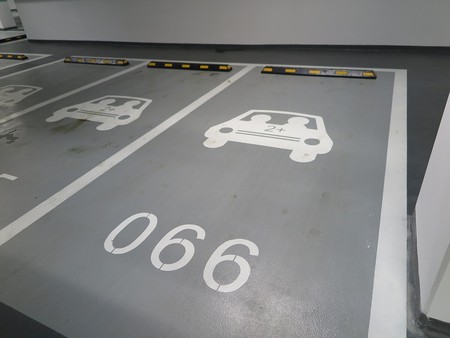 Are extra-wide parking spaces for women a favorable gesture or a sexist attitude? The question became the latest center of the debate over sexism on Chinese social networks after a service station in Hangzhou, in east China’s Zhejiang Province, introduced its own female parking spaces.

The parking spaces are wider than usual, and are marked out by pink color and a high heel shoe logo. Below the logo is written, “Women’s Parking Space” in Chinese. 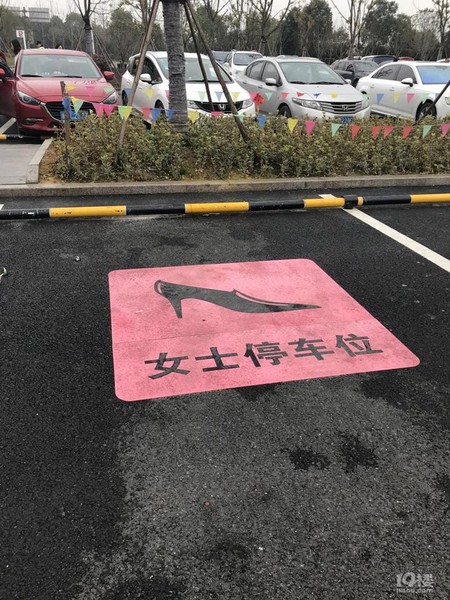 Fang Hongying, manager of the Jiande service station, told Zhejiang Daily that the station invested over 70 million yuan (10.9 million USD) into the construction of these parking spaces, which were put into use in October 2017. The women’s parking spaces are closer to the station’s main building, and have more intense lighting and security control than other spots. Fang insisted that the installing of these spaces are good for women in terms of convenience and safety.

However, instead of feeling thankful to the station’s thoughtfulness, many women found the measure quite offensive. “I saw the women’s parking spaces at the Jiande service station today. They are much more spacious than the usual ones,” said @Aurora1943 on 19th Floor, a Chinese online forum, “as a female driver, I don’t know if I should feel happy or sorry about this. So I parked in the ordinary parking space.”

“It’s a gender stereotype to attach women drivers to bad parking skills; the idea that such parking spaces make it more convenient for women with kids is another stereotype that women should take care of the family. It’s fine to show consideration to green-hand drivers, but you can write ‘new drivers’ parking spaces’ instead of ‘women’s parking spaces’; for drivers who have kids and elderlies with them, simply write ‘family parking spaces’,” remarked Weibo user @Jianzhileya.

It is a myth that female drivers are often believed as performing worse than their male counterparts. According to government data, as of February 2017, women accounted for 36.3% of the 1.4 million drivers in Hangzhou, but in terms of the total 157 reported traffic accidents in 2016, women drivers were only responsible for 10.4%.

The Jiande service station is not the first place to have women’s parking spaces in China. Elsewhere in the world, in South Korea and Germany also installed women’s parking lots, which also triggered controversy.