Chinese Volleyball is Booming, But Only for Women 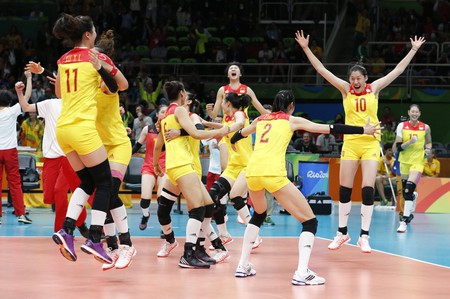 The women’s national team are the current Olympic champions and have been successful throughout their existence, and great success is attracting big business.

New Zealand’s men’s and women’s rugby teams are both among the very best in the world, just like Brazil’s football teams or South Korea’s speed skating squads. Similarly, in volleyball, the likes of the USA, Brazil, Russia, Italy and Serbia sit in the top ten for both genders.

When it comes to volleyball though, China departs from this pattern. While the men’s team sit in 20th, sandwiched between Mexico and Venezuela, the women’s side top the rankings and are currently the best in the world. 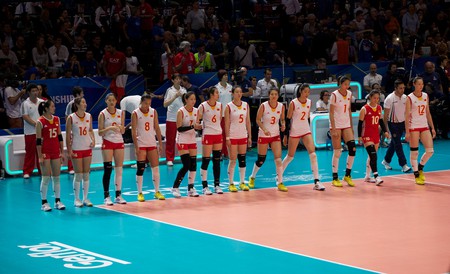 As well as being ranked number 1, China are also the current Olympic champions after beating Serbia 3–1 in last year’s final in Rio. The men’s side didn’t even qualify for the tournament. Nearly three-quarters of Chinese households watched the women’s team won gold, live on television.

When China played the USA in 2008 at the Beijing Games, 250 million people tuned in to watch. Adidas took a multi-pronged approach to promoting the sport at home beforehand, focusing specifically on the Chinese women’s team. There was a concentrated effort to raise the profile of players and the sport in general, as well as improving uptake among children.

Adidas oversaw a campaign that focused on the players themselves, which saw then given glamorous makeovers, and encouraged to interact regularly with fans through a blog set up for that purpose. The sportswear manufacturer hosted a chant competition, in addition to promoting and producing six viral videos that showcased the sport’s speed and power.

The videos were a huge success, with 5.5 million unique views, and along with the blog and chant competition, helped shift public perceptions of the team. Since then, the company increased its presence in the Chinese market, partnering with two sports stars; swimmer Ning Zetao and Hui Ruoqi, current captain of the women’s volleyball team, as part of the sports brand’s ‘One in a Billion’ campaign.

The campaign is part of a wider initiative from Adidas which includes football and basketball, aimed at making them the largest sports brand across the country, by 2020.

China’s 2016 gold medal success wasn’t a one-off. Since volleyball made its Olympic debut in 1964, the women’s side have won gold three times, along with one silver and two bronze. When they won a world title in 1981, the ‘women’s volleyball ­spirit’ became a source of inspiration across Chinese sport.

This spirit is embodied in China’s coach Jenny Lang Ping, who not only led her side to glory in 2016, but was also the focal point of the side’s successful period during the 1980s – a time when she was dubbed ‘Iron Hammer’ by fans for her aggressive spikes.

Lang, earlier in her career had been criticised for her supposed lack of patriotism and support for the Chinese state after heading to the United States to study, once her playing career was over. She eventually became coach of the USA women’s team, leading them to victory over China at the Beijing Olympics and to the label of ‘traitor’ from certain sections of the Chinese public, as well as apparently displaying a ‘distrust in the Chinese Communist Party-led sports system’.

Lang’s 2016 Olympic gold with her home nation brought her back into the public’s affections. The only reason she agreed to the post in the first place was on the agreement that there would be no interference from authorities above.

The Soviet Union (four Olympic wins) and Cuba (three wins) have also enjoyed great success, suggesting a relationship between communism and the sport. This is also reflected in the men’s game. However, part of Lang’s recipe for success was to distance her training from the quasi-militaristic methods that had been prevalent beforehand. It was a move away from the state-sponsored program that would lend itself to sports in communist countries, preferring to encourage her players to embrace individuality, as well as greater creativity.

Next year, the Chinese will be one of the favourites going into the FIVB World Women’s Championships in Japan, with fans eager to see if they can follow up their Olympic gold with a world title. The men’s tournament will be held at the same time but in Italy and Bulgaria.

The team haven’t been world champions since Lang’s playing days, when they won back to back titles in 1982 and 1986. In 2014 they lost in the final, to the USA.

Millions of fans will expect them to go one better next September.