Chinese ESports Is Making up for Lost Time 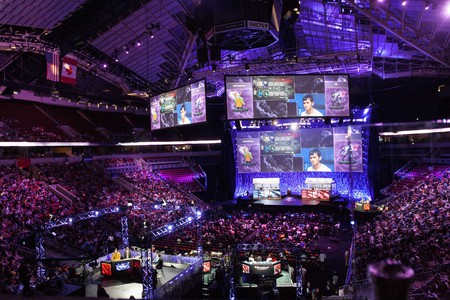 After lifting the ban on the purchase of western consoles, the Chinese eSports industry has been making up for lost time. As eSports continues to grow, China has become a huge part of its success.

The rise of eSports is no longer news. The sheer number of people playing, and the amount of money of involved, has led to game launches as big as any film premiere. The biggest rise of the last decade is to do with how gaming has become a spectator sport for the masses. When the world championships for the multiplayer fighting game League of Legends was held last year, aside from the tens of thousands in the arena watching, it was broadcast online to 43 million people worldwide.

The game itself doesn’t matter too much; whether it’s League of Legends, Street Fighter, FIFA, or Call of Duty, is irrelevant, demand is enormous regardless. Gaming has been accepted (within most circles, or at least far more than it used to be) as a serious sport. In the 2022 Asian Games, eSports will be included as an event. Olympic recognition may not exist yet, but the International Olympic Committee has shown a recent trend to add sports that appeal to new young audiences (skateboarding and surfing for example), and so imagining eSports at the Olympics is a logical step forward. The group organising the Los Angeles bid for the 2024 Olympic Games has publicly stated they’re considering eSports as part of their bid process.

In China, the businesses now involved in eSports is as good an indication as any in terms of weighing up its importance. Tencent (the investment company), Baidu (web services) and the biggest of them all, the e-commerce business Alibaba, have all invested in eSports. In the case of Alibaba, their initial $150 million investment included hosting the World Electronic Sports Games with the endorsement of International Esports Federation, as well as ‘planning on building eSports stadiums across China, in efforts to make eSports “a way of life,” according to IeSF.’

According to Newzoo, the market intelligence firm, 560 million people, or 70% of China’s online population, play computer games. It would be strange if big businesses weren’t interested. Customer loyalty in gaming is also on the rise, as consumers are drawn to to specific games, they are also drawn into favouring particular teams.

One major difference that the Chinese gaming industry is how PC games dominate over consoles such as Xbox or PlayStation. Niko Partners market researcher Lisa Hanson explained; “Consoles were banned in China since the year 2000. The government thought that was the best way to protect Chinese youth from wasting their minds on video games, after a parental outcry. The following year, online gaming exploded, and the market size hit $100 million. So the ban didn’t stop the problem.” The greatest irony is that the vast majority of consoles are designed and built in China. The ban was eventually lifted in 2015.

When the ban was lifted, the Chinese games sector was said to be worth $10 billion. This was made up of PC gaming, smart phones and a smaller part through black market console sales. In a restricted environment it was already huge. Two years, on it’s astronomic.