Why This Chinese City Has Been Nicknamed “The Eastern Amsterdam” 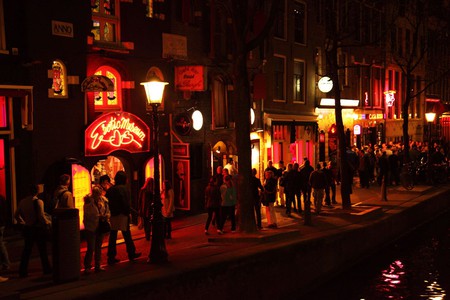 The Chinese city of Dongguan has earned the nickname “the Eastern Amsterdam” for its huge underground sex trade and expansive red-light districts.

From the World’s Factory to China’s Capital of Sex

Dongguan, a city in southern China in the heart of the Pearl River Delta, has had a mixed reputation. At one time, Dongguan was considered “the world’s factory” and was a shining example of China’s economic miracle. It became the centre of the country’s huge manufacturing industry, churning out cheap shoes, toys and clothing with the ubiquitous “Made in China” label.

However, Dongguan soon gained the undesirable title of the Capital of Sex. At its height, between 500,000 and 800,000 people—some 10% of the city’s migrant population—were employed in the sex trade, according to the South China Morning Post. As home to the country’s largest red-light districts, Dongguan was soon dubbed the Eastern Amsterdam. 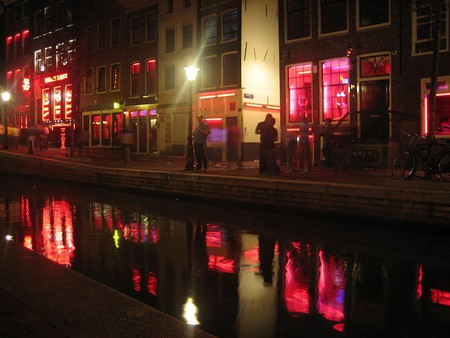 Although prostitution is illegal in China, the world’s oldest profession flourished in correlation with the booming manufacturing industry. In 2012 and 2013, the city was better known for rampant prostitution than manufacturing, and it became a hotbed of vice, even spawning the phrase “Dongguan-style”, a term commonly used in prostitution circles.

In 2014, authorities finally started to crackdown on the sex trade, and 6,500 police raided almost 2,000 venues. However, such was the enormity of the sex industry that economists estimated the crackdown would wipe out some 50 billion yuan ($8 billion USD), or one-tenth of the city’s annual revenue, from the economy, which would include slowed transactions for businesses, such as hotels, shops and restaurants.

Rather than disappear, it seems the sex trade was pushed further underground. Many of the estimated 250,000 sex workers who were working before the crackdown are now forced to work underground and are exposed to greater risks.

The City Where Men Have Three Girlfriends

Many local manufacturing bosses in Dongguan prefer to hire female workers, who they consider more reliable. As such, there is a population disparity, with 89 men for every 100 women, according to The Independent. This has created a polyamorous subculture whereby it’s considered normal for men to have several girlfriends at once.

After an economic slump and losing out to other neighbouring cities on the manufacturing front, Dongguan is said to be undergoing a high-tech rebirth. As part of the Made in China 2025 campaign, city leaders plan to transform industry, develop smart manufacturing, and become a centre for robotics manufacturing for artificial intelligence and other high-tech electronics. However, it remains to be seen if the city will ever be relieved of the shadow cast by the notorious sex trade.