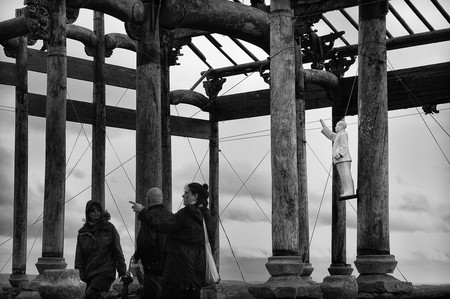 Provocative and conceptual, the artworks of celebrated artist Zhang Huan possess brilliantly juxtaposed qualities of quiet contemplation met with an electric energy. Born in 1965 in Anyang in China’s northern province Henan, Zhang is one of the contemporary art world’s most influential figures, his work spanning the realms of sculpture, performance art, print, drawing, painting, and large-scale installation. Rich in tradition yet loud in social commentary, this larger-than-life artist finds ways to perennially question and reify his identity rooted in his homeland.

Zhang Huan is masterful at simultaneously honoring and challenging the traditions of his native China. His creations possess a tidal energy; a seemingly infinite, entirely organic, and altogether universal push/pull between innately identifying with and consciously rejecting elements of one’s national (and by definition, personal) history. Zhang’s works spark a conversation one can relate and contribute to, culminating in complex discussions surrounding what truly constitutes the ‘self’. 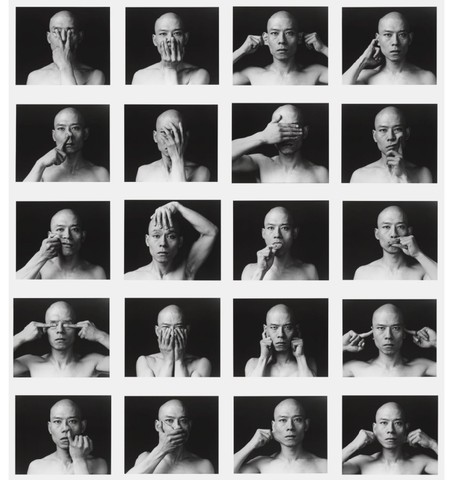 The beginning of Zhang’s career in 1990s Beijing was marked by a series of jarring performance pieces that set him apart as an artist, cementing him amongst China’s new wave of influential contemporary thinkers. He began a two-year program at the prestigious Central Academy of Fine Arts in 1991, and since graduating in 1993, the artist has long-explored societal issues such as overpopulation, politics, and religion through visually striking and often sensory works.

Zhang emerged professionally in Beijing’s East Village where he collaborated with contemporaries from other disciplines, but his fascination with visual art was sparked by his own rural upbringing long before. He developed a particular enthusiasm for classical pastoral scenes; specifically, the work of French painter Jean-François Millet. 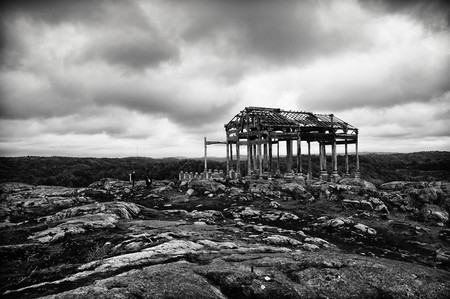 Zhang’s first major performance was an unannounced piece titled Angel (1993), in which he laid almost completely naked, covered in red liquid and surrounded by dismembered doll parts at the entrance hall of the National Art Museum of China. He gathered the toy appendages and assembled them into one complete child, which he then hung from a rope in the exhibition hall. Conceptually, Angel was a response to China’s one-child policy, questioning the strength of a citizen’s ‘free’ agency. The shock factor of his performance caused staff to close the museum early, but it put Zhang on the map as a man who would go to great lengths for his craft.

In 1998 the artist moved to New York City, where he lived for eight years and established an international presence. In 2005 Zhang returned to China, moving into a large studio in Shanghai. In China’s largest city, the artist was captivated by its time-honored elements – and his creations followed suit. During this period of his life, he focused on the ‘traditional’ art forms of sculpture and painting. 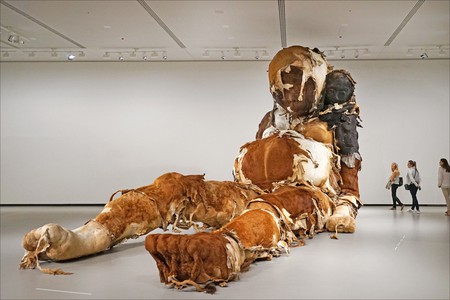 Throughout the years, Zhang’s work has commonly depicted Confucius and Buddha as icons as well as conceptual themes such as philosophy and religious practice, employing materials with ritualistic significance like incense and ash. In 2014, New York state’s Storm King Art Center presented Zhang Huan: Evoking Tradition, showcasing the artist’s large-scale installations outdoors, including an exhibition of smaller sculptures, drawings, and video from the last ten years in their museum. This stunning multimedia exhibition revealed Zhang’s obsession with the ‘contemporary condition’, unavoidably interlaced with, regenerated and complicated by history. While some of the works on view at Storm King were more recent, the presence of human fragments and body parts were notably reminiscent of his original Angel. 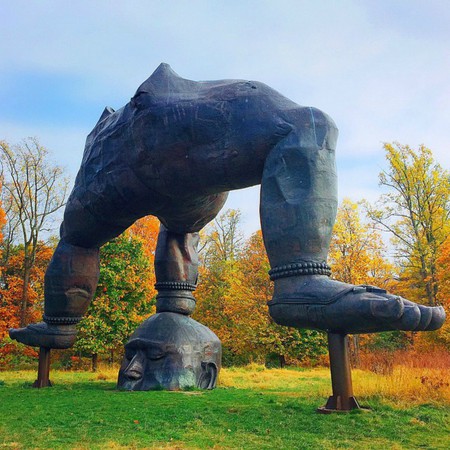 Today, Zhang’s works can be found in the collections of major global institutions, from New York City’s MoMA and the Guggenheim Museum to the Queensland Art Gallery in Brisbane, Australia, amongst countless other exhibition spaces from galleries to theaters. In 2015 he was selected for three solo exhibitions: one at Pace Gallery in New York City, another at Carriageworks in Sydney, Australia, and a third in Salzburg, Austria. That same year, he also served as the Director and Set Designer of Handel’s opera, Semele, at the Brooklyn Academy of Music.

Most recently, Zhang took part in three group exhibitions: Bentu: A Selection of Chinese Artists in A Time of Turbulence and Transformation at The Fondation Louis Vuitton in Paris, Takashi Murakami’s Superflat Collection at the Yokohama Art Museum in Japan, and M+ Sigg Collection: Four Decades of Chinese Contemporary Art at ArtisTree in Hong Kong. He now resides in China, but continues to exhibit throughout the United States and Europe to enlighten Western audiences with Eastern motifs and contemporary concerns.