China’s Space Program Targets the Moon and Beyond

The next boots to hit the surface of the moon may not belong to NASA or the Russian Federal Space Agency, but to China’s space program. And besides its lunar ambitions, the country is also a dark horse in the race to reach Mars. 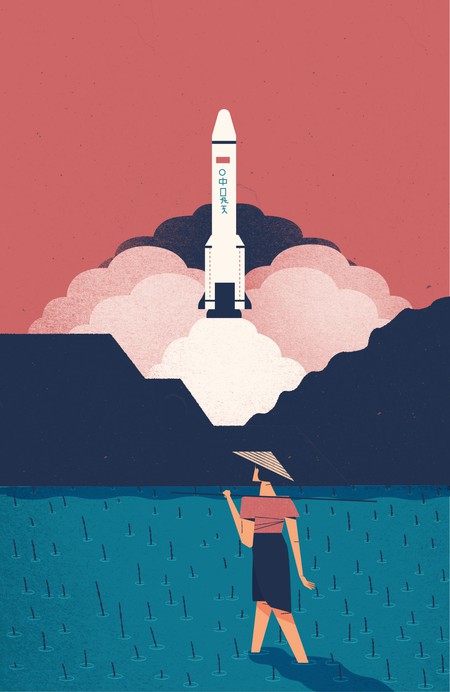 China’s space program may be behind the likes of Russia and the U.S., but it’s ambitions certainly rival them.

The country only launched it’s first satellite into space in 1970, a few months after America put men on the moon, and way after the USSR first launched a satellite in 1957. Now China appears to be catching up. So far, in 2017, there have been 11 rocket launches in China. In comparison, 25 rockets manufactured in the U.S. have been launched, and 17 manufactured in Russia. And in 2016, China made 22 attempts, equalling the number of American launches and beating Russia by three.

“China is the third country in terms of the ambition, scope and scale of its space program,” says Brian Harvey, author of the book China in Space—The Great Leap Forward. “The annual rate of launches by China has been increasing quite steadily for the past ten years.”

The U.S. is the standout space-faring country. Besides having a gigantic budget compared to other space programs, NASA has visited planets that no other country has. In fact, unmanned American spacecrafts have effectively conquered our solar system.

For China, the distant planets of our solar system are not in current plans, but the country has already broken into one elite club. “In 2003 China launched its first astronaut Yang Liwei into space, so that means China became the third and remains only the third country able to launch its astronauts into space,” Harvey explains.

It should really be no surprise that China is now such a big player in the space race. Solid evidence suggests rockets were being used in China by the 13th century, way before anywhere in the West used them in any context.

“China does have a very long history in astronomy and rocketry. Astronomy was being done in China in 2000 BC, the first astronomy we think was done by the Egyptians before that but it was the Chinese after that,” explains Harvey. “The Chinese have a very rich record of astronomical observations that go back at this stage about 4,000 years, and they’re very much aware of that. Chinese star maps in the 8th century were better than anything done in Europe until the 16th century.”

Harvey explains that the rocket was invented in the 13th century in China and boasted many key features that modern-day rocketry utilizes, like fins, nozzles, directional instruments and they even developed two-stage rockets.

This extensive history in two of the most important space fields—rocketry and astronomy—underline the extent of China’s ambitions in space. There’s a strong chance that the next person to walk on the moon will be part of the Chinese space program, an achievement that would mark a significant milestone in China’s lunar exploration.

The next two missions are even more ambitious. Chang’e 4 aims to put a lander on the far side of the moon, something no country has ever done before. And the Chang’e 5 mission aims to gather samples from the surface. But no manned mission to the moon has been announced yet, despite some heavy speculation.

“There’s talk about it yes but it has not yet been approved as a government project,” says Harvey. “I would always draw a distinction between individual scientists in China campaigning for a manned moon mission with actual government approval.” 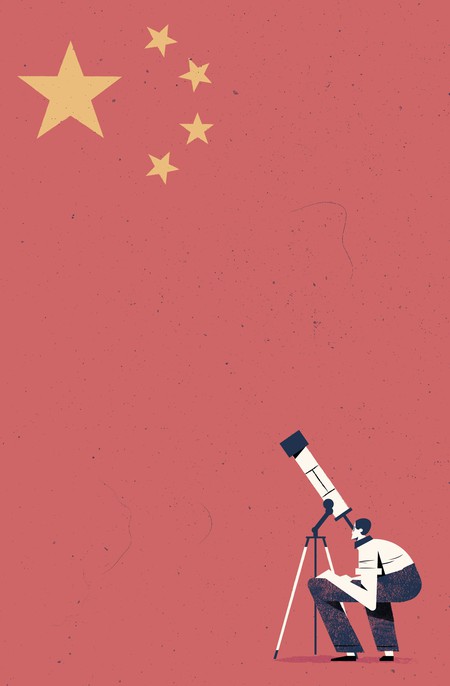 But there are major signs that a manned mission to the moon is on the way. China is building a very large rocket called the Long March 9, which is comparable in size to the biggest rockets of America, Russia, and the likes of SpaceX. This rocket will be able to take a lander to the oon that is much bigger than the American lunar module, and may be able to facilitate longer stays on the moon. The first flight for the Long March 9 is scheduled for 2028, according to Harvey.

“The Long March 9 is an approved project, but the objective of landing on the moon has not yet been approved. But given the current direction I’d be surprised if it was not,” he says.

The motivations behind China’s space program are similar to those of other countries. National pride plays a big part, as does the desire to improve the technological and economical standing of the country.

China’s forays into space will grow more ambitious over time, despite some setbacks in the past year. The country is going about its work without the frenzied rush associated with a space race, and may yet be the first to take humanity to the Red Planet.

“We know that China is considering a human flight to Mars. And in some of the documentation published that [mission] has been associated with the date 2040,” says Harvey. “A particular feature of the Chinese space program is that I don’t think they see themselves as racing with the American or Russians. They’ll go there in their own steady time. But it is possible that they’ll get the next humans onto the moon and could yet be the first humans on to Mars—it’s quite possible.”