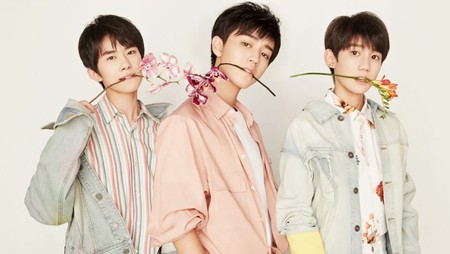 The rise and popularity of China’s “little fresh meat” are challenging the traditional role of masculinity. The cultural phenomenon of celebrating androgynous men is feared by some to be hurting the country’s national image. Meanwhile, others believe there’s plenty of room for diversity.

Left to guess, “little fresh meats” is a phrase you might expect to hear at your local butchers. In actual fact, it’s a phrase at the centre of a fierce debate on the notion of masculinity in China.

Xiao xian rou, or “little fresh meats” (in English), has been around for several years and is used to describe a young generation of Chinese male heartthrobs that are known for their more effeminate looks.

Said to be following a trend of softer masculinity originated by their counterparts in Japan and South Korea and made popular by K-Pop, J-Pop, anime and manga, these idols embody a new form of male beauty, one of a well-groomed, boyish appearance that appeals to female millennials and their romantic preferences.

Even less than a decade ago, the male heartthrob portrayed in Chinese media was still the stereotypical tough guy. However, these days it seems beauty is coming before brawn, as immaculately groomed men with more delicate, elfin features are winning the hearts of young women.

Scoring top roles in movies, TV series and becoming the biggest pop stars, “little fresh meats” have the largest social media followings and are in demand to front multimillion dollar advertising campaigns. They are shaping new representations of male beauty, in stark contrast to the traditional macho stereotype that previously dominated.

Among the most popular of this new crop of androgynous heartthrobs include popular teenage-boy band the TFBOYS and Chinese singer and actor Lu Han, known as the ‘Chinese Justin Bieber’. With his 40 million followers on Chinese social media site Weibo, Lu Han been been the face of several advertising campaigns, including more recently for cosmetics brands.

The phenomenon is also having a knock-on effect among male millennials who are feeling more pressure to invest in their appearance and use it as a form of social capital. According to market data firm Euromonitor, the men’s beauty market in China will see nearly 7% growth in 2018, to reach about US$2 billion.

Many feel the popularity of “little fresh meats” is a testament to the power of the female consumer. It’s believed that Chinese women are using their buying power to forge the ideal male figure — one who is beautiful, understanding and non-threatening.

TV shows and movies starring “little fresh meats” – with their huge female following – are more likely to be given the green light, especially since Chinese television drama audiences are dominated by women. Several media commentators have suggested this demonstrates how women’s purchasing power is having a massive impact on shaping what desirable masculinity is today and how male roles are represented in the media.

Whilst many believe it’s about time for greater diversity of male roles in media, others are less impressed. Some, including high ranks of Chinese authorities, are of the opinion that the trend has gone too far and that androgynous men are “poisoning China’s youth” and are emblematic of a “sick culture”.

Recently China’s influential state media Xinhua joined the debate. They published a critical editorial slamming the portrayal of men in Chinese media, claiming that “sissy pants” or “little fresh meats” — who they describe as effeminate young men who use make-up, are slender and wear androgynous clothing — were hurting China’s national image, especially since the country is increasingly trying to flex its economic and military muscles to assert itself as a world superpower.

Others have been quick to condemn Xinhua’s piece, including Party-run news outlet People’s Daily, who argued that terms such as “sissy pants” are highly derogatory, stating that a man’s value should be measured by his character, not his outward appearance.

Popular Asian actor Lawrence Wong agrees that the criticism by state media was too harsh. He believes there is more than enough space in the Chinese market for many portrayals of masculinity.

“China is a huge country, with all sorts of people. Different people appeal to different audiences, I think the market is big enough for all types of male artists.” Wong told ABC’s “The World“.