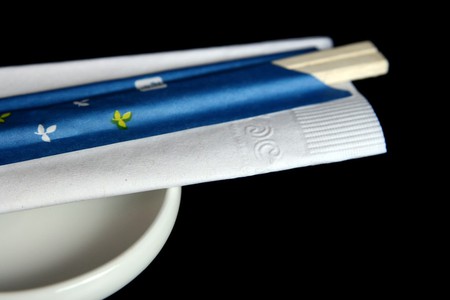 Not everyone needs disposable chopsticks with every order, says the Green Volunteer League of Chongqing.

Food-delivery services are booming in China. According to the South China Morning Post, 256 million people in China used an online food ordering service last year, a number expected to rise to 346 million by next year.

Those food services, however, are currently under fire by at least one Chinese environmental group for the amount of waste they produce. Not only does food delivery require plastic bags—now banned in many places around the world—as well as many individual-sized plastic containers, but diners don’t even have an option of requesting that often-unnecessary disposable chopsticks not be included with their order. The minimum number of chopstick pairs you can order is “one” rather than zero on many of the major apps.

Just one of China’s major delivery services alone, Meituan, processes more than 10 million orders a day. And in a country like China, most people who’re ordering food would already have a pair of reusable chopsticks that they could employ. If at least one pair of unnecessary disposable chopsticks is sent with each order, that’a lot of chopsticks that are being wasted. 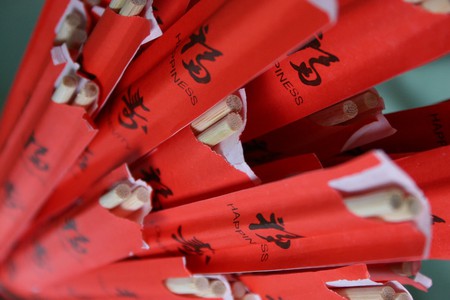 So an environmental activist organization, Green Volunteer League of Chongqing, has filed a lawsuit against three of the main food-ordering companies, Baidu, Meituan and ele.me. The group is looking to require that the apps introduce a feature asking whether customers require utensils or not; “no” would ideally be the default option.

Will this effect enough of a change to slow the destruction of China’s forests? We can’t say, but it would at least be a step in the right direction. To do your part, decline disposables whenever possible.